Recap: Nuggets fight back against a late Thunder rally, winning 121-112 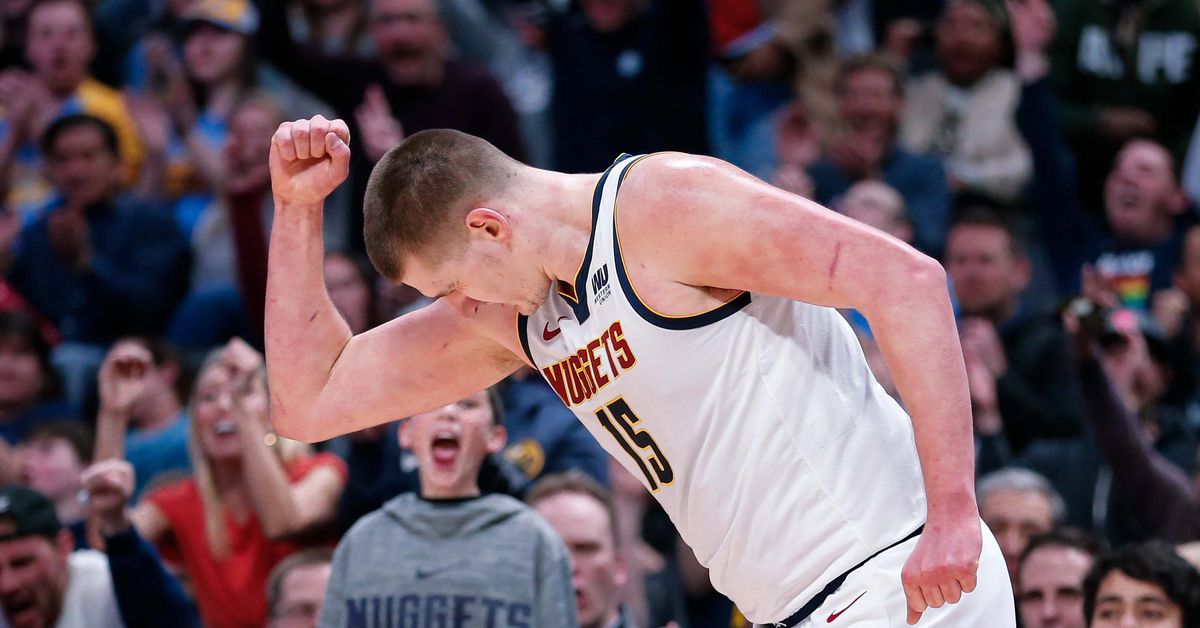 Oklahoma City Thunder set a scare into the Denver Nuggets with a strong fourth quarter asking, but Nuggets pulled away late to go to 3-0 in the season against Thunder with a 121-112 victory. Nikola Jokic just missed a triple double with 36 points, 10 assists and 9 rebounds, and both Jamal Murray and Will Barton scored 20+ points with crucial bucks over all four quarters. Denver built an 18 point lead at some point, but – reminiscent of times last year – fumbled it off in fourth.

OKC had a bad shooting night from Paul George, but got big contributions up and down the box's score from him, including 6 steals. Russell Westbrook only took 1

4 shots (comes up with a help shy of his own triple double bed), but they played hard on the defense, and with Steven Adams and Nerlens Noel had a good big man rotation to challenge Denver. In the end, however, they could not solve Jokic, and it turned out to be the difference.

Jokic took the ball into the paint and then went out of a double hold for a Malik Beasley opening three. Jokic and Adams exchanged buckets on each other and both teams attacked early painted. The ending was a bit sloppy and a change over Paul George dunk followed by another Adam's bouquet made it 13-7 OKC early.

Jokic made a few free throws and switched a three to close it back, and Barton ended up in the field to resume lead 14-13. The team had their insult driven by a stiffer defense, and both Murray and Will Barton pushed the ball into transition. A beautiful baseline finish by Barton out of a Jokic pass up the crowd and gave Denver a 20-15 lead.

Plumlee had a nice finish on an open, but thunder was tied up at 22 with effort and transitional skills. Isaiah Thomas checked in with a few minutes to go in the first, and after a little more careless finishing, Isaiah hit a three pointing curl and it would hold Denver up after one, 29-26 despite a botched final shot in the quarter by Monte Morris.

Torrey Craig filled Dennis Schroder to force a bounce ball, and Mason Plumlee was then called for a fee, as the full-blown game continued in the second quarter. Schroder ended a nice floater, and Denver was called for 4 errors in the first two minutes, when refs made sure to be noticed on TNT. Denver allowed a ton of rebounds, but OKC couldn't convert, while Denver could only put 2 shots into Thunder's 10 in the first 3 minutes.

Jokic came back with Nuggets down 37-34 and scored immediately, then worked over Adams with a bunch of moves and fakes to score in the paint. A Thomas pull-up three followed by a Murray corner 3 made it 44-38 Denver halfway through the quarter. OKC fought back in the transition, but Denver was under pressure. Murray and Jokic worked an inside game and a reverse pick and roll to put Denver up 8. George hit a monster dunk, Murray scored a beautiful step back to answer, and then an excellent passing sequence led to the first of two -points from Jokic who put Denver up 13 in half 64-51.

Jokic missed his first shot in the second half while Westbrook and George each hit three to cut the thunder deficit to 8. After a timeout Nuggets took a page from the Thunder's playbook and attack the rim. Denver blew some paint buckets, but the beautiful Barton-assisted three at Malik Beasley put Denver back 9, 72-61. Beasley had a good start to the third quarter, and Denver picked up the intensity to match OKC. Jokic went the length of the floor to a finish by the rim to make it 78-67 when the benches began to filter.

Barton swung three after another Jerami Grant finish, and Jokic swung the ball out to Murray for another three, and Jokic responded to a Westbrook finish with a three of his own to stretch the lead to 16. Grant hit three in response but even with Jokic on the bench and a banquet half point three at the builder of a steal from Paul George Nuggets, their double-digit lead maintained at 91-78.

The beginning of the fourth was a comedy of flaws from Denver, with conversions, Torrey Craig being blocked by the rim and then a Nugget's quick break being filled. Denver held his double-digit lead and then Nerlin's Noel offset Gary Harris in the air after a touch error was called on Raymond Felton. It was called a technical error, but offset by Harris throwing the ball on Noel heading down for his own tech. Isaiah Thomas hit a paint bucket, but Thunder closed at 95-87 on a rebound and three from an energy-saving Paul George.

Denver's bench continued to fall when the thunder went into a pair of pants thanks to the pressure from OKC, which led to Nuggets turnover, forcing Jokic and Millsap to return early. OKC's Morris twin made a three, and a couple of steamers by Paul George closed it for 97-94 on a 21-6 round. Denver had a turnover of 5 sales in 6 possessions, and Shroder's three-point tied game. Westbrook gave the thunder the lead when Denver couldn't make any real spruce in the first half of the last frame.

Jokic missed a few free throws, but Millsap grabbed the rebound and finally set points on the board for a desperate Denver team. Millsap then got a block and a help for Murray to settle down Denver and get them ready for the fight against goals.

Millsap continued to work at both ends of the court, but Paul George and Russell Westbrook forced their way to the line to make the difference. Nelens Noel fouled out on Jokic, who made his free throw this time, so Denver turned over the Thunder on back to back belongings.

Jokic forced his way into paint and dished to Murray for another three to make it 110-104 Denver by two minutes to go. Jokic scored again as Denver's closer, but OKC made their bones on the line to keep it a two possession game. Jokic heard the MVP song again on the line, and Murray got the revenue from Westbrook with active hands. Jokic hit the dagger freaks with a minute to go so released the ball as it was stuck on the back plate – he just did everything. Barton came to the line and exclaimed Denver's third victory in three attempts against Thunder this season.

– Nuggets fought got their nerves all night, but eventually got them under control. They came out shaky and took a few shots from OKC early, but Denver took his way back into the competition in the middle of the first quarter. Jokic led the way, but the boys calmed down and entered their roles as the game continued. The thunder made their run, especially during the absurd stretch in the fourth quarter where neither the bench nor the starters could do anything right, but Paul Millsap had several key minutes down the line to hold the ship at both ends of the court and then Jokic and Murray closed it out.

Denver never lets the inconvenience and the bad breaks come to them and keeps their faith in a victory. They refused to let Thunder snatch it away, and it is good for the rest of this regular season as well as the playoffs.

– Denver's bench had one of his worst performances of the year. They collected only 22 of denver's 121 points, 11 from Isaiah Thomas, and had no rhythm together. Torrey Craig missed several easy layups and dunks, Monte Morris made mistakes in the last few quarters that are unequal to him, and Plumlee struggled to score or rebound. One of Nuggets biggest strengths compared to last year is their bench, but tonight they didn't come through. Denver can't afford that kind of regression when Jokic is sitting. Finding the right bench rotation during the last 20+ games in the regular season is the key. Michael Malone tried to leave Isaiah Thomas in the game late for what I assumed was the cause of leadership, but he does not have the health or the defensive ability to help stop the tide against a team like Thunder. Getting everyone in the right roles is absolutely crucial. Tonight all these roles were off.