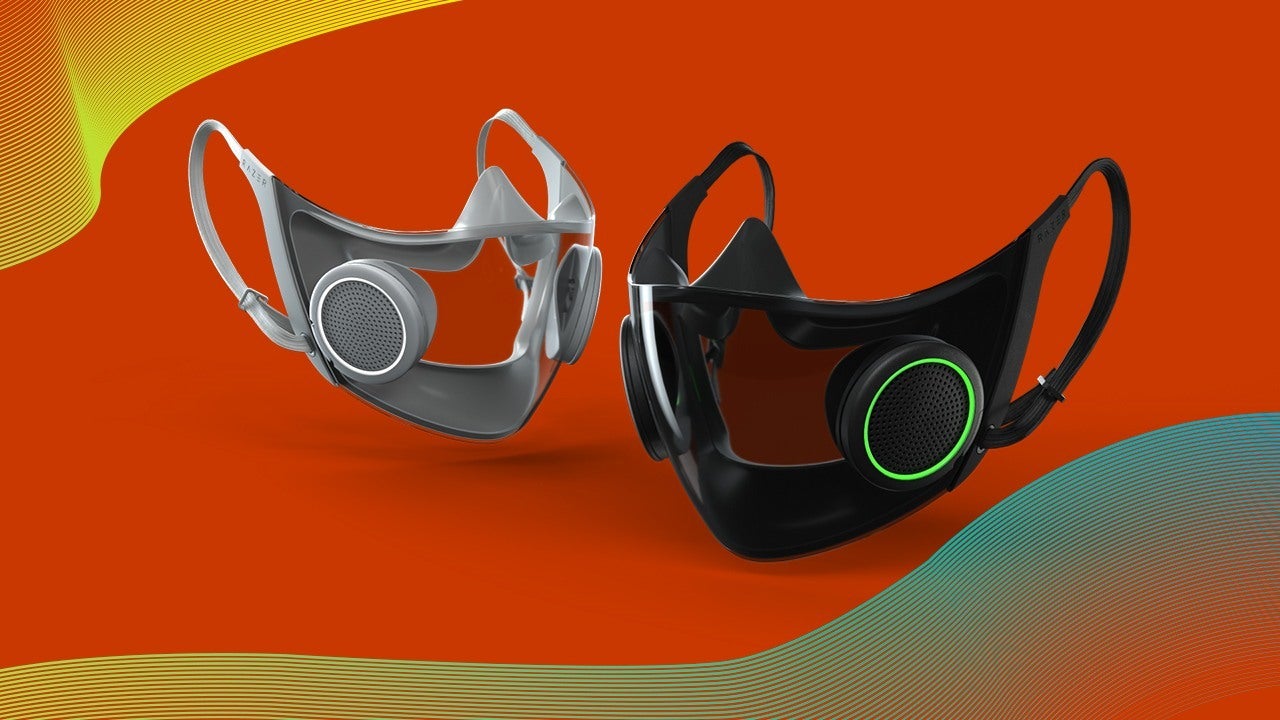 Razer loves going big at CES. In recent years, the company has shown everything from a portable gaming laptop to triple screen to a fully immersive racing simulator. This year, Razer is showcasing two concept projects: an immersive wheelchair and a high-tech face mask equipped with, in true Razer fashion, RGB lighting.Project Hazel is Razer’s recording of a “smart” mask. It would use a removable, rechargeable active ventilation system to regulate airflow with N95 medical respiratory protection to filter at least 95% of airborne particles. The design also has a transparent front panel so people can see your facial expressions, or when communicating with people who are deaf or hard of hearing, your lips read. The mask also uses a “VoiceAmp” technology with a built-in microphone and amplifier to prevent the mask from muffling your voice. And on top of that, of course, it has Razer Chroma RGB lighting.

To be clear, Project Hazel is obviously just a concept project, and it is very unlikely that it will hit the market in its current form, at all. That said, cheesy sci-fi aesthetics aside, it’s nice to see companies think of ways to take on some of the common complaints about masks, as they’ve become an essential part of everyday life.

Razer’s second concept this year is Project Brooklyn, an all-in-one immersive gaming chair. The idea is an ergonomic chair with built-in haptic feedback and a pull-out, wrapped curved screen. Visuals are provided by a 60-inch rollable OLED screen that retracts and folds into the chair when not in use. Similarly, the armrests are adjusted and pulled as needed depending on whether you are playing on a PC with a mouse and keyboard or a console with a controller. Again, this is just a concept product that will probably never exist as a real product, at least in its current form.

As for genuine products, Caz Razer also unveiled new versions of its Blade 15 and 17 gaming laptops, especially with a new 1440p display setting.

GameStop, Walmart Rebuilds PS5 and Xbox: How to Buy One Now – NBC News