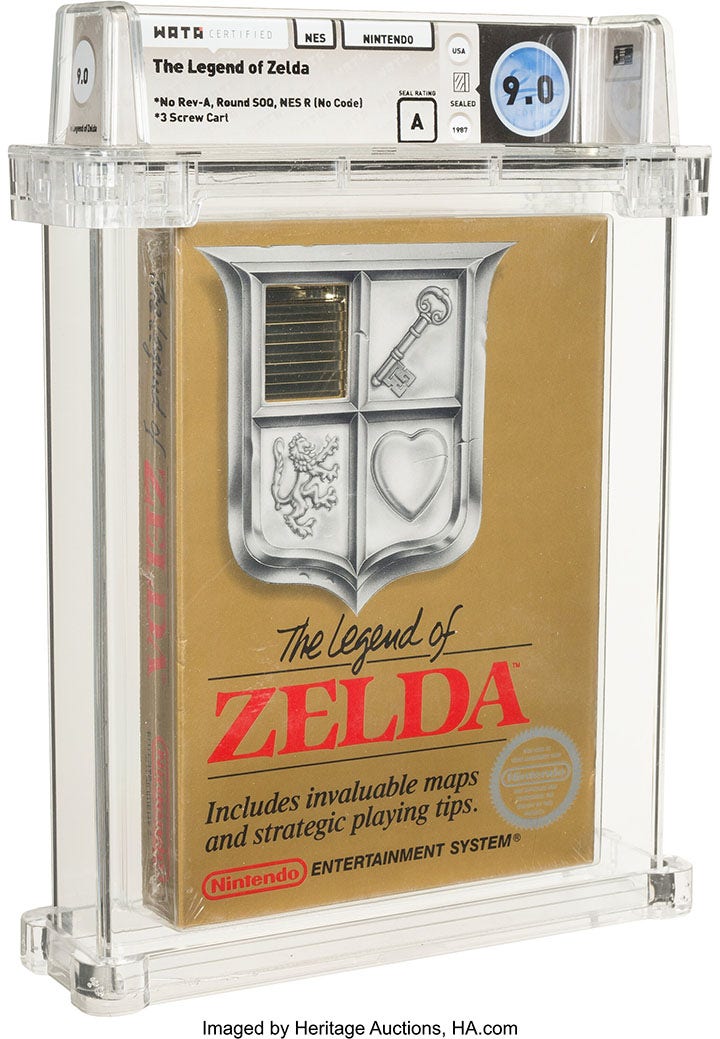 This certainly counts as a high score.

While “Super Mario Brothers” is without a doubt the most famous game for the original Nintendo Entertainment System, “The Legend of Zelda” was also very popular. Many people who grew up in the 80s probably remember owning the bright gold cartridge.

It may come as a surprise that some versions of this game are actually incredibly rare and are worth a lot of money.

The online auction site Heritage Auctions launched its first video game auction with a sealed copy of “The Legend of Zelda.” This particular copy is from one of the game’s earliest production runs, and the current bid at the time of writing this article is $ 110,000.

The original box for the game has apparently never been opened and is placed in another sealed plastic container. It has a rating of 9.0 from Wata Games, one of the most prominent game rating companies.

Although it is not very difficult to find used copies of “The Legend of Zelda”, this version comes from an early production run. The description of the auction says “No Rev-A, Round SOQ”, which is probably confusing for people unfamiliar with the history of video games.

According to Wata Games, early production of Nintendo games was made on cartridges that were connected with five screws, but were eventually updated to a new design with three screws. To mark the new cartridge design, Nintendo would put the code “Rev-A” on the box, which means that a box without this code has one of the early cartridge designs. “SOQ” stands for “Seal of Quality”, which was another brand Nintendo wanted to put on the boxes.

Although this particular game does not come from the first production run of “The Legend of Zelda”, only a single copy of this series is known. This version, which comes from a production run believed to have run in 1987, is considered one of the earliest known sealed copies of the game.

In a press release, Heritage Auctions Video Games Director Valarie McLeckie said, “‘The Legend of Zelda’ marks the beginning of one of the most important sagas in gaming; its historical significance cannot be underestimated. This is the only copy of this production run we “has ever offered in sealed condition, and may well be the only one we ever offer at this elite level of preservation for many years. Its rarity is better than any sealed game we have offered to date is a true collector’s item.”