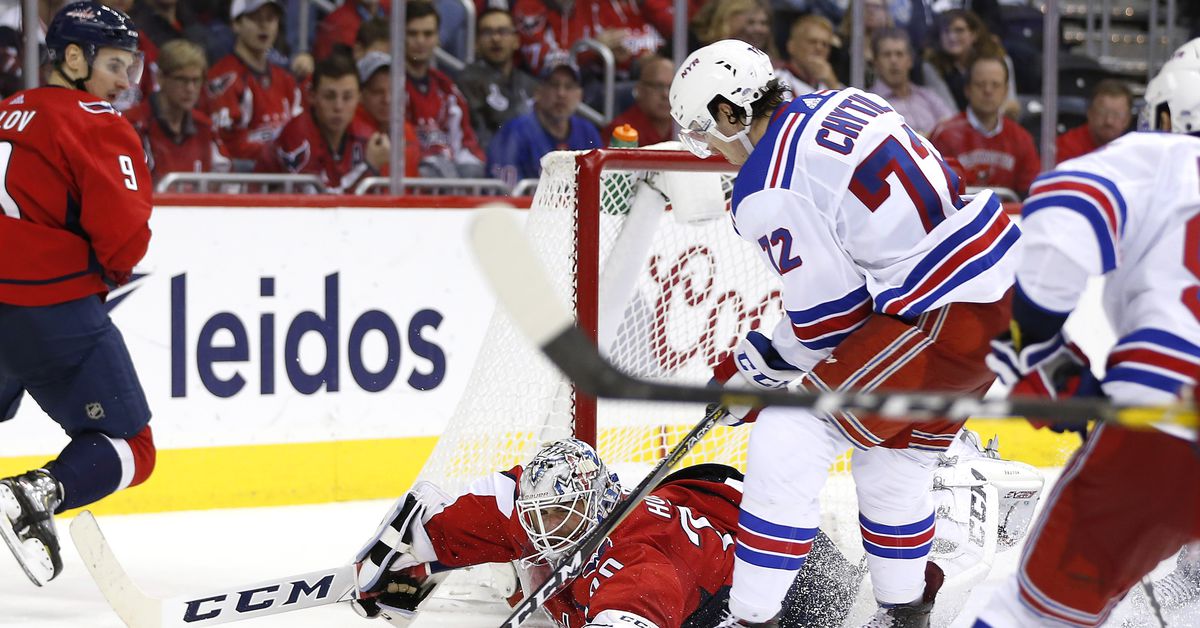 Mats Zuccarello-less The New York Rangers are in Washington D.C. to take over the capitals. Both Rangers and Capitals play in the second half of the back-to-back game, after Rangers won 5-2 over the devils and the capitals dropped 5-2 to the sabers.

After yesterday's game, Zuccarello was traded to the Dallas Stars, which you can read more about here and here. In anticipation of more trades, Rangers will again not play Adam McQuaid and Kevin Hayes, and will roll with the same lineup as yesterday with a change – Henrik Lundqvist in net.

33 -22
In goal it will be Henrik Lundqvist today. Other side of the ice, Pheonix Copely will be between the pipes to the capitals.