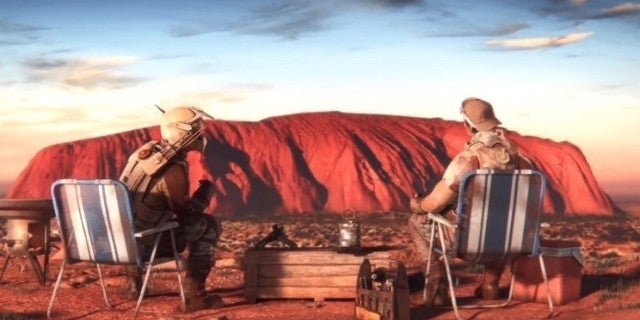 Ubisoft continued to release the new Operation Burnt Horizon content on Wednesday with another trailer, this one serving as a preview of the two Operators releasing soon. 19659004] Mozzie and Gridlock are considered to be the names of these two Australian Operators that will release as part of Operation Burnt Horizon, if previous leaks are to be considered. No matter what their names are, they've got a lot of personality each with Ubisoft opting for a more light-hearted trailer to show off the two new characters.

Rainbow Six Siege players have an The Operators' full details haven't been revealed yet. It's expected that one of them, Gridlock, is an attacker while Mozzie is a Defender. Gridlock is supposedly put down some type of web-like gadget that damages Defenders who are caught in the while alerting Gridlock's team of their presence, and Mozzie is supposed to have a device which allows the Operator to take control of enemies' drones. ] None of these details have been confirmed yet, but the trailer does provide some insight into when more information on the two operators will be revealed. Like Other It is expected that the two operators will have their kits detailed here as well as players know more about their weapons and equipment as well as their backgrounds that we see through briefly in the trailer.

Comments from Ubisoft about the start of the new Operation also lined up with these leaked details without explicitly naming the operators or their equipment.

Ubisoft's Rainbow Six Siege trailer for the Operators followed another look at the new Operation that was released just recently to show off the Operation's new map. Fittingly called "Outback," the new map is divided into three distinct areas, and Ubisoft explained in the map trailer how the level was designed to include several interesting components while still keeping map design clearly understandable by players.