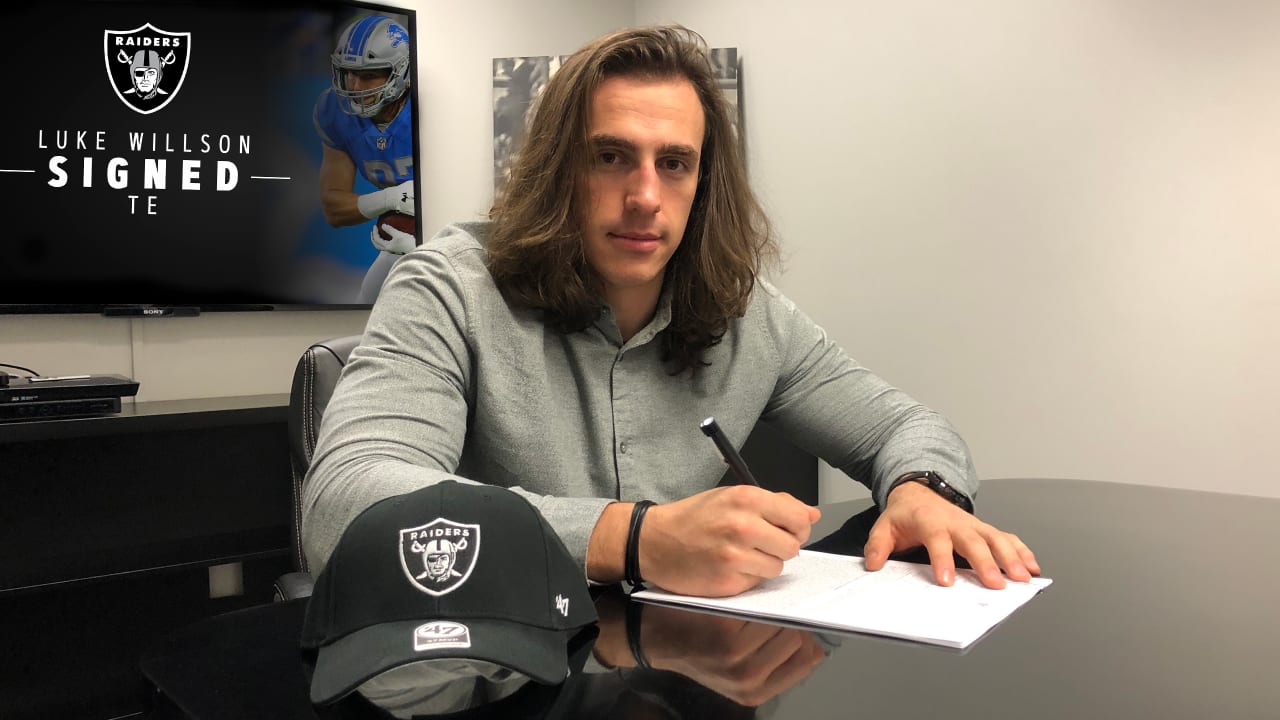 Willson joins the Raiders after spending the 2018 season as a member of the Detroit Lions. Prior to his year in Detroit, he spent five seasons with the Seattle Seahawks after originally joining the club as a fifth-round selection (158th overall) in the 2013 NFL Draft. Willson has played in 86 career games with 45 starts, recording 102 receptions for 1,216 yards with 11 touchdowns over his six-year career. In nine career postseason games, he has totaled 1

3 receptions for 154 yards with one touchdown.

Last season, the 6-foot-5, 254-pound tight end appeared in 14 games with eight starts for the Lions, posting 13 receptions for 87 yards. He recorded a career-high four touchdowns in 2017 with Seattle and set career highs in both receptions (22) and receiving yards (362) in 2014, while adding three touchdowns on the season. As a rookie in 2013, Willson played in all 16 games with seven starts, totaling 20 catches for 272 yards while helping the Seahawks win Super Bowl XLVIII.

A native of LaSalle, Ontario, Can., Willson appeared in 45 games about five seasons (2008-12) at Rice. He completed his collegiate career with 78 catches for 986 yards with nine touchdowns.