Quentin Tarantino Smokes and Cigar Days After Snapping at Cannes 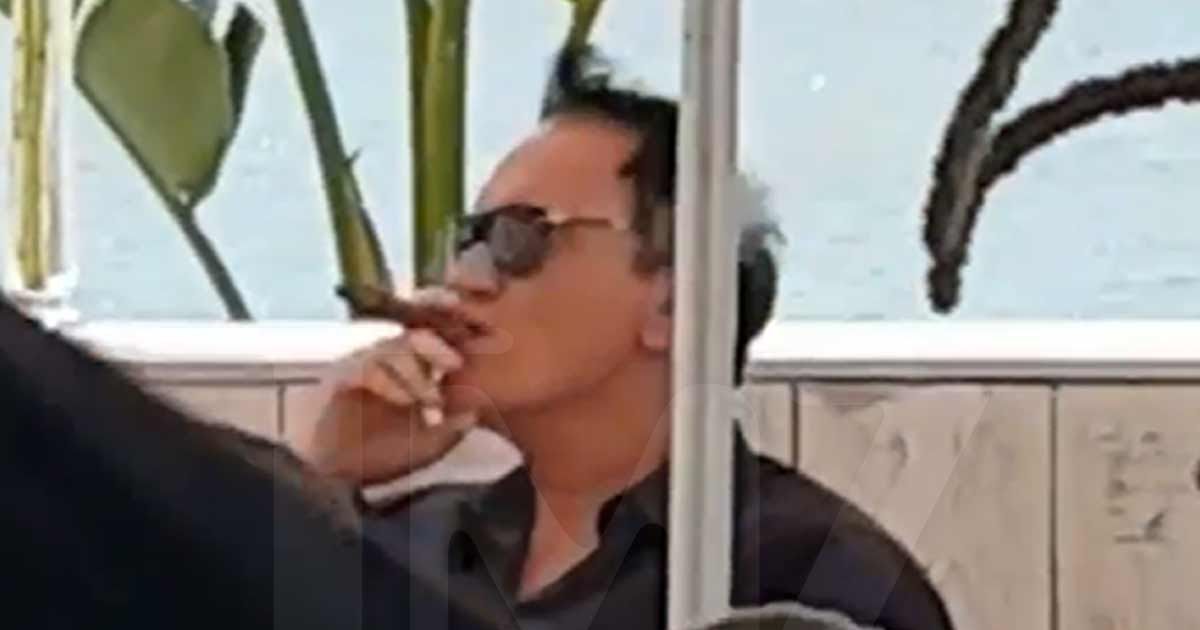 Quentin Tarantino just snapped at the Cannes Film Festival again – and by that, we mean snapping open a lighter and burning a mean-looking cigar after some bad press this week.

The veteran director was spotted hanging out on Saturday at Nikki Beach in the South of France, where he was enjoying the final day of the festival after debuting his newest flick, "Once Upon a Time in Hollywood," a few days earlier.

Eyewitnesses say Tarantino was minding his business while he sucked down the stogie. We're told he had a glass in his hand too, but it's unclear if or what he might have been drinking. More importantly, Quentin Tarantino snapped at a female reporter from The New York Times who asked why Margot Robbie wasn't given more to say or in his latest movie. Once Upon a Time in Hollywood "https://t.co/xACQXjyBu8 pic.twitter.com/5GraEtaSyw

After the 'OUATIH' screening, QT and the rest of the main cast – including Brad Pitt and Leonardo DiCaprio – hit the podium to answer questions from the media. One reporter noted Margot Robbie 's character – Sharon Tate – did not have many lines throughout the film, and asked why that came to be

Quentin answered curtly, "Well, I just reject your hypotheses "… and did not work any further. Margot did, but she thought she was able to capture Sharon's essence with

It's interesting … Quentin was widely characterized as having "snapped" at the reporter who asked the tough question "Once Upon a Time in Hollywood" theaters hit this July.