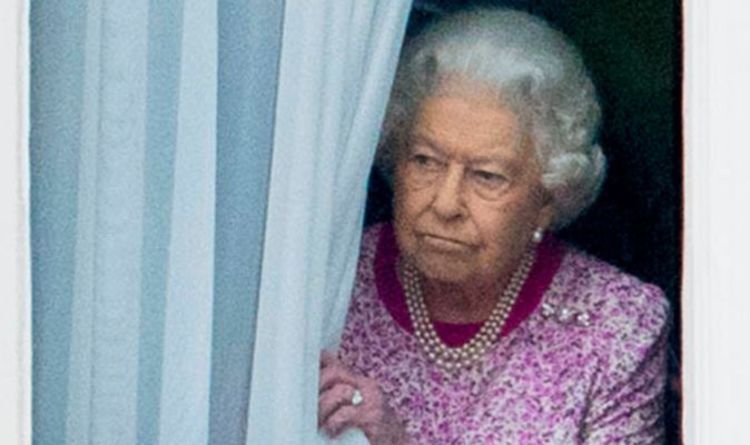 The Queen has long been praised for her collection at all times despite the pressure she faces to ensure that all royal visits take place effortlessly. Her Majesty has seen her patience and royal protocol on several occasions during her long reign, but she was reportedly forced to hide once to escape one of her guests. Royal author Robert Hardman suggested a controversial visit from the former Romanian leader, with the queen running for the bushes to avoid having to entertain her visitors.

In a talk with the ITV documentary “Our Queen: Inside the Crown,” Mr. Hardman how the news of the upcoming state visit by dictator Nicolae Ceaușescu had generated criticism from the public and concern that the Queen should host him and his wife Elena.

6;why are we inviting this monster to come to the UK.’

The Queen and Prince Philip welcomed the couple upon their arrival at Victoria Station and treated them with a wagon ride back to Buckingham Palace.

Her Majesty maintained her composure with which she appeared in public Ceaușescu, but the tension increased during his stay in the palace.

ONLY I: Kate and William stunned by cheeky residents’ remark during bingo – ‘Could have been better’

Sir. Hardman continued: “She once told a lunch guest, who again told me, on that occasion when they were staying overnight, she took corgis out on a tour of the palace gardens and she could see Ceaușescus coming the other way.

“She thought ‘I really can’t meet talking to them’, so the first and only time in her life she was actually hiding in a bush in the palace gardens to avoid her guests.”

During his long reign, the Queen repeatedly faced criticism for going along with government plans and welcoming controversial figures in the palace for state visits.

But Her Majesty was forced to welcome Ceaușescu after Romania pledged £ 300 million in aviation agreements in an effort to boost the UK economy.

Her majesty was also stated by French President Giscard d’Estaing to be aware of the couple after allegedly behaving “like burglars” during a previous visit to France.

The French leader warned that the Romanian couple “had looted their neighborhoods and had even hacked holes in the walls looking for bugging devices.”

In his book ‘Queen of the World’ Mr Hardman said Buckingham Palace took the advice to heart and made sure to remove a set of silver-backed hairbrushes from Ceaușescus’ Belgian suite.

Nicolae and Elena Ceaușescu were executed on Christmas Day in 1989 for illegally collecting wealth and genocide and became the last people killed by the death penalty in Romania before being abolished 12 days later.