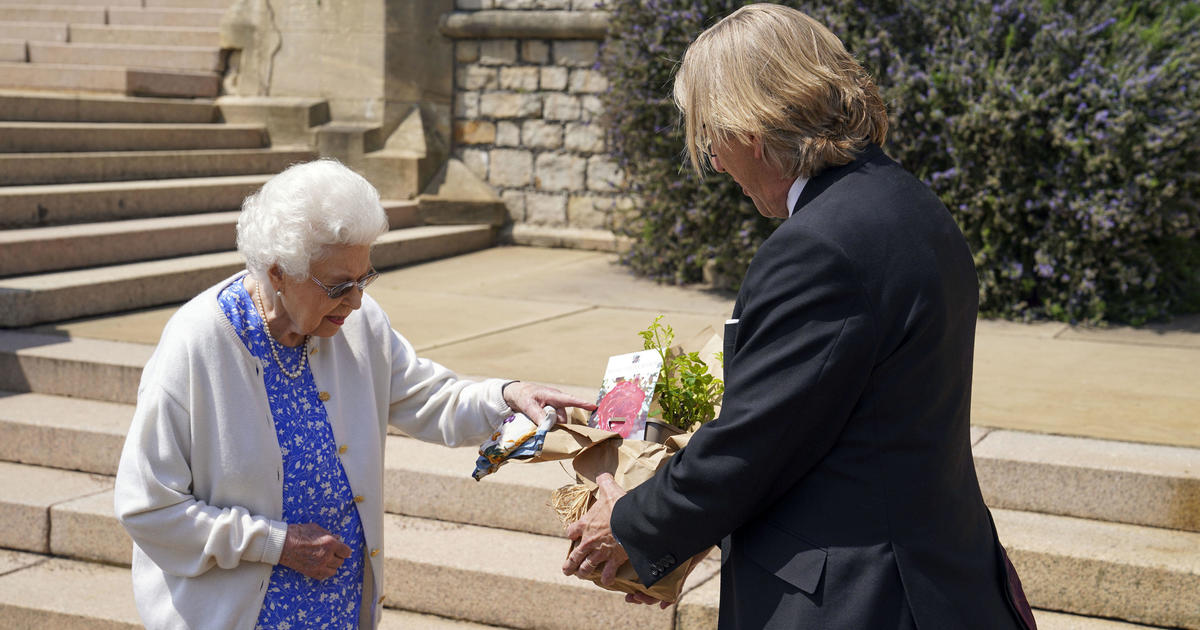 Queen Elizabeth II spent Thursday honoring her late husband, Prince Philip, on what would have been his 100th birthday. To celebrate the occasion, the Queen planted a rose, bred and named after Philip, the Duke of Edinburgh.

The pink rose, named the “Duke of Edinburgh Rose”, was bred by Harkness Roses and gifted by the Royal Horticultural Society, for which the Queen is patron, last week, Buckingham Palace announced on Thursday. It honors “all the amazing things he did during his lifetime and for everyone to remember so much that he did,” the community president told the Queen.

; and a “delicate fragrance.” The queen said the flower “looks lovely.”

With the Queen watching, the flower was planted at the rose border of the East Terrace Garden in her Windsor Castle home, where she has stayed most of the coronavirus pandemic.

Royalties from the share of each rose sold go to the Duke of Edinburgh Award Living Legacy Fund, which Philip originally set up in 1956. It supports young people in more than 130 countries.

“The fund will give one million more young people from all circumstances and backgrounds the opportunity to obtain a DofE award,” the palace said. “Each purchased rose helps establish new DofE centers, deepen existing support, and train thousands of leaders and volunteers.”

“By purchasing this rose you will also give a million more young people the opportunity to do their DofE Award, so not only is this rose spectacular to look at, but you will also raise money for a very worthy cause,” DofE Managing Director Philip Harkness said in a statement.

Prince Philip died at the age of 99 on April 9 after a month-long hospital stay. He had been married to the now 95-year-old queen for more than seven decades and was the longest-serving royal wife.


Several members of the royal family honored the duke on Thursday to mark his centenary. Prince Charles, the couple’s eldest son and his wife, Camilla, Duchess of Cornwall, shared a picture of a two-year-old Charles holding his father’s hand after the duke returned from a trip to Malta in 1951.

Princess Eugenie also shared a photo on Instagram with the Duke and Queen together at her wedding in 2018 with the caption “Thinking of Grandpa on what would have been his 100th birthday.”

Prince Edward, the couple’s youngest son, told BBC News that his father “did not want all the nonsense and ambiguity” around his milestone birthday.

“I think he was not really looking forward to the centenary, even though we were,” he said in his first broadcast interview since his father’s funeral.