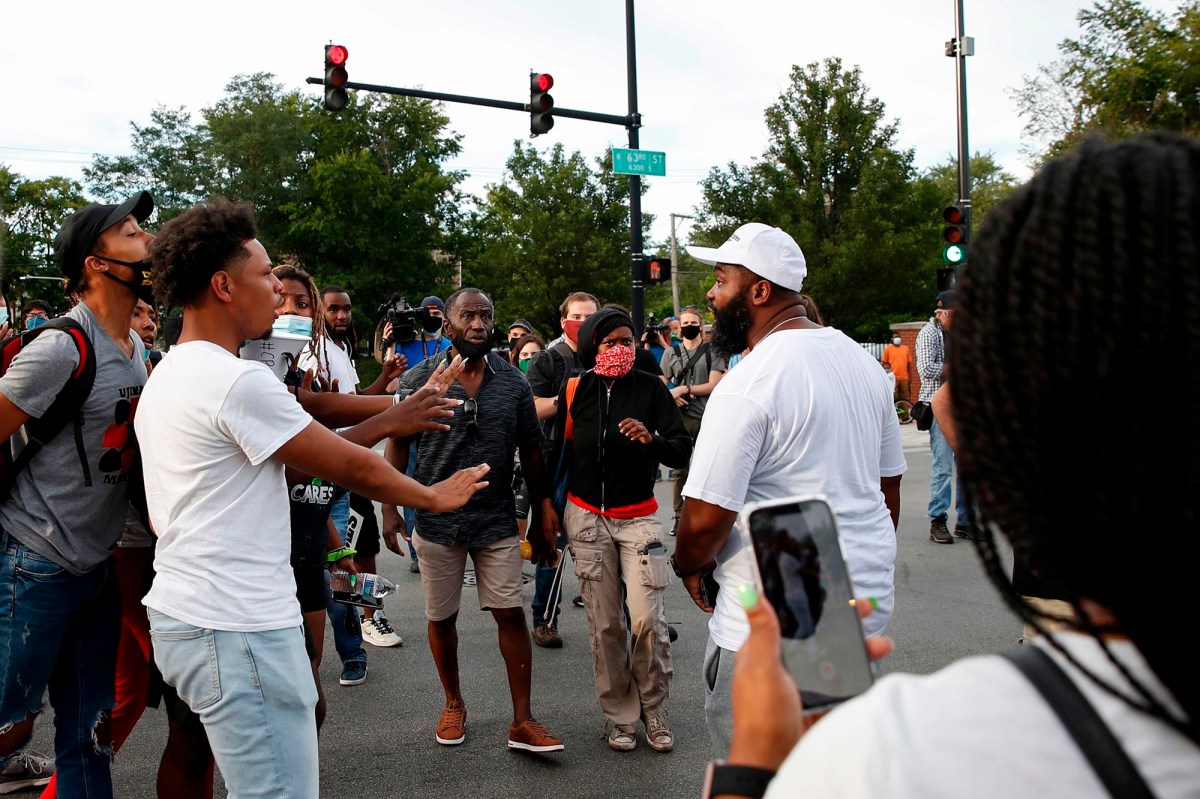 Police have been despised, demonized, despised and depleted by the awake crowd calling the shots in New York City. Lawlessness, homelessness and hopelessness threaten once again to transform this city into a free airspace during the day with chaos and shootings reigning at night. However, there is something we can do to stop what appears to be an inevitable slide into the abyss.

New Yorkers must unite and fight madness, just like the good citizens of the city of Chicago. They are crazy over hell over the politically-approved chaos that is attacking the streets, and they refuse to sit back and take it easy.

It has certainly been scary. Monday night, sick children and their families, more than 30 groups in total, broke into fear inside a Chicago Ronald McDonald house as looters smashed the front door as they tried to enter.

But on Tuesday, residents of Windy City̵

7;s South Side neighborhood in Englewood decided they had had enough. In this hub, a black man allegedly started a gun fight with police on Sunday, triggering unrest and widespread looting. But good people came together to expel protesters from Black Lives Matter and others aiming to leave police as helpless as ailing children and ordinary people.

“If you do not come from Englewood, you must get f – – kk from here,” local resident Darryl Smith scolded protesters.

“You do not come out when a child is shot. You come out when it has something to do with the f – – royal police, ”he shouted, according to the Chicago Sun-Times. He demanded that marchers take their chefs with the authorities and leave everyone else alone.

But then, as protesters walked to a police station, the locals pushed back against the mob. This caused the Marchists to disperse as a quarter fought back against the outside agitators they believe are destroying things for all.

These little heroes show that not everyone who lives in a neighborhood populated mostly by minorities wants to burn it down. So when Chicago BLM organizer Ariel Atkins apologized for looting the weekend as a “replacement,” a quieter but even more insistent voice responded, “Hell, no.”

The truth is, most people just want the same thing: Jobs. Security. Respect. Most people also know that the vast majority of police officers are not out to kill them. And for those who are not in the top 1 percent of this country’s revenue, the police are the only ones standing between them and problems.

As a result of George Floyd’s brutal killing of police in Minneapolis, the mayors of Los Angeles and San Francisco, as well as leaders of other cities, have announced plans to make police disappear. In Gotham, the city council, with the full support of Mayor de Blasio, has cut or diverted more than $ 1 billion from the police department’s nearly $ 6 billion annual budget. Hizzone’s wife, Chirlane McCray, whom he has called his closest adviser, imagined a police-free Big Apple as “like a nirvana, a utopia. . . “

It surprises as a small group of people mostly disagree: black people.

In a Gallup poll released Aug. 5, black Americans had been asked if they want police to spend more time, the same amount of time, or less time than they currently do in their areas. A clear majority – 61 percent – said they want the police presence to remain the same as it is now.

Another 20 percent want police to spend more time in their neighborhoods. Only 19 percent want to see them less. The definition of nirvana seems to change with one’s bank account and status.

For all, the marginalization and intimidation of the police has a sudden and dramatic effect. After decades of near peace, New York is suffering a terrible increase in shootings.

It was great to see the red beret-worn Guardian Angels patrol the Upper West Side, like a vision from an earlier, crueler, uglier New York.

Still, we can all do more.