Puerto Rico outage: An electric transformer station fire has knocked out 400,000 across the island 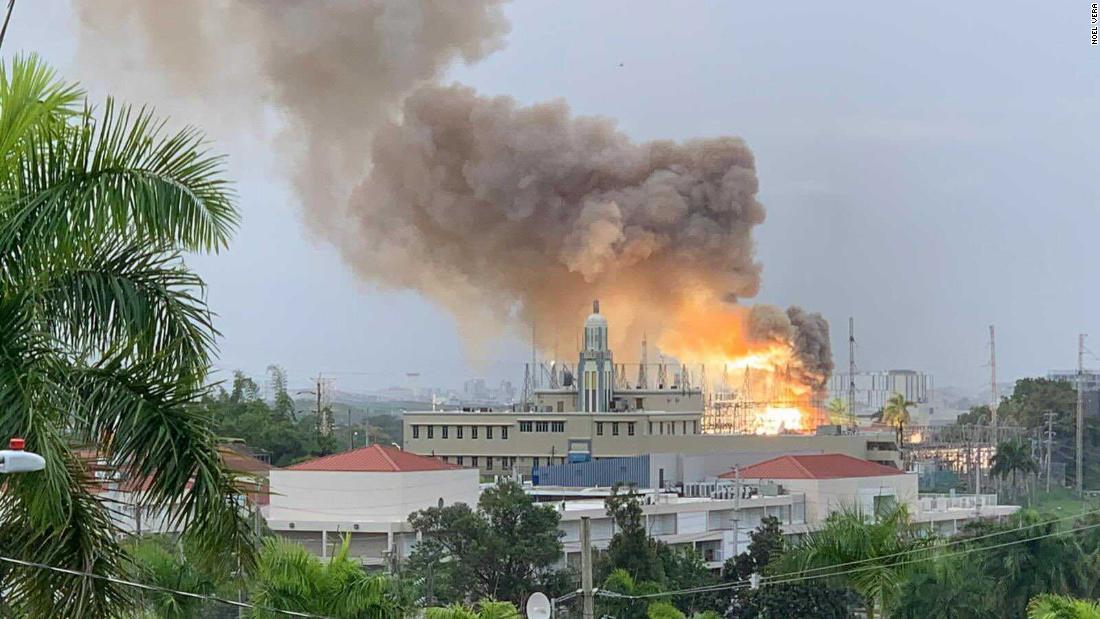 “The fire caused major power outages across the island. The situation is under review and work is underway to restore the system,” LUMA Energy tweeted, saying restoration efforts continue overnight.
About 400,000 customers in Puerto Rico were without power as of late Thursday, said LUMA Energy, which is more than 1 in 10 residents on the island.

The fire broke out in a transformer at LUMA’s Monacillos station, the company said. Personnel from the Puerto Rico Police, Fire Department and Medical Emergencies are on site and no injuries have been reported.

Government Pedro Pierluisi called it an explosion that both state and federal law enforcement agencies are investigating the cause.

“All the resources of the PR government are available to deal with the emergency caused by the fire at the Monacillos station in Río Piedras. Firefighters have already arrived at the scene to deal with the situation. As soon as [firefighters] confirm more details, we will let you know, “Pierluisi said on Twitter.

“The priority must be to restore the electricity service as soon as possible, and our employees can be sure that we make sure that this is the case. At the same time, as soon as we have the results of the investigations related to the cause of this incident, the person responsible for it, will have to correspond to the people of Puerto Rico, ”he said.

At a press conference with local media on Thursday, LUMA Energy CEO Wayne Stensby said at the peak of the outcome that 800,000 customers had been without power, according to the newspaper El Nuevo Día.

“The FBI is evaluating the situation with regard to the massive blackout,”

LUMA Energy said it was the victim of a previous attack by the Distributed Denial of Service where a website was deliberately hit by huge amounts of web traffic in an attempt to overwhelm it.

“The DDoS attack was identified and has issued 2 million visits per second,” LUMA Energy said in a statement. “As a result, many clients may have had difficulty accessing the information related to their accounts.”

There was no immediate indication of any connection between the site attack and the underground explosion.

“The attack has been reported to the relevant authorities and LUMA is awaiting the results of an ongoing investigation,” according to the press release.