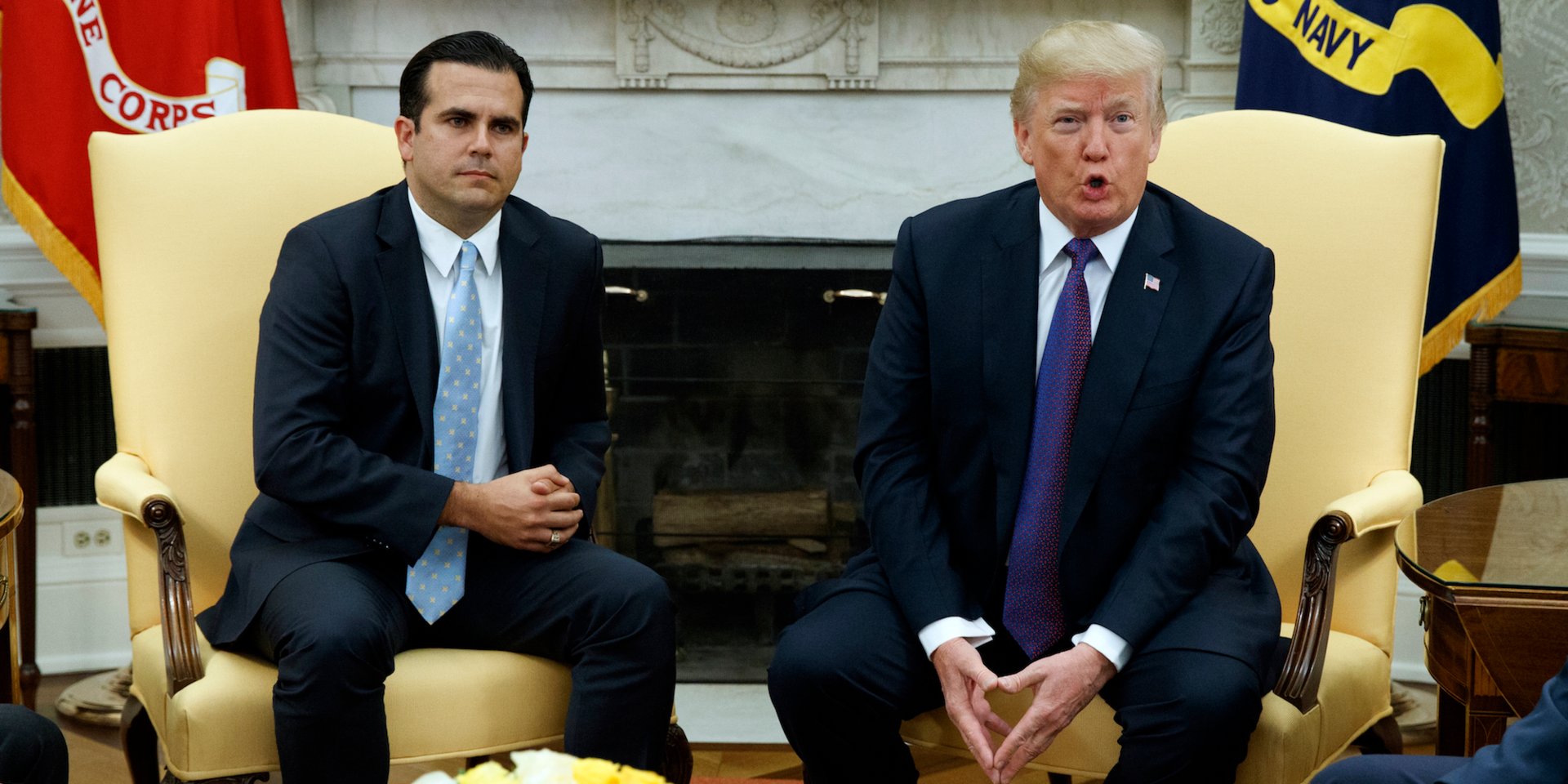 gov. Ricardo Rosselló from Puerto Rico did not return Friday when he commented on the idea of ​​using disaster funds to pay for a wall along the South American border.

"No wall should be funded over the pain and suffering of US citizens who have shown tragedy and loss through a natural disaster," Rosselló tweeted. "This includes the citizens living in CA, TX, PR, VI and other jurisdictions. Today it is us, tomorrow it may be you."

On Friday, the Associated Press reported that Trump was considering using disaster relief funds earmarked for hurricane-affected areas such as Puerto Rico and Texas to pay for its proposed border wall, which is at the heart of the partial government termination. According to the AP, the White House led the Army Corps of Engineers to investigate whether part of its budget could go towards building a wall.

4 billion in emergency funds to specific projects that have not yet been outsourced, the AP reported.

On Twitter, Rosselló said there was "no justification" for To reclassify money meant to help US citizens rebuild their communities. He added that "if anything, the conversation should be how we get more resources to rebuild the affected areas faster."

"This is a classic case of choosing between obstruction and construction," he said in another tweet. "Which site are you on, @realDonaldTrump?"

Rosselló asked the president "to say explicitly what his intention is."

"Mr. President, don't take down American citizens to build a wall," he said. "Help the United States to rebuild."

Puerto Rico is still recruiting from Hurricane Maria, the disaster in 2017 was due to more than 1,400 deaths.

Most of the deaths were associated with lack of medical care caused by widespread power failures that were part of the biggest blackout in American history. It took almost a year for electricity to be restored in almost all of Puerto Rico.