Protip Flip Script On Trump At Farmers Convention: "Lock Him Up" 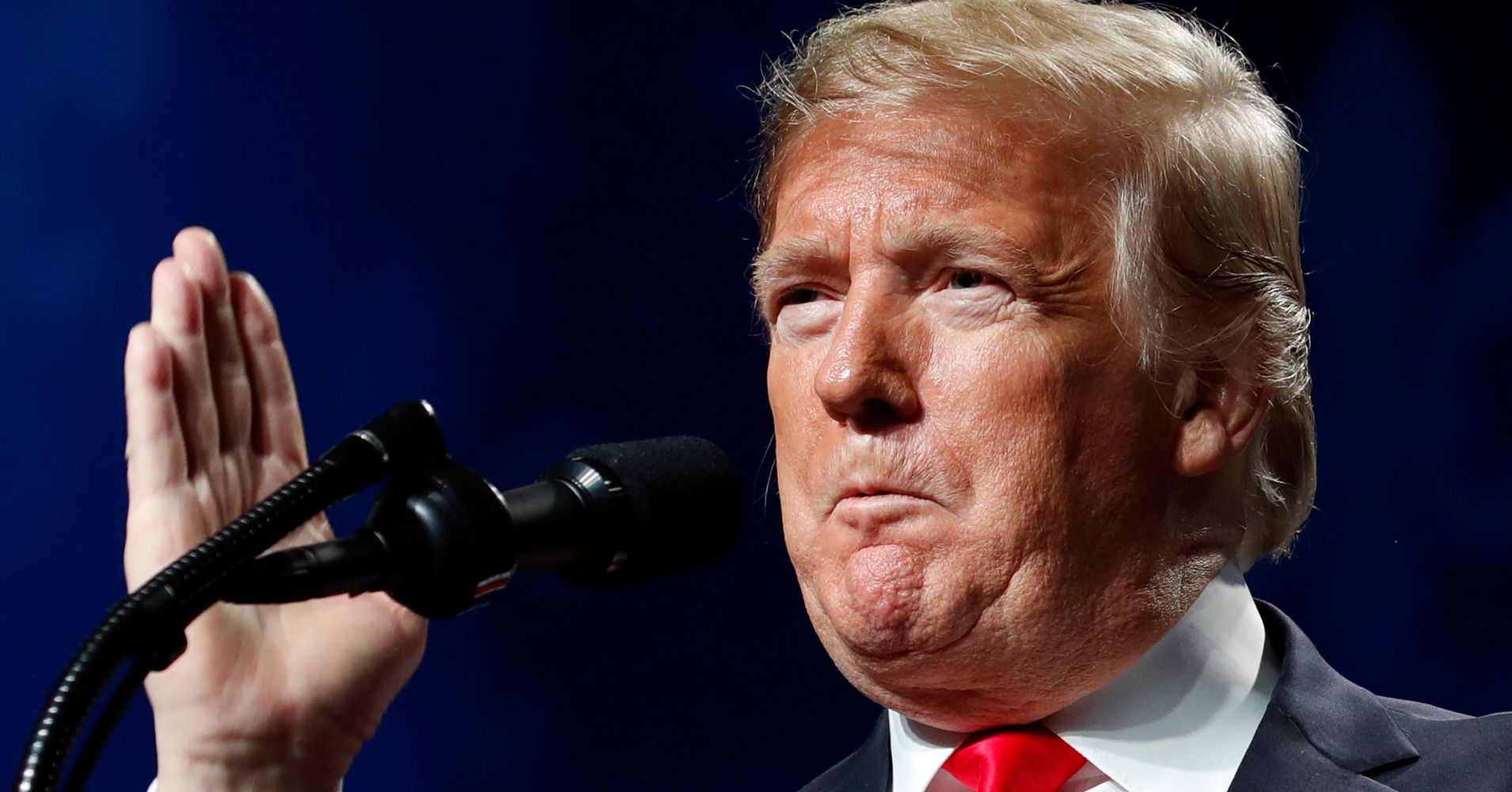 President Donald Trump was mocked Monday by hundreds of protesters outside a farmers' convention in New Orleans with a twist on a chant he has heard many times: "Lock him up!"

Protesters chant " Lock him up right outside the New Orleans Convention Center, where @realDonaldTrump is speaking today. pic.twitter.com/d5W1N64Gpa

And the walk to the Convention Center, where Trump is speaking, is beginning pic .twitter.com / RWCVLsespE

It's not clear which particular Trump activity the protesters were targeting in the chant that has been directed at Hillary Clinton by Trump supporters, in the presidential campaign and afterward.

Just one of the many homemade posters out here today: pic.twitter.com/95uUqwjA0a

Inside, at the annual The American Farm Bureau Federation, Trump talks up its current trade battles, even though they're hurting famers.

Trump's withdrawal from an Asia-Pacific trade agreement means that farmers are struggling against advantages granted by the new Trans-Pacific Partnership to Canadian and Australian competitors in such markets as Japan. Other countries also have retaliatory tariffs on many American farm products. China, traditionally a major buyer or U.S. soybeans has turned to other markets.

Trump promised his audience that the trade battles will eventually pay off.

The rural vote helped put Trump over the top in the 2016 election, but farmers aren't doing so well with him in the White House. Net farm income fell to an estimated 12 percent last year, down about 40 percent from its peak in 2013.

"We weather the weather," farmer Kristin Duncanson, who raises hogs, corn and soybeans in Minnesota, is subject to NPR. "It's weathering the politics that makes managing our businesses a little more than they've been in the past." Wisconsin has helped over 600 dairy farms last year and Trump's trade wars. Now, Wisconsin caught in the middle of the #TrumpShutdown and can't get the tools they need to make it through these challenging times.https: //t.co/iIFE3OQV2G

The president spent much of his speech to his southern border, even though many farmers are short of labor because of the Trump administration's crackdown on immigrants. In a surprise twist in his message Trump received resounding applause when he went to "make it easier" for some immigrants to get into the country to do farm. "You need these people," he added.

President Trump gets a round of applause when he tells farmers at a New Orleans convention he's going to make it "easier" for people to enter the US to work on cargo: " It 's going to make it easier for them to come in … https://t.co/9AwgcaMPH9 pic.twitter.com/e8nDHi7QiS

Oddly, Trump disparaged immigrants who actually show up for their court hearings in their bids to stay in the country as "not smart."

The government shutdown, which Trump has warned will continue until he gets $ 5.7 billion for a border wall, is also hurting farmers, who can't access valuable crop forecasts and other statistics while the number crunchers aren't working. They're also grappling with a freeze on some government-backed loans, including payments and other federal services during the shutdown. Trump's $ 12 trillion taxpayer bailout for farmers to weather trade was also on hold during the shutdown because the Department of Agriculture is not being funded. [TheUSDAisdoingeverythinginitspowertohelpfarmersdealwiththeongoingshutdown"Trumppromisedthoughhedidn'tofferdetails

In a speech during his speech, Trump, who intended to refer to a supportive Arizona farmer, Jim Chilton, mistakenly referred to surveillance of the" Clinton's ranch. " He simply moved on.

Trump, slurring, misspeaks and accidentally says "Clintons," but pretends to do it all along pic.twitter.com/JCBKl3tRSw

You can watch the entire speech here: