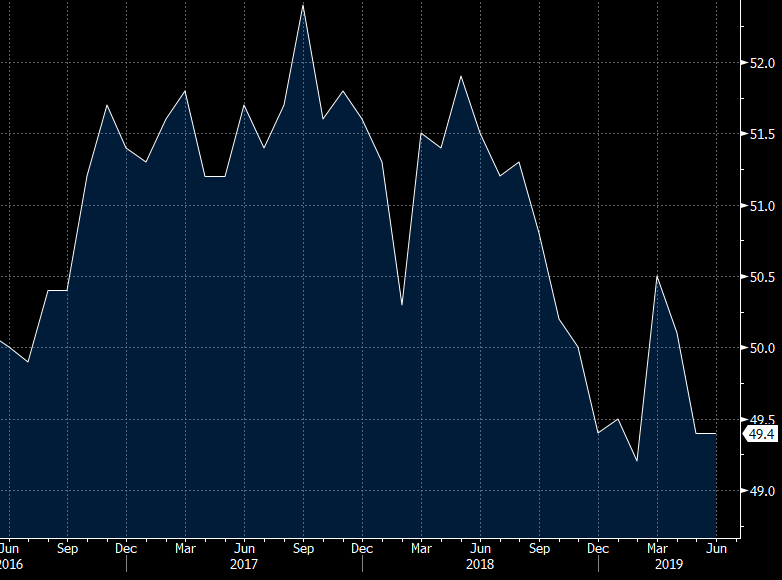 These are the official PMI survey results from NBS until June 2019. The private survey PMI (Caixin / Markit) follows from Monday.

2;
This is the last 3 years of manufacturing PMI:

‘This is not a temporary benefit they see’