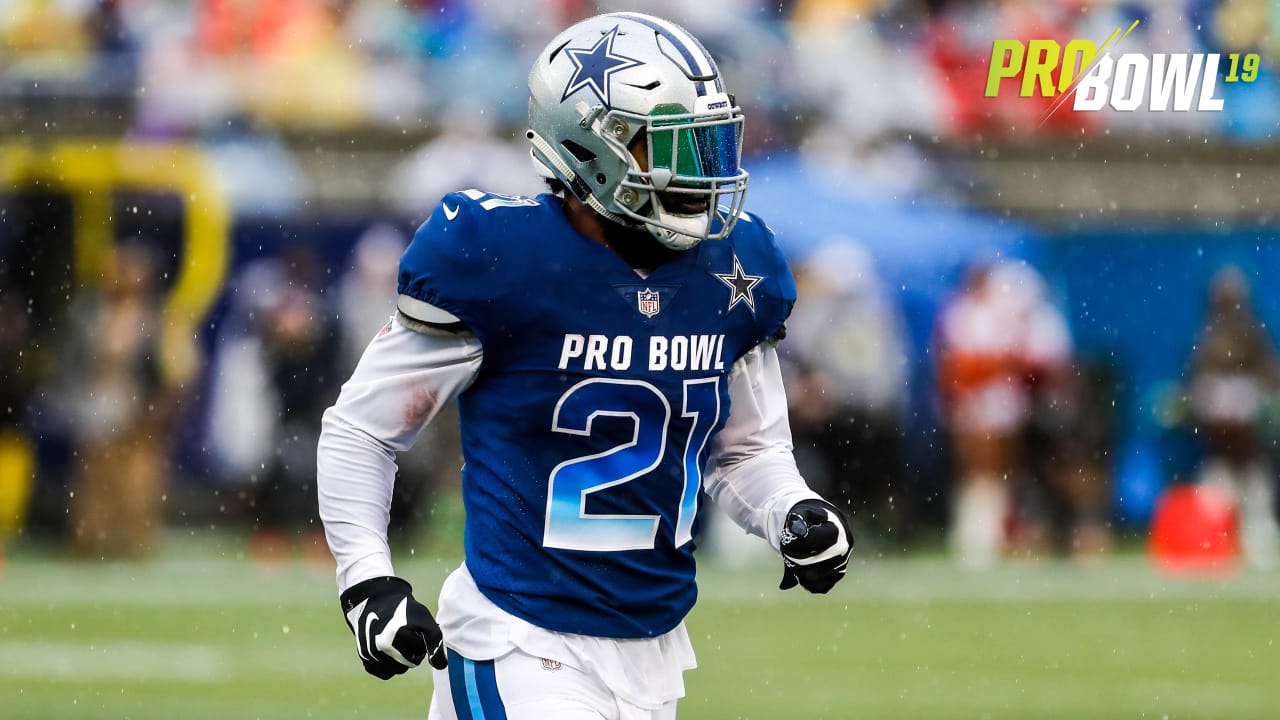 -Ezekiel Elliott got involved in all three phases, as Cowboys head coach Jason Garrett might say. In addition to his normal offensive duties (the league's rushing champ had three carries for a game-best 33 yards and two catches for 14 yards) Elliott ran a 22-yard fake point for a first down and entered the game as a third-down pass rusher in the third quarter, drawing big smiles from Garrett on the sideline. Giants running back Saquon Barkley and Saints running back Alvin Kamara also got a little work as situational pass rushers. Elliott also took snap to quarterback on a read-option handoff in the first quarter.