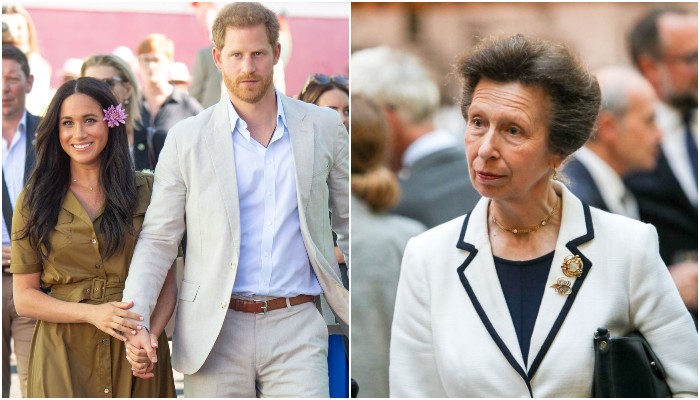 Princess Anne slammed Meghan Markle and Prince Harry in an interview, criticizing them for trying to change the way the royal household has functioned over the years.

After serving as royalty for over 50 years, the princess said the younger generation should stop looking for ways to “reinvent the wheel.”

Talking to Vanity Fair In a previous interview, Anne commented on Megxit, saying, “I do not think the younger generation probably understands what I did in the past, and that is often true, is it not?”

“You don’t necessarily look at the previous generation and say, ‘Oh, did you?’ or ‘You went there?’ Today, they are much more looking for: ̵

“And I’m already on stage:” Please do not reinvent the wheel in question. We’ve been there, done it. Some of these things do not work. You may need to go back to the basics. ‘”

She has also been quite critical of Princess Diana, as the royal photographer Steve Wood claimed in the 2003 Channel 4 documentary The Real Princess Anne.

In the documentary, it was told that Anne believed that Diana “diminished the stature of the royal family” and that she, along with Sarah Ferguson, was “too tabloid for her.”