Prince Philips’ helpers are rewarded on the day he would have hit 100: The Duke of Edinburgh’s closest staff is honored by the Queen in recognition of their many years of service

By Arthur Martin to the Daily Mail

7;s closest aides was honored by the Queen yesterday on what would have been his 100th birthday.

Military officers carrying Prince Philips’ coffin and those who were part of the Land Rover crew were also recognized.

They each received a rare honor for Demise in recognition of their many years of service. 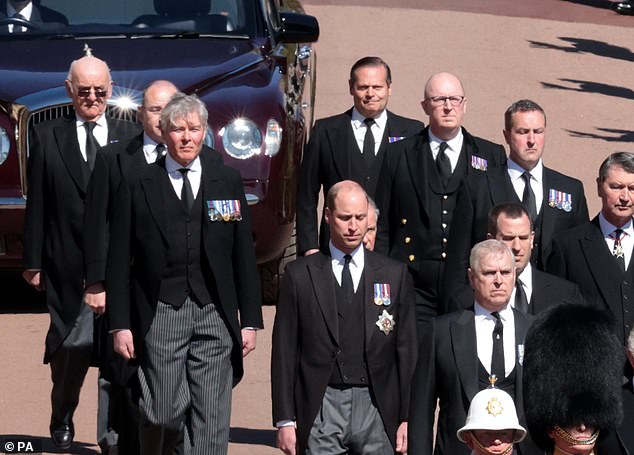 The Queen last awarded such honors in 2002 on a combined list after the death of the Queen Mother and Princess Margaret.

All three were invited to go with elderly royals behind Philip’s coffin as it was ferried through Windsor Castle on a Land Rover hearse during the funeral in April. 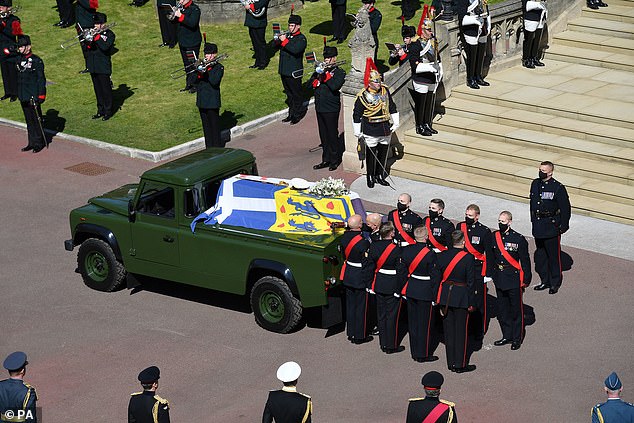 The custom-built Defender was powered by Corporal Louis Murray with Corporal Craig French next to him.

Both men who serve in the Corps of Royal Electrical and Mechanical Engineers have been awarded the Royal Victorian Medal (Silver) for their roles.

Those tasked with organizing the ceremonial military aspects of the Duke’s funeral have also been honored. Brigade Major Lieutenant Colonel Guy Stone from the Welsh Guards, who was overall in charge of the military events, has become an LVO. The 48-year-old from Notting Hill in west London said last night that he was ‘overwhelmed’ by the honor. 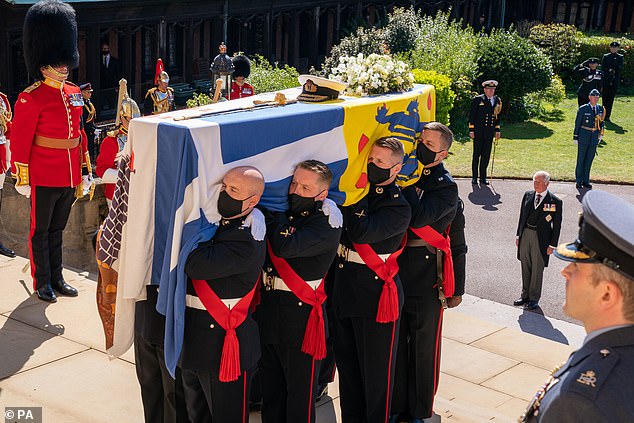 Garrison Sergeant Major Andrew ‘Vern’ Stokes of the Coldstream Guards has been made an MVO to oversee the practical side of military engagement. The officer from Telford, Shropshire, said he was ‘very happy and yet humble’.

Twelve members of the Royal Marines and the same number of Grenadier Guards who formed the two coffin-bearing parties were also recognized with either the Royal Victorian Medal (Silver) or the MVO.

Other honorees included the Duke’s correspondence secretary Suzy Lethbridge, his assistant private secretary Rachel Loryman and his archivist and librarian Alexandra McCreery, all of whom were made LVOs.