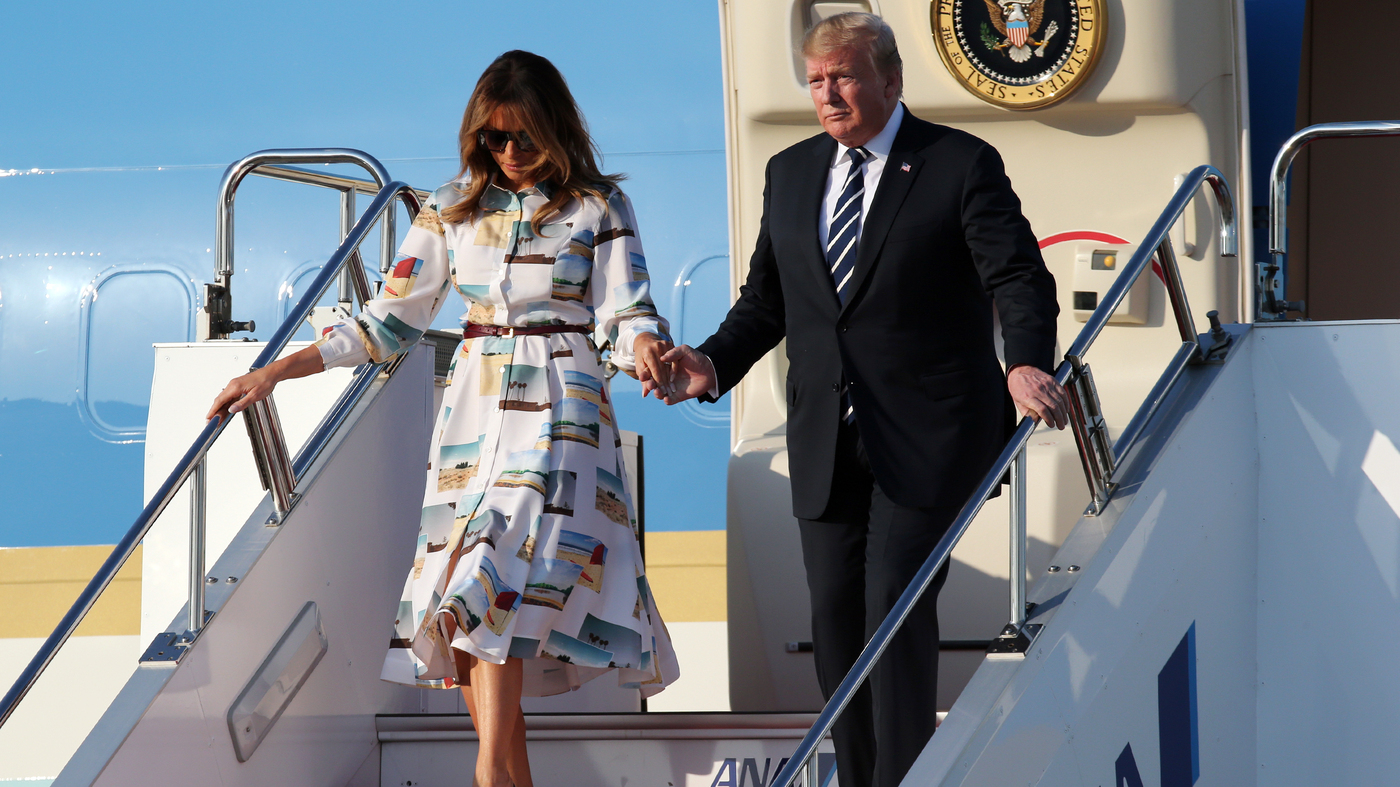 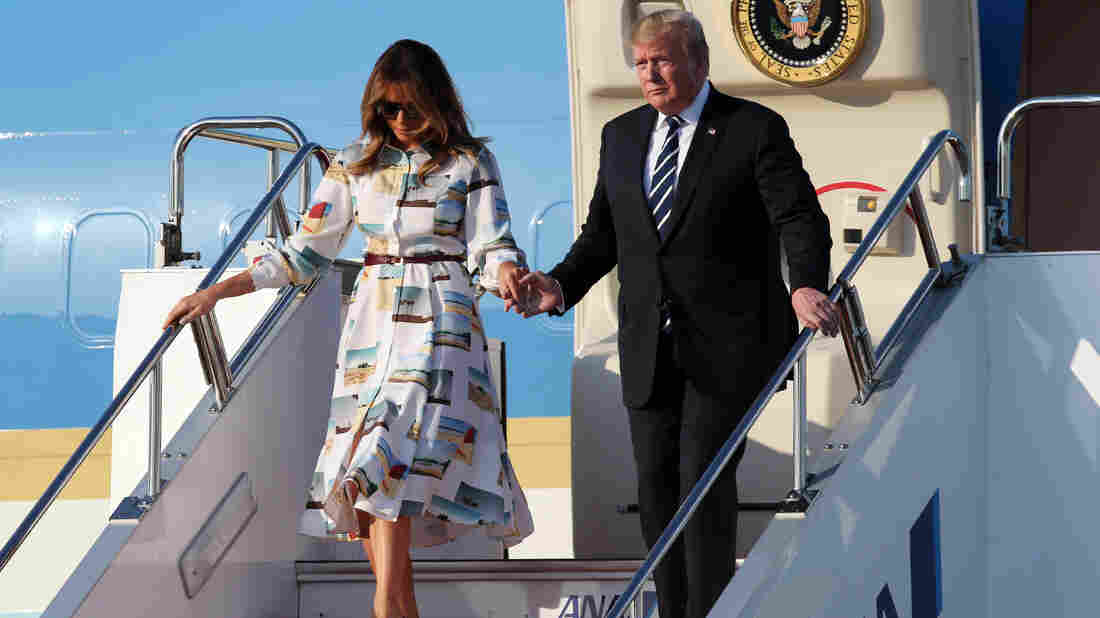 
President Trump is in Japan for his first official state visit since new Japanese emperor, Naruhito, assumed the throne.

The president and first lady Melania Trump have already started with Japanese business leaders, and will attend a sumo wrestling match, where Trump will present the winner with a trophy called the "President's Cup."

Japan's Emperor Naruhito, and his Harvard educated wife, Empress Masako, will host an imperial state banquet for Trump. The president will also include a visit to a naval base and bilateral meeting with Japanese Prime Minister Shinzo Abe.

Top of their agenda will be trade and North Korea. Michael Green, former senior adviser to President George W. Bush and the National Security Council, and Japan Chair at the Center for Strategic and International Studies, appointed NPR, "The Japanese economy is No. 3 in the world, behind the US and China, so it's a really important relationship that both leaders need to move forward. Prime Minister Abe really needs Donald Trump to move his 1980s vision of Japan, and see the great potential in the relationship. "[1987] Trump took out in 1987 a full-page newspaper ad declaring "Japan and other nations have been taking advantage of the United States."

As president, Trump has maintained the view of Japan as an economic rival, rather than ally, and kept tariffs on Japanese metals in place, while lifting tariffs on steel and aluminum from Canada and Mexico. Trump has also threatened Japan with duties on cars. Last week, Trump said it had decided to delay those new car tariffs for six months. Trump is seeking a bilateral trade deal with Japan, out of the 12-nation Trans-Pacific Partnership.

NPR's Ayesha Rascoe reports, "Japan wants to show it's the best friend in the region, and this is important because Japan is dealing with China on the one hand, trying to assert its dominance, and North Korea on the other, being confrontational Prime Minister Abe has invested in developing and personal relationship with Trump, and in many ways this trip will be an extension of that. "