Premiere of ‘Stillwater’ in Cannes makes Matt Damon tear up 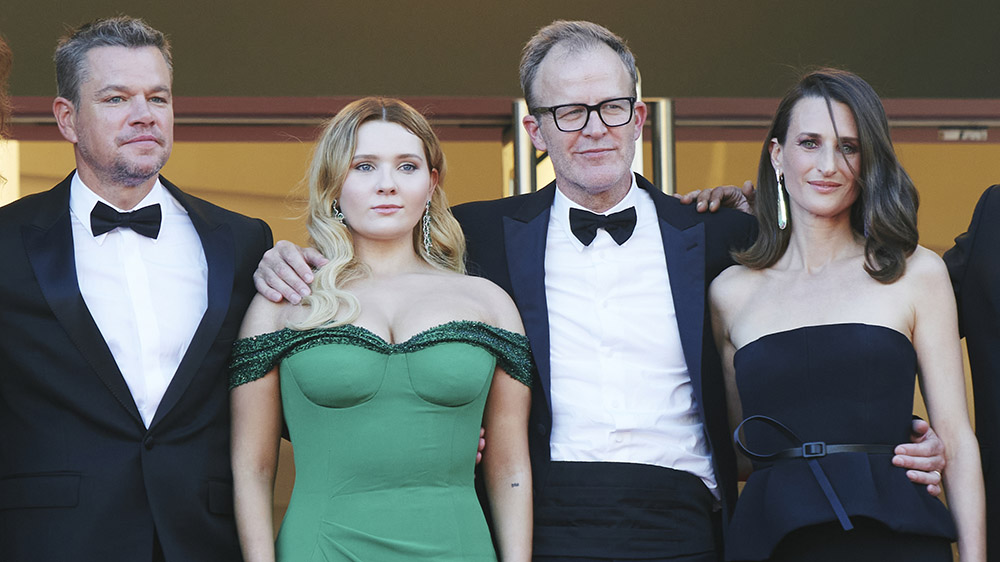 A return to Cannes made Matt Damon foggy. The actor swam into the Cannes Film Festival on Thursday night with “Stillwater,” a Focus Features drama directed by “Spotlight” helmet Tom McCarthy.

As the credits rolled, Damon – standing by his instructor and co-stars – began to tear up cheers from the crowd. The Oscar winner plays a stoic Oklahoma construction worker whose daughter (Abigail Breslin) is jailed for murder in France after a terrifying incident with her boyfriend while studying abroad. As years and expensive lawyers are added (in a scenario very reminiscent of the Amanda Knox case), Damon works tirelessly to prove her child’s innocence and becomes friends with a single mother and her daughter along the way.

While filmmakers typically do not give speeches after their Cannes premiere, McCarthy broke with tradition and grabbed a microphone after credits rolled.

“I am overwhelmed by being here, I have been so strongly influenced by the cinema in this country and in Europe,”

; McCarthy said. “It’s so inspiring to present a film to this amazing audience in this iconic theater … that’s all I can think of in this moment-traditional moment,” he added.

A mini-star was born in newcomer Lilou Siauvaud, who plays a surrogate daughter of Damon in the dramatic thriller. Their chemistry on screen played hugely with the audience, only magnified as the actors embraced in the theater after credits rolled.

After a pandemic break, the 74th edition of Cannes returned this week in gripping and emotional reunion of the global film community. Among the other films to premiere are “Annette” starring Adam Driver, “The French Dispatch” by Wes Anderson and the documentary “The Velvet Underground” by Todd Haynes.

While the industry, talent and media seem to amaze that the festival has even managed to be mounted, COVID-19 protocols have created interesting conversations on the spot.

“Stillwater” will be released in the US on July 30th.