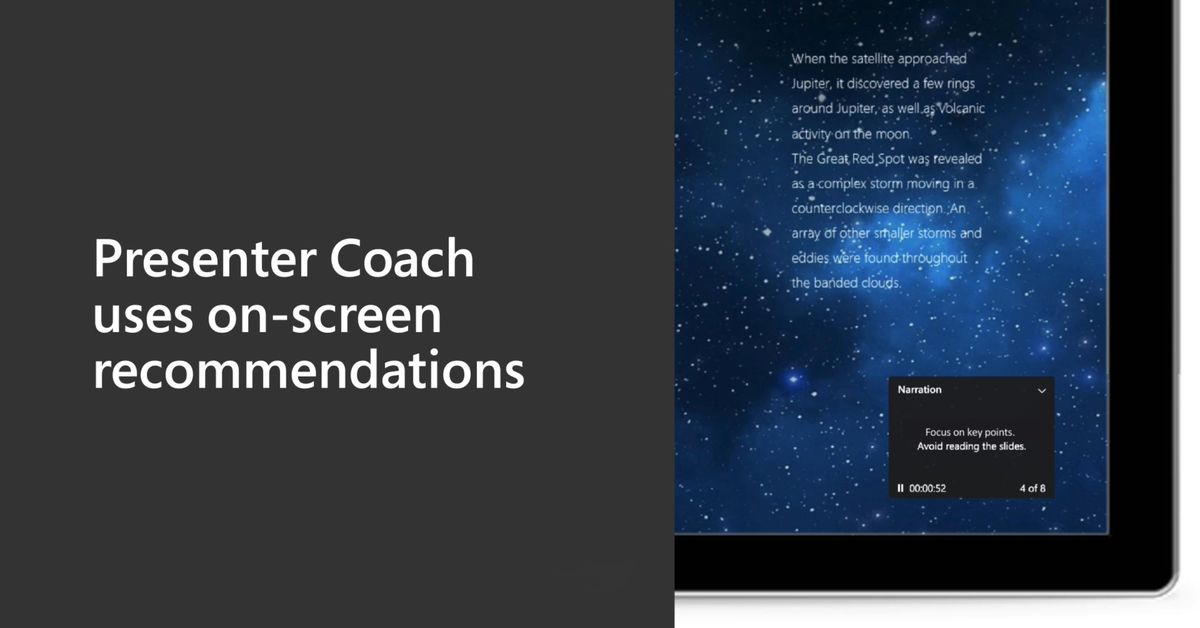 Microsoft adds an artificial intelligence-driven assistant to PowerPoint to improve people's presentations. The new feature, called Presenter Coach, appears during a PowerPoint slide exercise feature and offers feedback on your presentation skills by listening to audio from the computer's microphone. Presenter Coach will come up with tips on pacing and filling words so you don't mutate or stutter through a presentation, and also help presenters with more language content, with suggestions like police officer instead of policeman.

If you swear during a presentation, it will indicate that you are not using ghost, and it will even highlight culturally insensitive phrases or warn you if you just read the slides easily. PowerPoint will then generate a report with metrics about how well you have done in your exercise. Microsoft says it adds this feature because it has "received feedback from educators, students, and customers that people want an easy way to practice their presentations to improve their public speaking conditions."

Presentations are already nerve-wracking for many as it is, but this new Presenter Coach appears only during an exercise mode. That means you won't get any extra anxiety from pop-ups that give you tips on your public values ​​during a real PowerPoint presentation. Microsoft plans to add this new feature to PowerPoint on the Internet early this summer, with it eventually heading for PowerPoint on mobile and desktop at a later date.

Along with Presenter Coach, Microsoft also enhances its designer tool that makes your presentations less boring. Designer will now propose themes for glossy PowerPoint presentations and it will even integrate with a company's existing branded templates. Microsoft also exploits a Perspective Engine from Microsoft Research that will detect large numbers in slides such as 652,232 km² and break them down to "roughly the size of Texas" to make them much more understandable.