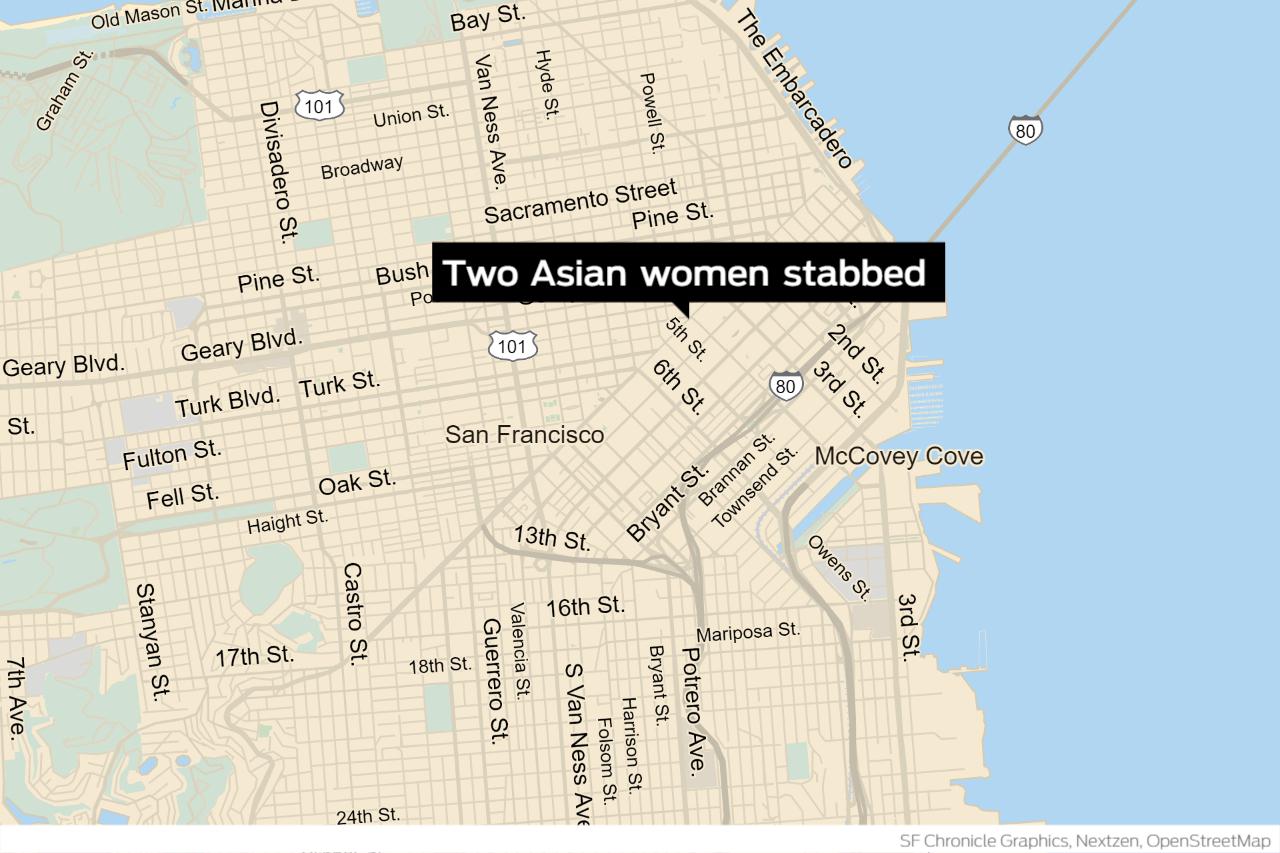 Police have not determined if the attack was a hate crime.

Officers who responded to a report of a stabbing on 4th and Stockton streets just before noon. 17, found two women suffering from stab wounds, Rueca said in an email.

The women were transported to a local hospital with unknown injuries, police said.

District 6 Superintendent Matt Haney told The Chronicle that the two women were waiting at a bus stop when a man attacked them. A woman, 85, was stabbed in the arm and chest and is undergoing surgery at Zuckerberg San Francisco General Hospital, he said.

Haney on Tuesday night on Twitter called the attack “disgusting and horrific.”

; Haney referred to the women as “seniors,” but police did not confirm their age.

“There is clearly a pattern that targets Asian residents and especially seniors,” Haney said Tuesday night. “It was a cheeky attack in daylight with lots of people around, and it’s completely nauseating. The person in charge must be held accountable and the city must do more to prevent this from happening. ”

Police said earlier that they were searching the area for a male suspect but were unable to find him. Rueca said they later found the man after investigators were warned of a photo taken by a witness at the scene.

Officials said the investigation is ongoing.

The recent rise in hate crimes against the Asian American and Pacific people has raised concerns in society about how to protect vulnerable members.

Since the pandemic started in late 2020, 708 cases of hatred or discrimination by Asian Americans in the Bay Area were reported to the Stop AAPI Hate project. Most cases – 292 – occurred in San Francisco.

Foot patrol officers have risen in key areas, and the city has provided community members with more resources to report and cure from hate crimes, but more needs to be done, Haney said.

Anyone with information about the incident is asked to call SFPD Tip Line at 1-415-575-4444 or text a tip to TIP411 and start texting with SFPD.