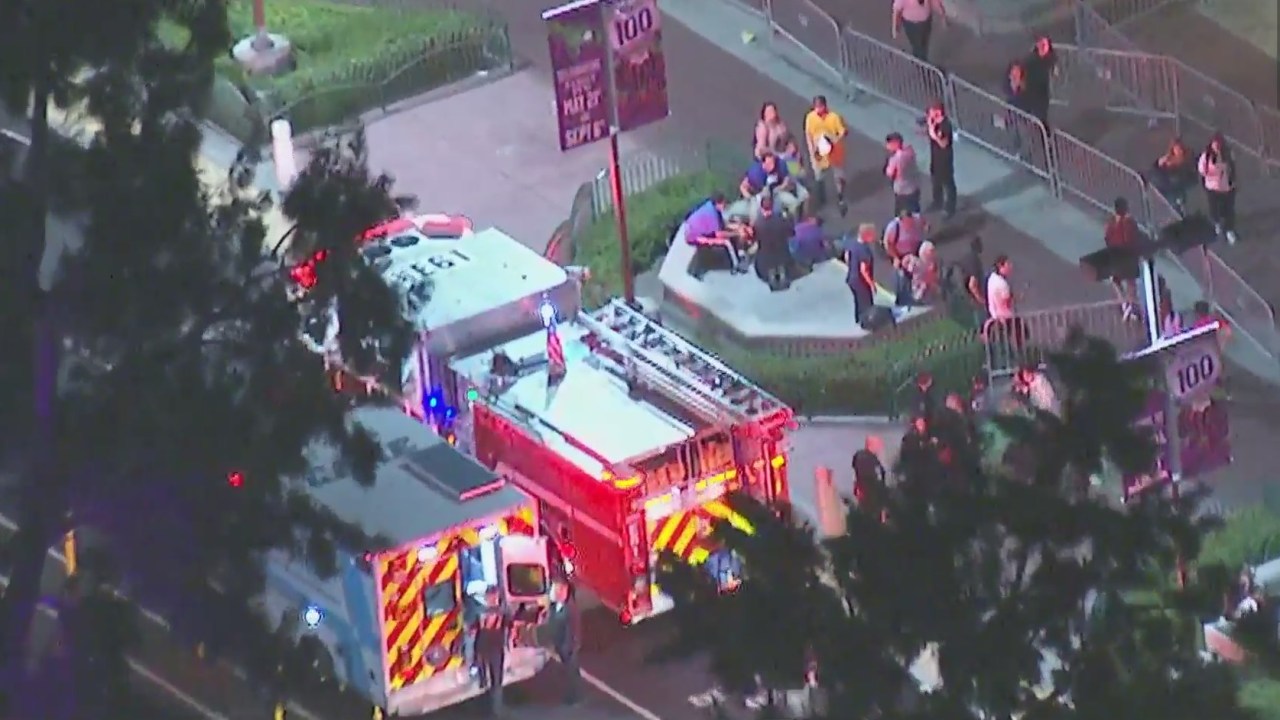 There were no active shootings, but officers responded to the park to investigate, Buena Park police said in a tweet just before 6 p.m.

Knott’s staff helped a person who was injured outside the park gates and the person was transported to a local hospital, according to a tweet from the theme park.

It was not immediately clear if the injured person had been injured.

Aerial photo of the scene showed several ambulances stationed outside the park gates with several people sitting nearby. Police cars were also stationed throughout the area, some blocking traffic around the park entrances

No further information was immediately available.

Check beck for updates on this evolving story.