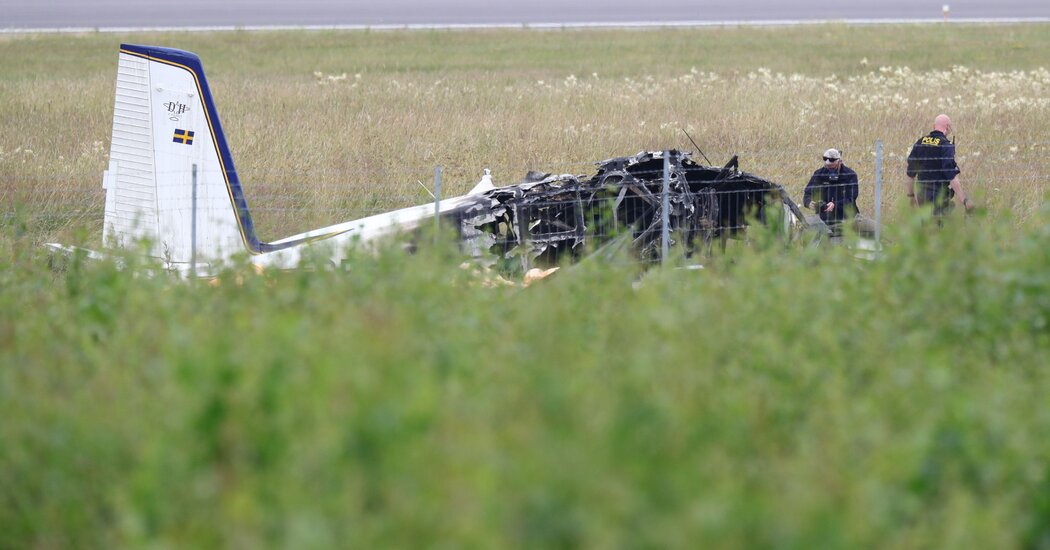 A small propeller plane crashed in Sweden on Thursday night shortly after take-off from an airport in Orebro west of Stockholm, killing the nine people on board – eight divers and the pilot.

The crash is the second fatal accident in two years involving divers or parachutists. In 2019, a plane crashed on a small island in northern Sweden, killing nine people on board, including eight members of a parachute club.

The local police received reports around noon. 19.30 on Thursday that the plane, a DHC-2 Turbo Beaver, which according to local news reports had been rented by a local sky-diving club, crashed at the runway shortly after taking off.

The plane burned after the collision, according to Reuters.

In a telephone interview, Niclas Hallgren, deputy police chief for the Bergslagen region northwest of Stockholm on Friday, said that officers were investigating the crash with the Swedish accident investigation authority.

“It was very soon clear that it was a very serious crash,” Hallgren said. “During the night, it was confirmed that all nine people on board the plane were dead.”

Firefighters and rescue workers were already on the scene when police arrived, he added.

Efforts are now underway to identify the victims. “It is a comprehensive and complex identification process,” said Hallgren, adding that all passengers appeared to be Swedish citizens.

Prime Minister Stefan Lofven from Sweden posted on Twitter to express his condolences to the victims’ families and loved ones.

“It is with great sadness and grief that I have received the tragic information about the plane crash in Orebro,” he wrote. “My thoughts are with the victims, their families and loved ones in this very difficult time.”