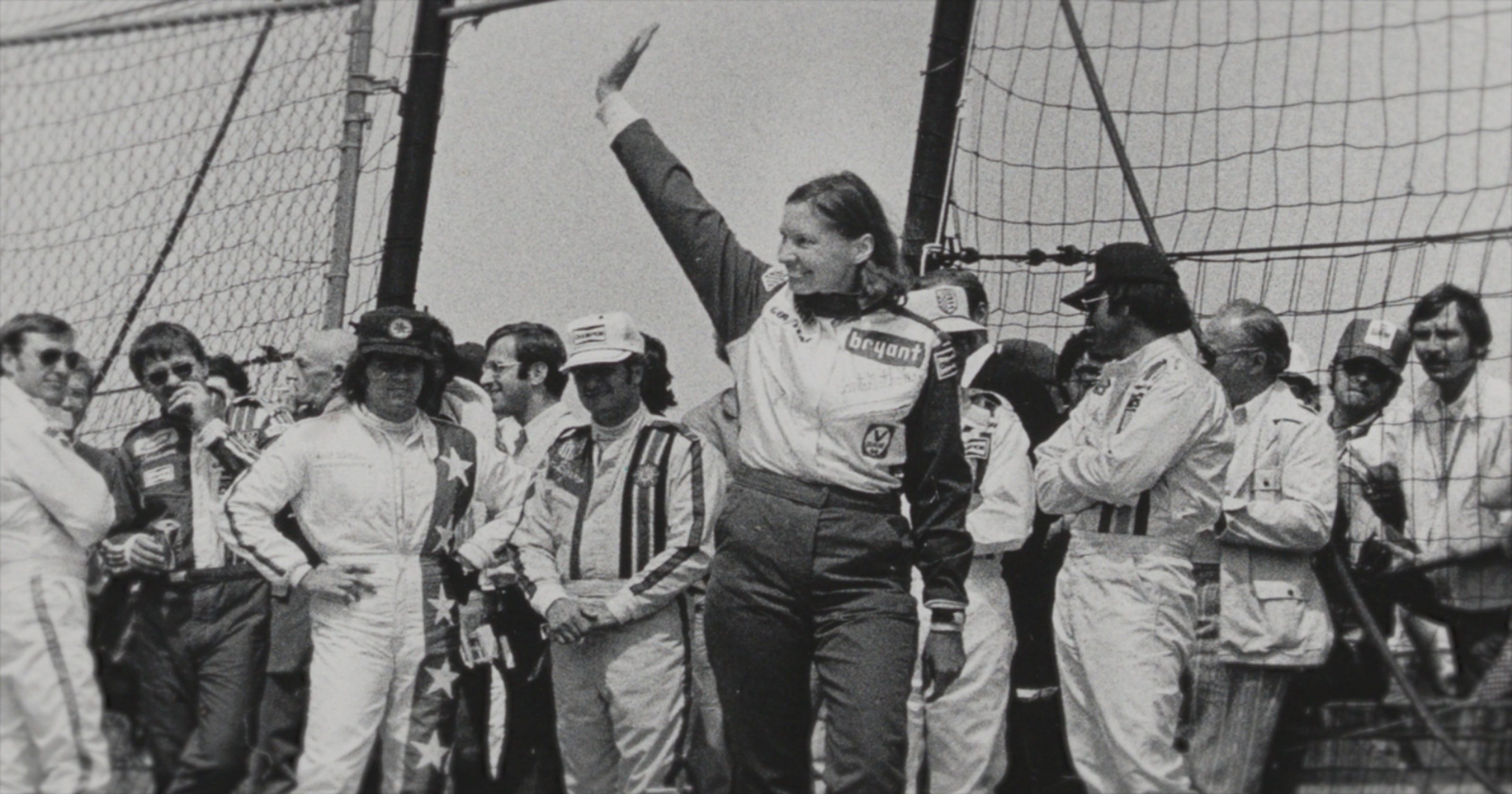 Janet Guthrie changed motor sports when, in 1977, she became the first woman to qualify for and compete in the Indianapolis 500 at Indianapolis Motor Speedway. And, in fact, that same year, she was also the first female driver to compete in NASCAR's Daytona 500.

Guthrie was an aerospace engineer whose interests shifted from aviation to racing. She has been racing at the top American motor sports series, and her racing career is chronicled in ESPN's new 30 for documentary, Qualified, which premieres Tuesday at 8 pm. ET on ESPN

Now, Guthrie, 81, is regarded as a trailblazer who helped people shed their skepticism about female drivers, opening the door for others like Danica Patrick, Lyn St. James and Pippa Mann – who will compete in the seventh Indy 500 on Sunday.

What happened to you when you first call to qualify for the Indy 500? : I had that point been racing for 13 years but what went through my mind was, "Oh yeah, right. Another joker." I was aiming at the Targa Florio, Le Mans. I wanted to drive those races. It never occurred to me that I would have a shot at Indianapolis.

When it was known you were going to attempt to qualify for the Indy 500, there were some pretty hateful headlines. How did you react to that? [GGG]

Guthrie: Some of it I could laugh at. Sometimes it made me mad. The only important thing was getting my hands on that race track, and I figured whatever came with the territory, I could deal with.

You said you didn't really have thick skin, but you d deal with people's insults. How would you deal with their hate and misogyny?

Guthrie: The important part is to go out onto the track and make all the rest of it go – just vanish so that the only thing that is in your consciousness is the car and the track and what the car is doing and how you can get through the turns faster. That child of focus was what I had developed over 13 years of sports car racing, so that was what counted.

Ricker : I hope the takeaway will be my experience with Janet's story and my team experience with Janet's story, which was both inspired and frustrating. You really could have had the backing and had the full career that she was so very capable and worthy of. So there is some frustration there, but there really is an overarching sense of inspiration and pride in watching someone so truly connected to what they want to do in their life, so tenacious about it, that they'll do whatever it takes. And I think that transcends sports

Both the environments at the Indy 500 and in NASCAR seem fairly hostile to you, but was one more welcoming? , they were both about equally hostile, but I felt confident that once they had gained the experience of running against me, they would figure out I was what I said: Just another race car driver. The fact that I was a woman was completely irrelevant, and to see attitudes change was very gratifying.

Did any fellow drivers ever apologize for what they said to you or you? ] Guthrie: I can think of one (in the USAC Championship Car series, which was once the Indy 500 series). Bill Simpson, who had been quite hostile, came up to me after the Pocono race. He had been quite vocal about how I had no place, and after the Pocono 500, where the start was fixed by some rather, because qualifying had been rained out, Bill came to the garage and said, "Hey, lady!" I looked at him, and he said, "I thought you were going to be a problem at the start, and I was wrong." And I just said, "Thank you."

You said it was "delicious" to qualify in front of Richard Petty in 1977 at NASCAR's Talladega Superspeedway race. You also called him a "longtime enemy."

Guthrie: Oh, Richard said things like, "She's no lady. If she's a lady, she'd be home." Or somebody asked him if he thought I could finish the first NASCAR Cup race at Charlotte (the 1976 World 600), he said, "No." And there are other things that I have forgotten at this point, but he was a major antagonist.

After not qualifying in your first attempt at the Indy 500 in 1976, what did it feel like to do it the next year?

Guthrie: It was really amazing. Anyone who puts a car in the field in that era – when as many as 85 cars were entered and only the fastest 33 were going to start the race – would you like it a moment they'll never forget. And I never will either, especially under the circumstances with an engine that could fail at any minute, with a car that had a handling issue. And when the engine lasted the checkered flag, oh that was such a wonderful feeling.

a moment you'll never forget. But of course, then you figure out what you really want is to win the thing. And putting a car in the top 10 following a team I formed and managed myself on a very low budget, which was a good one.

In the movie, you never saw yourself as a feminist. Why not?

Guthrie: I was a beneficiary of the women's movement. I had not contributed anything to the politics of the women's movement. Before I got the chance at the top levels of auto racing, my feeling was, well, I'm all right. I've been working and playing in men's fields for a long time and had no problems, except here and there. So it just didn't occur to me

But eventually, I came to feel it as a responsibility, and I was into the history of women in racing, or who have been quite a few who have done remarkable things, and thread to bring that history forward when I spoke to groups. You do not have much to do or get very good before you have always been women doing amazing things. 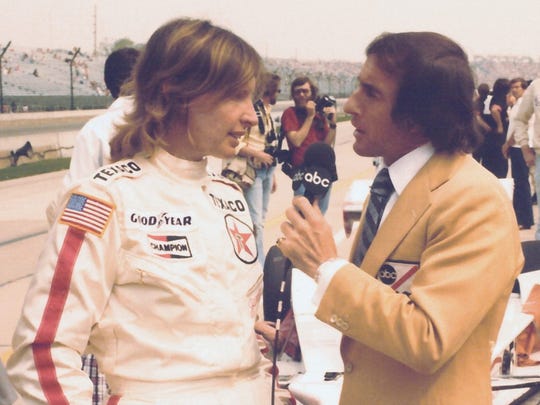 Janet Guthrie was interviewed by Jackie Stewart at Indy in 1978, the second year she qualified for the 500.

Ricker: To change into her driver's suit in the grandstands (because the garages didn't have a women's restroom), there was a gentleman in the movie, Leo Mehl, who was an executive for Goodyear, and he had this little office in the garages. And he gave Janet a key. And I remember how much Janet meant. Other drivers had a place to go and hide and compose themselves and just think about the race or just rest, and Janet didn't have that.

Guthrie: I would leave the garage area and by the time I got to the public women's room, there would be this crowd of at least 50 following me and all the women following me inside and back out again. That key that Leo Mehl gave me – which gave access to the only private restroom in the entire garage area – was my most precious possession.