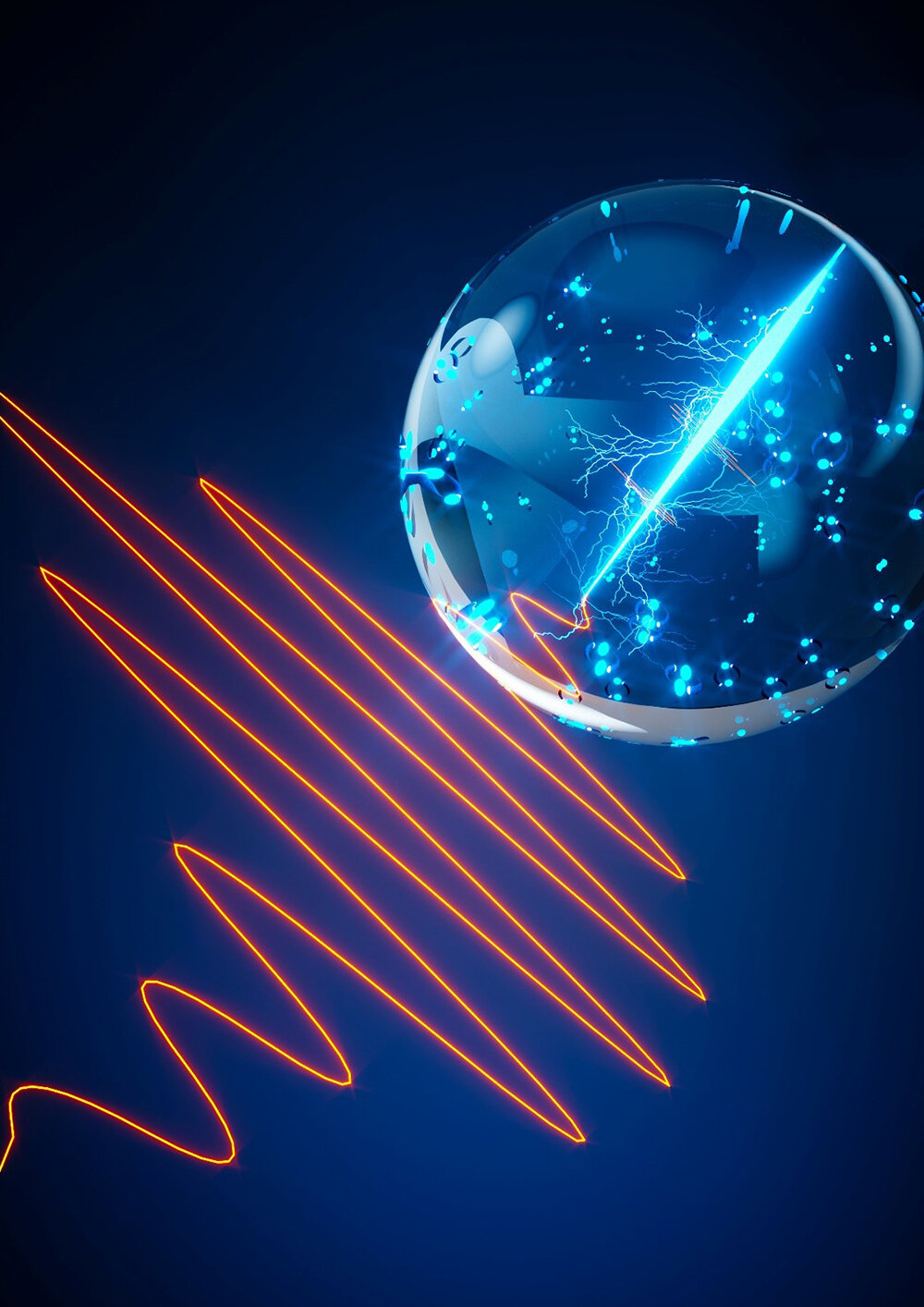 Jigang Wang reportedly reported his latest discovery in quantum control that could lead to superfast computing based on quantum mechanics: He mentioned light-induced superconductivity without energy gap. He brought up forbidden supercurrent quantum beats. And he mentioned terahertz-speed symmetry breaking.

Then he backed up and clarified all that. After all, the quantum world of matter and energy at terahertz and nanometer scales — trillions of cycles per second and billionths of meters — is still a mystery to most of us.

"I like to study quantum control of superconductivity exceeding the gigahertz , or billions of cycles per second, bottleneck in current state-of-the-art quantum computation applications, "said Wang, a professor of physics and astronomy at Iowa State University whose research has been supported by the Army Research Office. "We're using light as a control knob to accelerate supercurrents."

Superconductivity is the movement of electricity through certain materials without resistance. It usually occurs at very cold temperatures. Think -400 Fahrenheit for "high-temperature" superconductors.

Wang and a team of researchers demonstrated such light can be used to control some of the essential quantum properties of superconducting states, including macroscopic supercurrent flowing, broken symmetry and accessing certain very high frequency quantum oscillations thought to be forbidden by symmetry.

It all sounds esoteric and strange. But it could have very practical applications.

In other words, the discovery could help physicists "create crazy-fast quantum computers by nudging supercurrents," Wang wrote in a summary of the research team's findings. ] Finding ways to control, access and manipulate the special characteristics of the quantum world and connect them to real-world problems is a major scientific push these days. The National Science Foundation has included the "Quantum Leap" in its "1

"By exploiting interactions of these quantum systems, next-generation technologies for sensing, computing, modeling and communicating will be more accurate and efficient, "says a summary of the science foundation's support of quantum studies. "To reach these capabilities, researchers need understanding of quantum mechanics to observe, manipulate and control the behavior of particles and energy at dimensions at least a million times smaller than the width of a human hair."

Wang and his collaborators – Xu Yang, Chirag Vaswani and Liang Luo from Iowa State, responsible for terahertz instrumentation and experiments; Chris Sundahl, Jong-Hoon Kang and Chang-Beom Eom from the University of Wisconsin-Madison, responsible for high-quality superconducting materials and their characterizations; Martin Mootz and Ilias E. Perakis from the University of Alabama at Birmingham, responsible for model building and theoretical simulations — are advancing the quantum frontier by finding new macroscopic supercurrent flowing states and developing quantum controls for switching and modulating them. of the research team's study says experimental data obtained from a terahertz spectroscopy instrument indicating terahertz light-wave tuning of supercurrents is a universal tool "and is key for pushing quantum functionalities to reach their ultimate limits in many cross-cutting disciplines" such as those mentioned by the science foundation.

Physicists use terahertz to uncover state of matter hidden by superconductivity