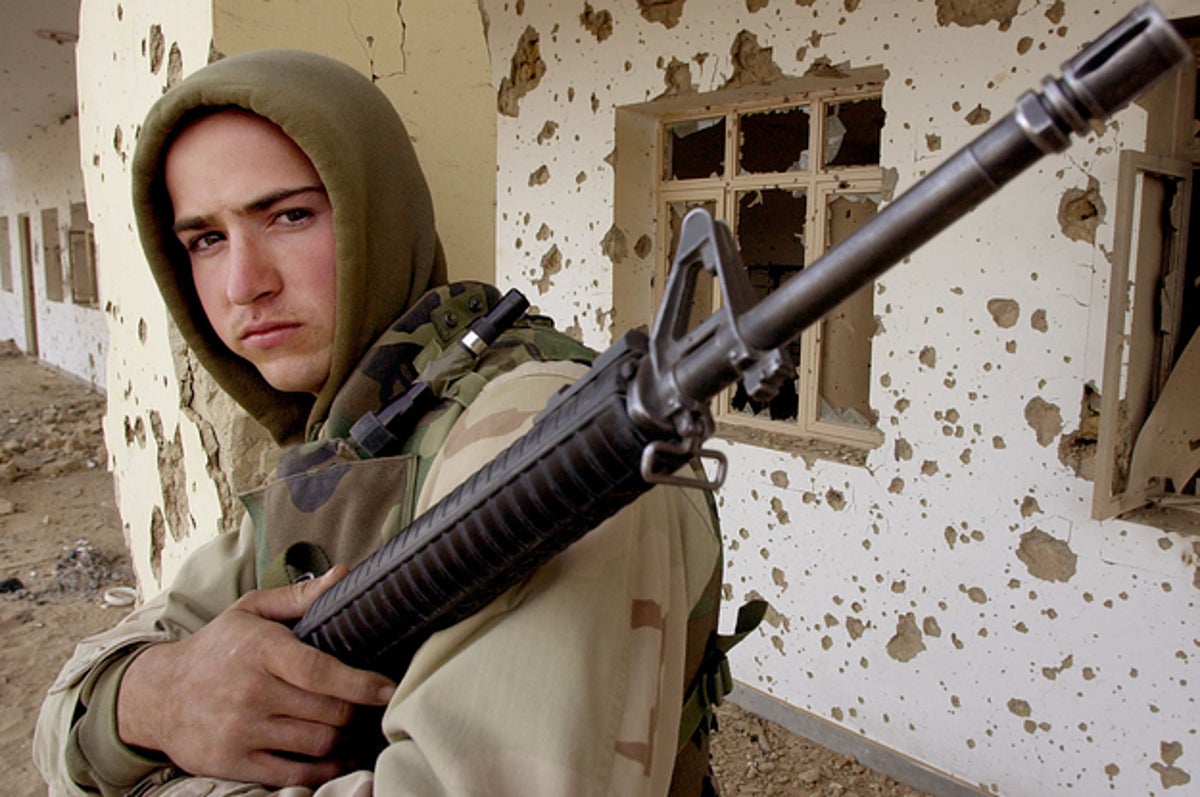 We have long known that the war in Afghanistan would not end in a victorious victory. Last week, U.S. troops formally left Bagram Airfield with little fanfare. President Joe Biden has said that the U.S. military mission will end by August 31, something of an anticlimactic end to a war that has lasted nearly 20 years.

For Afghans, the conflict is on. Thousands have already left the country, and the departure of American and allied forces has undermined the sleek sense of security that people felt. The country has been slowly slipping towards civil war for several months now, if not years. The Taliban, the enemy that the West originally aimed at, is also ready to regain power in many areas outside the capital, Kabul, where the mood is anxious.

1; that the United States withdraws, but without an end to the war that continues in Afghanistan between the two. Madiha Afzal, a David M. Rubenstein Fellow of Foreign Policy at the Brookings Institution, told BuzzFeed News in reference to the ongoing peace talks between the Afghan government and the Taliban in Qatar. In a recent speech, Biden defended the departure and accelerated the timeline. except a few hundred troops are expected to retire at the end of August, long before the September 11 deadline, which he originally set earlier in the year.

The photos taken during the war in Afghanistan never told the full story – the US military was wise about the fact that telling the truth tended to raise questions (and opposition) at home after the Vietnam War. They clung to total access and at times directly banned many types of images that were common in earlier epochs, such as wounded soldiers or returning coffins. The early years of the war were also shrouded in both secrecy and a sense of justification after the 9/11 attacks, which twisted the sense of truth reported at home.

This limited access caused a curious flattening of coverage in Afghanistan – it was harder to understand what was happening there beyond basic patrols. This made it easier to ignore in the United States, even though the war spanned four presidencies, killing over 70,000 Afghans and 2,400 Americans and causing over 20,000 American casualties and countless Afghan citizens to flee, all at an average cost of $ 3 billion pr. month, according to the Pentagon.

After Osama bin Laden was assassinated in 2011 and the so-called green-on-blue attacks took place in the following years, the American public and members of Congress repeatedly asked an existential question: “Should we still be in Afghanistan?” A formal withdrawal of troops started in 2014. Seven years later, we are almost completely out of Afghanistan. But there are still big questions: Does this mean terrorism has been defeated? What about all the girls who can finally go to school and participate in public life? All the children who watched the soldiers played with them and occasionally became orphans of them – what do they think now? And the same soldiers – many of whom are hardly old enough to legally drink, let alone practice nationalism on the other side of the world – how are they? Was it worth it? What did we learn here? What happens next?