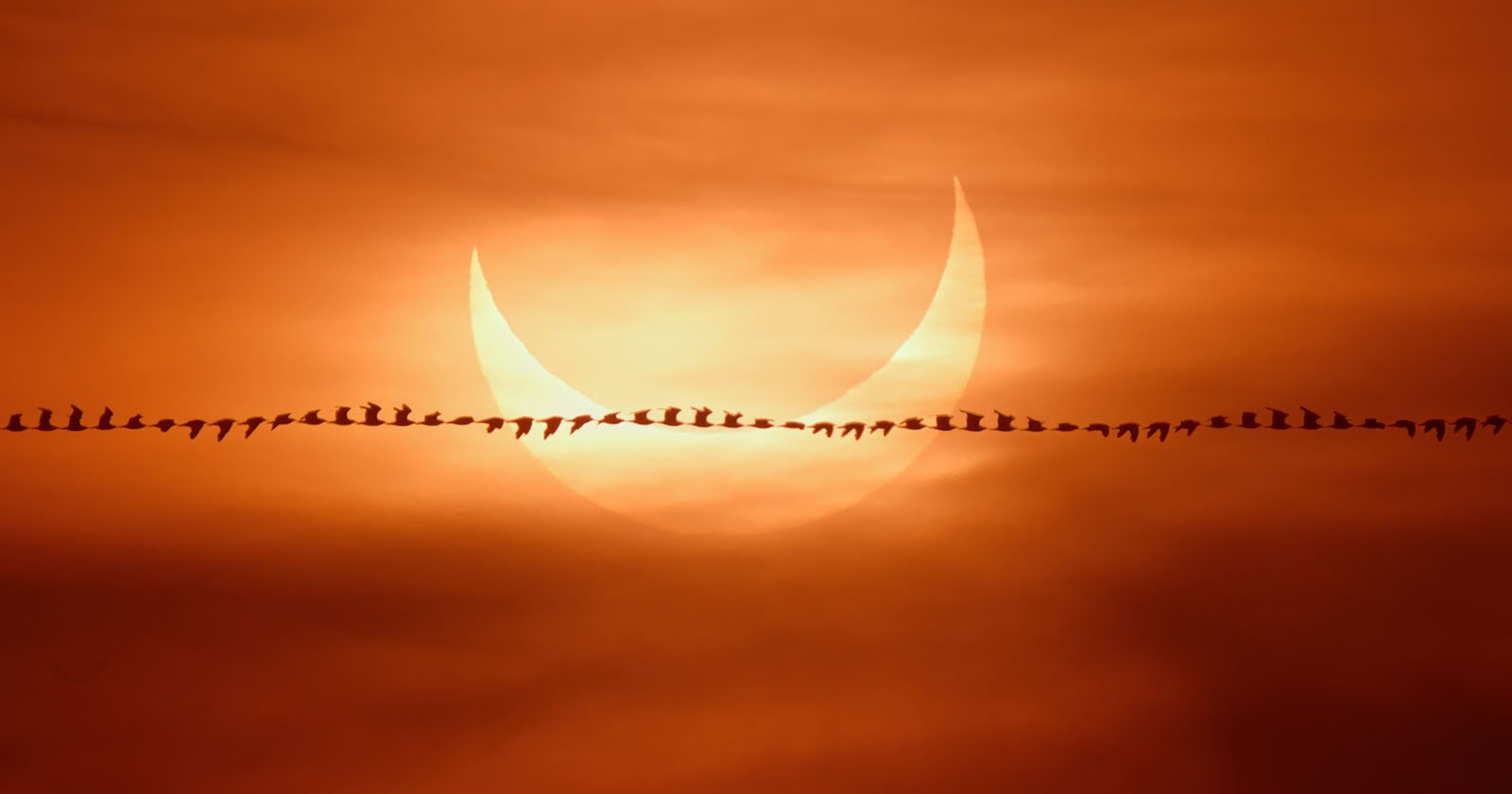 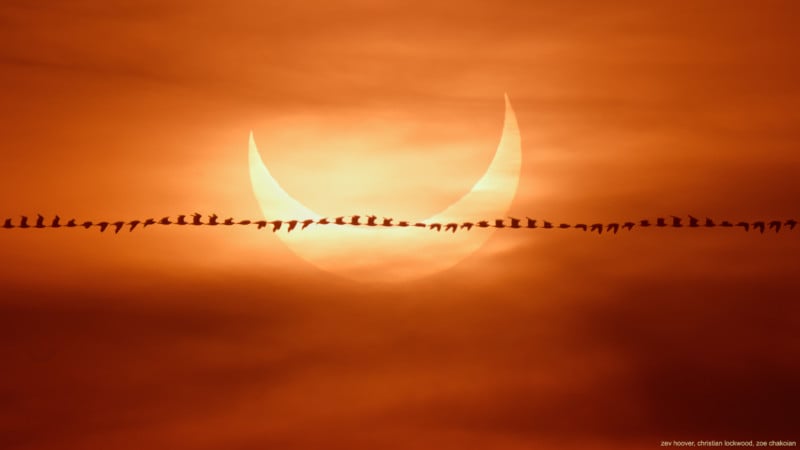 Photographer Zev Hoover shoots the solar eclipse early this morning when a bird accidentally flew through the frame. He then decided to create this unusual image that shows the trail of the dark silhouette bird against the partial ring eclipse.

Hoover, a Boston-based photo technician and photographer, got up at 6 p.m. 3:30 and drove out to Quincy Beach with his girlfriend, Zoe Chakoian and colleague, Christian Lockwood, to set up his camera equipment. He recorded both still images and 4K video with his Sony a7S III and a 1

000mm refracting telescope at f / 13, and the group’s goal was to get footage of the darkened sunrise with a Boston lighthouse in the foreground.

“Unfortunately for us in Boston, there was a dense cloud layer close to the horizon,” says Hoover PetaPixel. “We set up our equipment on the Quincy coast overlooking Boston harbor and waited for the first light. As the sun rose, the clouds began to thin and the sun actually looked out just as the eclipse reached its full point.

“A seagull happened to fly through my frame [at 5:35am] perfect silhouette against the sun and moon at that moment and I started recording on my telescope just as it passed by. ”

To create this “bird trail” image, Hoover stacked frames from the video he shot.

“The processing of the image was quite simple,” says the photographer. “Consecutive video images were statistically combined, as one could do to reduce noise, but instead of an average, I used a minimum function.

“This is a way to include the dark silhouette bird from each frame against the eclipse without making individual masks that are both dull and feel somewhat less authentic.”

Hoover says he feels lucky he was able to walk away from the beach with this lucky shot since the trip had initially felt like a wasted effort due to adverse weather.

“Something about seeing the gulls ‘wings’ sinusoidal motions cut directly across the intersecting pathways of sun, moon and earth that makes an eclipse like this possible … seems poetic to me,” Hoover says.