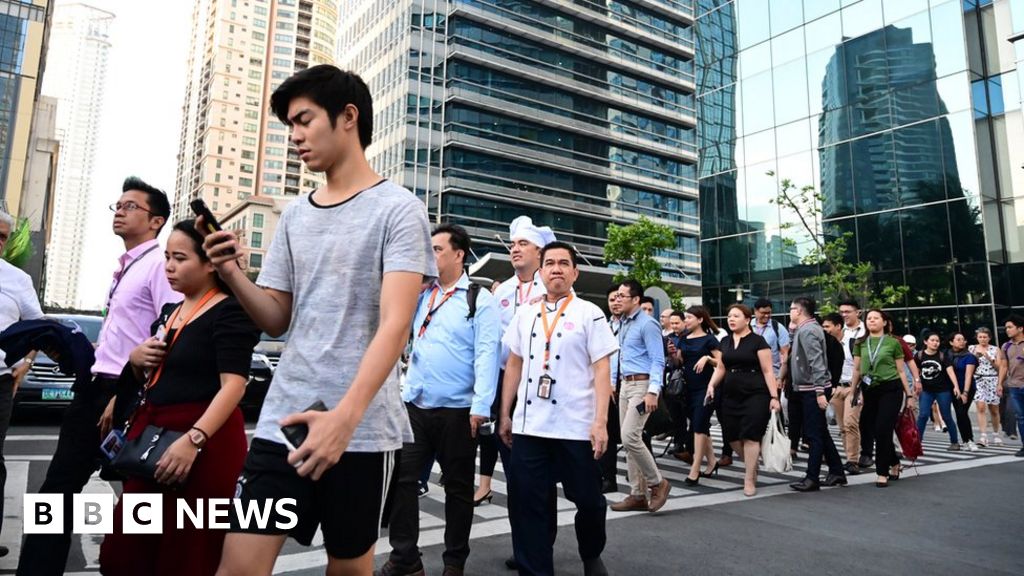 At least five people have been killed in the Philippines after a powerful earthquake hit the main island of Luzon, officials say .

An airport was severely damaged and at least two buildings were destroyed.

Authorities believe some people remain trapped inside a four-story building in the city of Porac.

She said three bodies had been pulled out of a shop after the earthquake, while a woman and her grandson were found dead in the city of Lubao.

Twenty people have so far been rescued and taken to hospital, she added.

The earthquake felt in the capital Manila, where skyscrapers were seen swaying.

Martial arts director Dani Justo reminded the moment she felt the earthquake in her Manila home.

"The clothes that hung on our line really swung. My shih tzu (dog) fell flat on the ground," she told AFP.

Social media users in the northern island wrote pictures of the damage caused by the earthquake, including cracked walls and swinging light fixtures.

A video submitted on Twitter showed water that went down the side of a skyscraper from its roof terrace.

Classes at Manila's De La Salle University are suspended on Tuesday while building inspections are being conducted.

The Philippines is part of the Pacific's "Ring of Fire" – a zone of major seismic activity that has one of the world's most active fault lines.