Pharrell Enlists Jay-Z, Diddy, Snoop for Something in the Water Set – Rolling Stone 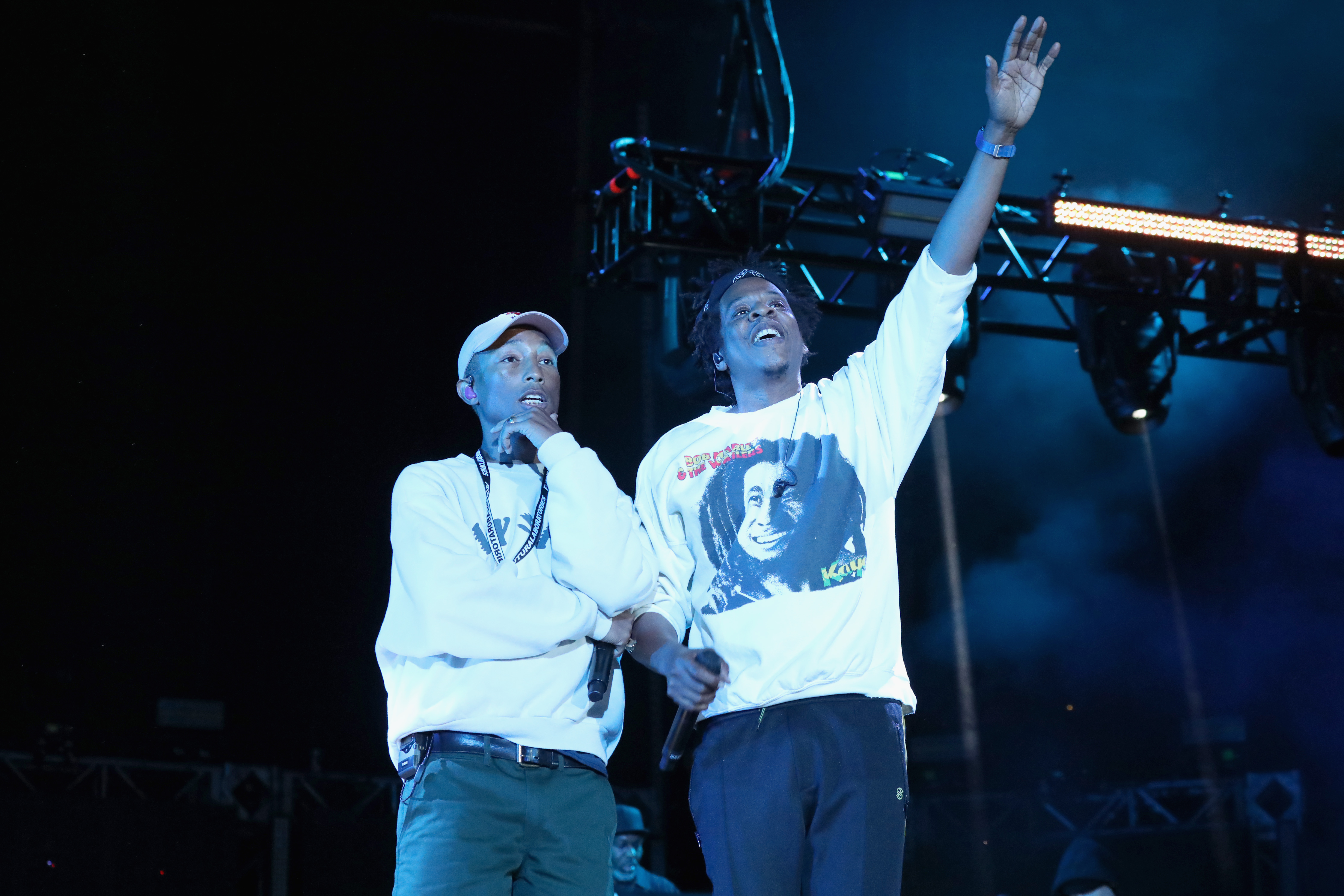 One day after Pharrell Williams was forced to cancel the first day of his inaugural Something in the Water music festival in his hometown Virginia Beach, the rapper-producer made it to fans Saturday night with guest appearances at his biggest collaborators, including Jay-Z, Diddy, Busta Rhymes, Usher, Snoop Dogg, Missy Elliott, Timbaland, Charlie Wilson and Tyler, the Creator.

Billed simply as "Pharrell and Friends," the 90-minute set found of his 27-year career, opening with Nelly's "Hot in Lord," Kendrick Lamar's "Alright" and Future's "Move That Dope" before introducing Snoop Dogg for "Drop It Like It's Hot." Who Am I? (What 's My Name?) "Before enlisting Wilson for the trios 2002 hit" Beautiful. "

"I'm so proud of you," he told Tyler, the creator before the Odd Future rapper performed the darkest song of the night with 201

When Williams started "Frontin," his debut solo single, soon after, the crowd knew what to expect. Jay-Z may have been the festival's worst-kept secret, as rumors and spottings of him popped up in the days before the festival. Set that 49, the gravitas of a Jay came with a weight that trumps surprise, with the rapper's appearance earning one of the biggest applause of the night. He stayed on for "Public Service Announcement," (Who cares if Just Blaze produced that one? The simmering beat drop of every single live crowd) and exhilarating versions or "Izzo (HOVA)," "Excuse Me Miss" and "I Just Wanna Love U (Give It 2 ​​Me). ”

A NERD mini-set followed, with the group delivering one song from each album (barring 2010’s Nothing ). "Everyone Nose (All the Girls Standing in the Line for the Bathroom)," the 2008 lead single to Seeing Sounds gift way to Fly or Die 's "She Wants to Move . ”“ This song was made in Virginia Beach, ”Williams told the crowd of the laughter song, a sentiment he would echo throughout the night. “Lapdance,” the first single off their debut album In Search Of…. followed before ending with a Rihanna-less "Lemon" from last year's No One Ever Really Dies. " (Page to organizers if this comes back next year: If NERD wants to run through their debut album front to back, we wouldn't be mad.)

Something in the water is like much Williams' love letter to his home city and state as it is a festival and community-organizing event. (How many rappers did the city council at the end of their set?) So it was heartening to see the rapper bringing out Norfolk rapper and Pharrell protégé Fam-Lay to perform his criminally underrated 2003 song "Rock n Roll" (whose video, incidentally, features Williams use a comically oversized cereal bowl) for a local crowd. Sound problems dampened the height of the arrival of Timbaland, who performed nearly all of his song with his mic broken. An unintentional air of absurdism infused with the show, as the Virginia producer mute-rapped to a crowd, scraping around the stage and gesturing his arms despite no one hearing him. But if Williams could survive one-third of his festival being rained out, he could survive this. And when Missy Elliott came out to perform riotous versions or "Get Freak On," "WTF (Where They From)" and "Lose Control," all was forgiven. Elliott and Timbaland, both Virginia natives, stuck around the festival even after their Friday sets were canceled due to weather. "This is huge for V.A.," Elliott told the crowd. [Pharrell] made sure he did whatever he had to make sure we were all here today. "

Still earned one of the biggest ovations of the night. The Bad Boy mogul opened his mini-set with "Find Get Loose," his 2015 collaboration with Williams, before going into "Mo Money Mo Problems," "It's All About The Benjamin" and 2002's "I Need a Girl." [19659002] Diddy remains one of rap's most charismatic performers, dancing at a near-frenetic pace across the stage. More importantly, though, he didn't shy away from mentioning Greekfest, a 1989 Labor Day weekend college party that saw African American students clashing with the police and the Virginia National Guard that remains one of the city's darkest moments. "Two decades later, black tourists still shy away from Virginia Beach," the Virginia-Pilot wrote in 2009. "Only recently has the city seen success attracting black-oriented conventions."

"They got Diddy told the crowd. "And then Pharrell came and brought everything back up."

Busta Rhymes and Spliff Star were up, performing predictably amped versions of "Put Your Hands Where My Eyes Can See ”and“ Pass the Courvoy, ”two songs that will be getting crowds to go apeshit 100 years from now, before Williams entered his final guest as Usher dance-walked on stage. The R&B singer treated the audience to "Don't have to call" "Lovers and Friends" and "Yeah!" Before Pharrell finished the whirlwind set with three of his biggest hits: a solo "Blurred Lines" (Robin Thicke apparently did not qualify for the “friends” portion of the evening), “Get Lucky” and “Happy.”

At the end of the set, a visibly Grateful Williams Shouted Out The Police, The Fourth Department And Virginia Beach Mayor Bobby Dyer. Many in the crowd may not have been born when Greekfest happened, but some city officials and locals doubtless have long memories. What they saw instead was thousands of people peacefully and jovially celebrating music, a local celebrity-turned-global-superstar and a city intent on looking forward.

The festival is set to conclude Sunday with performances from Anderson. Chris Brown, Teddy Riley and Pusha T, among others.