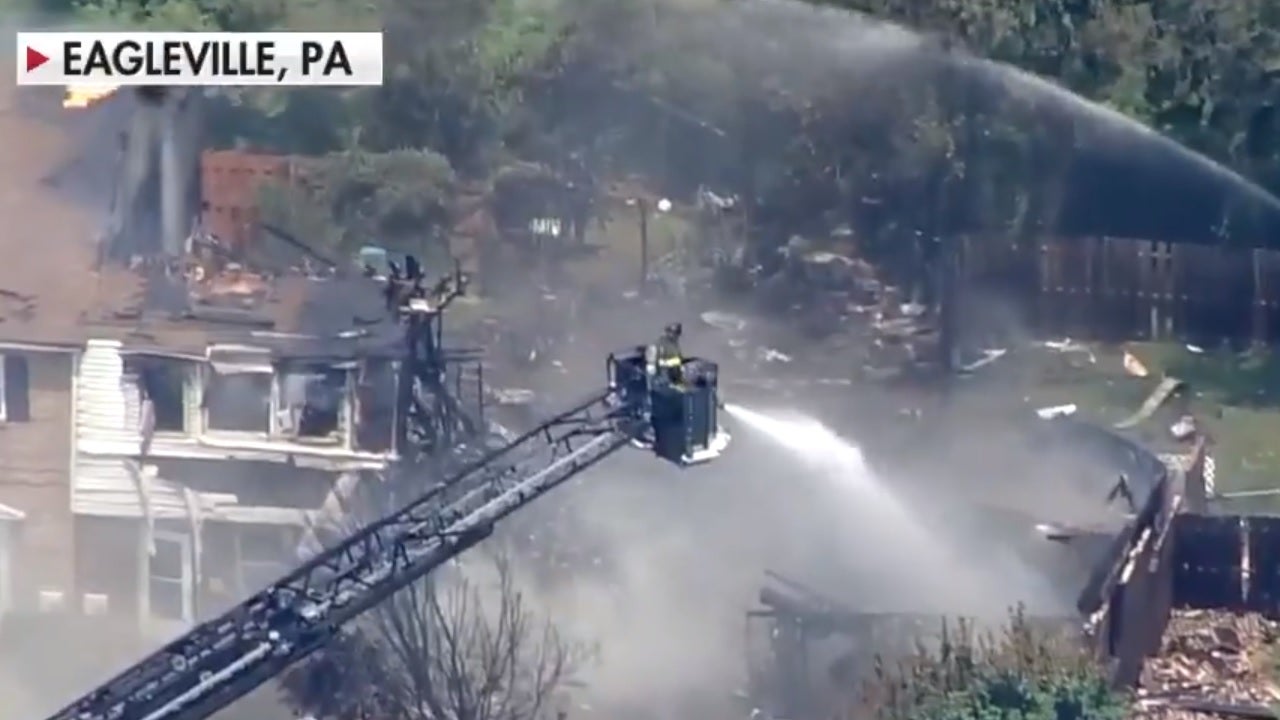 The body of a Pennsylvania man who chased a code enforcement officer with a firearm and participated in a standoff with police was found hours after several explosions and a fire he started destroyed three homes, authorities said Friday.

Lower Providence Township police said the man was identified as Thomas Razzi, 66, during an autopsy. His cause of death is still awaited. His body was discovered around midnight Friday in the Eagleville, Pennsylvania apartment unit where he lived.

Thursday’s chaotic chain of events began just before noon amid reports that Razzi was chasing a code enforcement officer with a firearm. The officer arrived at Razzi̵

When the officer entered, Razzi showed a firearm, which caused the inspector to leave, police said.

Firefighters are battling a fire with three alarms that broke out after a series of explosions in an apartment complex in Pennsylvania. The body of a suspect involved in an armed standoff with police was later found inside his home.

When two police officers from Lower Providence Township arrived at the scene, they confronted Razzi in front of the home and ordered him to stop. Razzi, who was unarmed at the time, instead went into the residence and slammed the door, police said.

When additional officers arrived, a series of explosions and shots coming from the home were heard and a fire broke out. Officers did not fire their weapons, police said.

Authorities later learned that Razzi was making his own fireworks and had several firearms and ammunition inside, police said. Investigators believe the shot was ammunition that exploded from the fire.

The code enforcement officer suffered minor injuries and was treated and released from a local hospital.

An investigation into the fire was conducted by the Lower Providence Township Fire Marshal several other agencies, including the FBI and the Bureau of Alcohol, Tobacco, Firearms and Explosives (ATF).

Authorities believe the cause of the explosions was the result of a mixture of chemical substances used to make illegal fireworks. The investigation into the incident is ongoing.