Pediatric patients reciprocate the pope’s proximity to the hospital 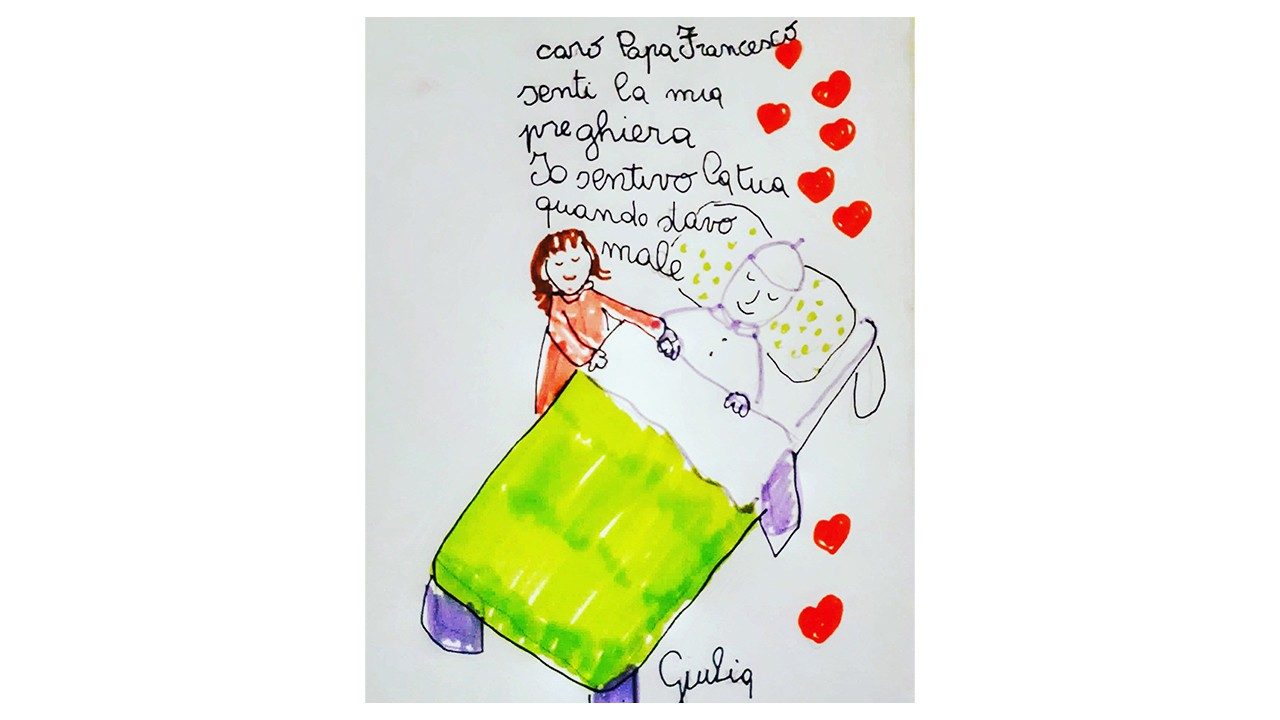 Children being treated at the oncology ward at Rome’s Gemelli Hospital have expressed their affection for Pope Francis, who is hospitalized there.

A drawing posted on Twitter and Facebook accounts of the Vatican’s Bambino Gesù Pediatric Hospital (above) aroused much emotion. It depicts a little girl holding the pope’s hand lying in a hospital bed. It is accompanied by the author’s words Giulia in Italian: “Dear Pope Francis feels prayer, just as I felt yours when I was ill.” The words were accompanied by 8 little red hearts that conveyed much more than words can express.

In his update on the pope̵

7;s health on Thursday, Holy See Press Office said Pope Francis on Wednesday afternoon “would show his fathers closeness to the young patients in the nearby Department of Pediatric Oncology and Neurosurgical Department and send them his loving greetings”. “In this special moment, he turns his attention to those who are suffering and expresses his closeness to the sick, especially to those who need care most,” Bruni added.

A message from pediatricians to Pope Francis.

Another message from hospitalized pediatricians to the Pope.

Another sketch with colored pencil said: “Dear Pope Francis, we realized that you are not holding up too well and that you are being admitted to our hospital. Although we can not see each other, we send you a big hug and wish you a speedy recovery. It was a heart-to-heart short message that the Holy Father was able to perceive immediately.