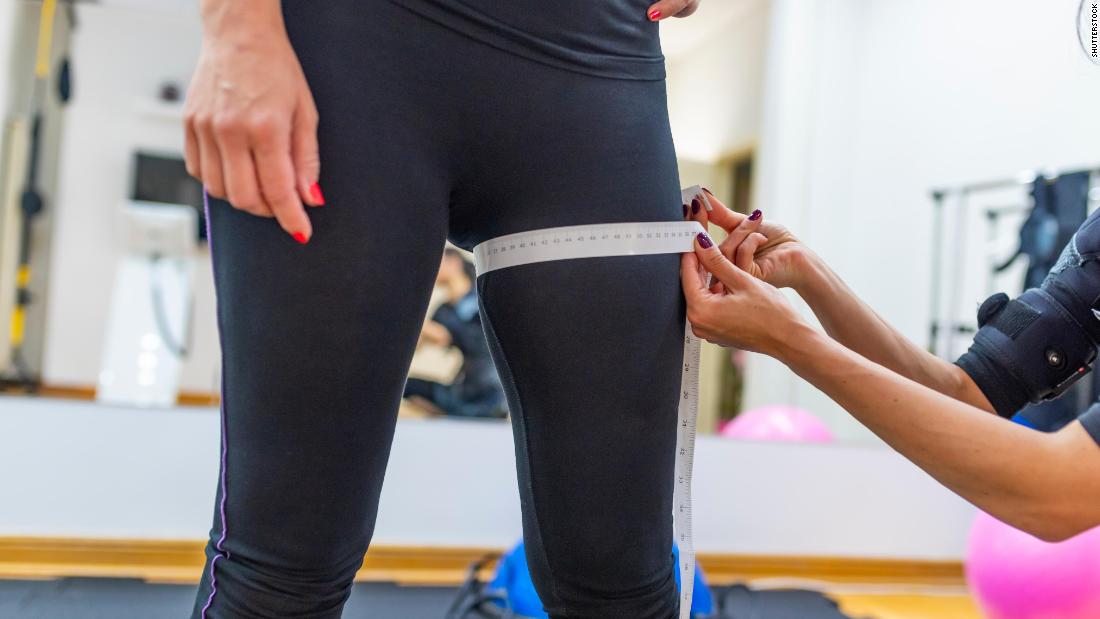 Not only is the proverbial pair shaped woman heart healthier than her apple-shaped friend, but she may as well be lower risk of cardiovascular disease than slim-waisted women who lack "thunder thighs," the new research suggests.

For the new study, researchers followed more than 2,500 women between the ages 50 and 79 for an average of 18 years. All these postmenopausal women fall within the normal range of Body Mass Index. The researchers measured waist and high fat for all the women and categorized them into quarters highest to lowest for each measurement. An individual woman, for example, might fall in the highest quarter for fat and second lowest quarter for fat fat.

05 decades of follow-up, while 105 women suffered strokes; 16 women experienced both a stroke and some episode of coronary heart disease.

Analyzing the data, the Albert Einstein College of Medicine researchers found that whole body fat was not linked to risk of cardiovascular disease, though trunk fat was. Women who had "both high trunk fat and low leg fat had more than three-fold increased risk" of cardiovascular disease compared with women with low trunk fat and high leg fat, the study authors noted. These relationships between fat and heart disease risk go up when they have other known risks, such as smoking, into their analysis.

"Our results showed that higher levels were associated with various metabolic disturbances" including elevated insulin levels , systemic inflammation, and abnormal cholesterol levels, concluded the study authors. Meanwhile, the relationship between leg fat and these same unhealthy signs "were generally in the opposite directions," they stated.

The strongest predictor of cardiovascular disease and early death due to heart disease has been increased abdominal or trunk fat – and not high BMI, they noted. "Not everybody with obesity develops premature atherosclerosis and there is substantial variation in cardiovascular risk even in individuals with normal BMI," Blüher and Laufs wrote, neither involved in the new research.

Importantly, the new study suggests that they may have a positive effect on atherosclerosis risk, they wrote, adding that this needs to be studied in depth. "Compared with visceral depots, they may release lower concentrations of potentially harmful metabolites," they said. Heart disease, which includes atherosclerosis, heart attack and related conditions, is the leading cause of death for women in the United States, responsible for about 1 in every 5 female deaths, according to the US Centers for Disease Control and Prevention.

The authors of the new study conclude that their findings "highlight the importance of fat distribution beyond overall fat mass in the development of cardiovascular disease." The healthiest hearts may belong to those who stretch the thighs of their jeans.