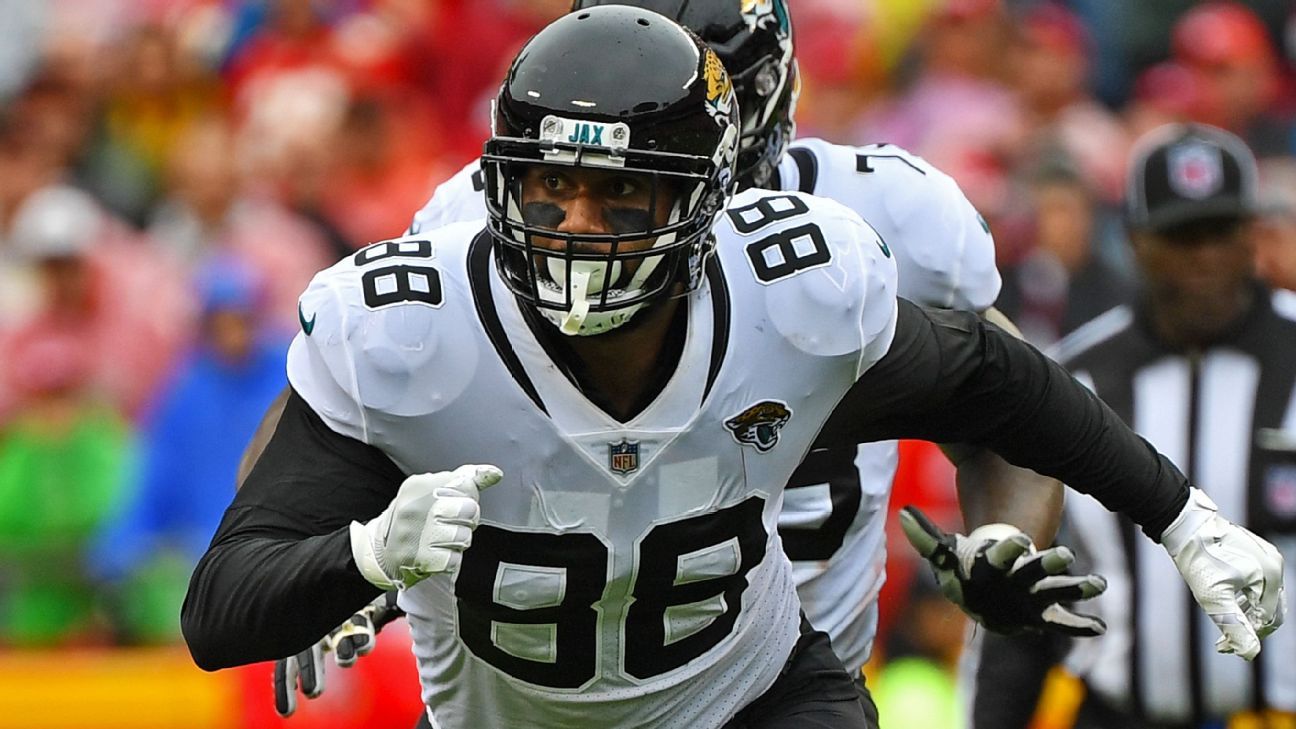 The Patriots have not announced the move, but Seferian-Jenkins confirmed in an Instagram post that he was signing with the team.

Seferian-Jenkins, 26, had 11 catches for 90 yards and a touchdown before going on injured reserve in early October with a core muscle injury that required surgery. He became a free agent when the Jacksonville Jaguars declined his $ 500,000 option for 2019.

Seferian-Jenkins joined the Jaguars on a two-year, $ 10 million deal before last season after resurrecting his career with the New York Jets. The Tampa Bay Buccaneers cut him after a September 2016 drunken driving arrest, which ultimately resulted in a two-game suspension by the NFL at the start of the 2017 season.