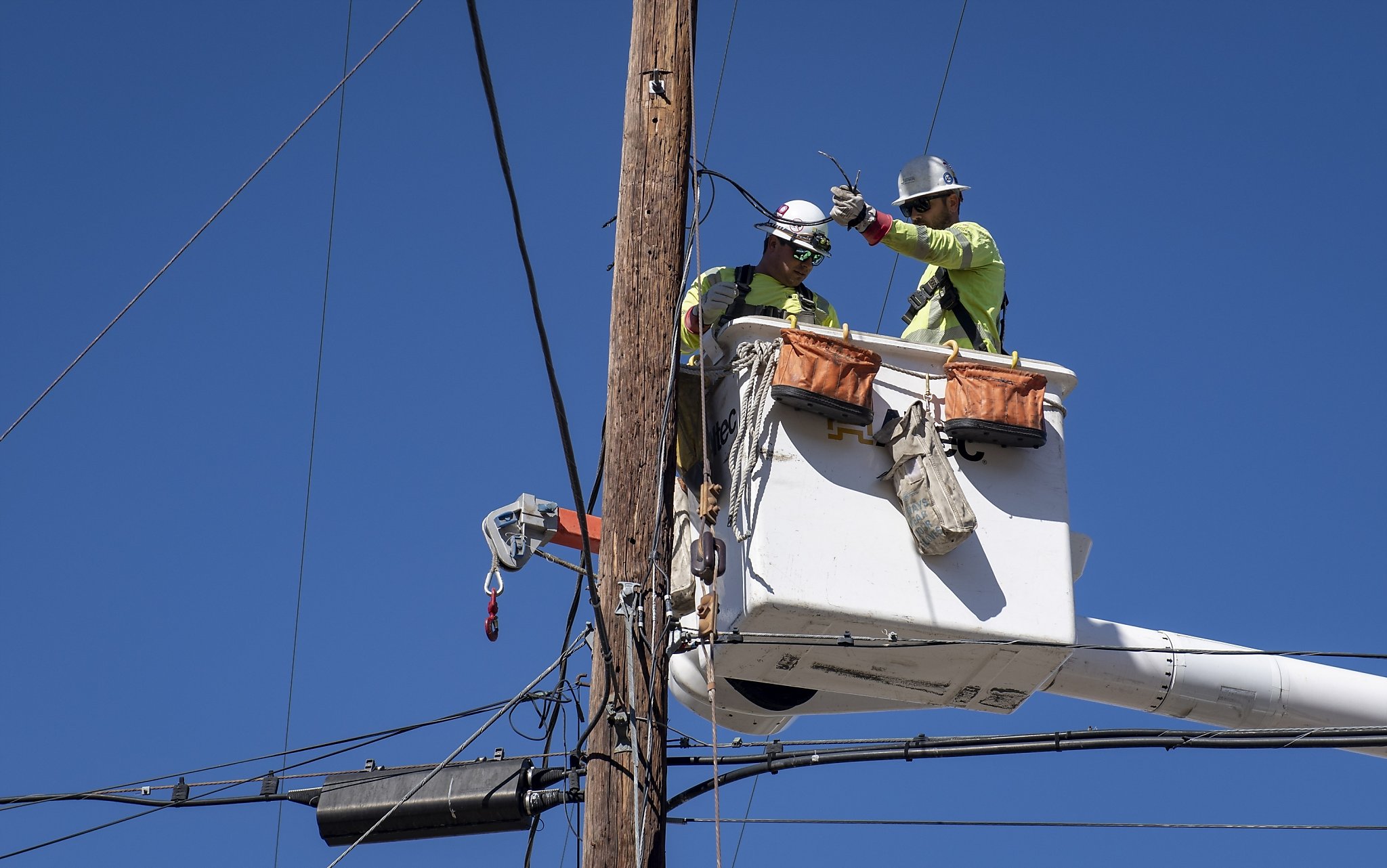 The fire season is now year-round in California.

Dry, windy conditions in the forecast for Southern California on Thursday and Friday will increase the risk of fallen or damaged power lines triggering forest fires.

Edison International is preparing to potentially cut power to 70,000 customers on Thanksgiving Day, mostly in the mountains of Kern, Los Angeles, Riverside, San Bernardino and Ventura counties, according to the power company’s website.

Edison spokeswoman for Southern California, Taelor Bakewell, told Bloomberg News that power would likely be out until Friday night.

Power outages are not expected for Central or Northern California.

The winds reach peak speeds Thursday night to Friday morning with gusts up to 60 mph in the mountains, up to 50 mph in the valleys and up to 45 mph along the coast.

Humidity levels will drop to 10-25% on Thursday, and some local spots on Friday may drop to individual digits.

A handful of storms have passed over California in recent weeks, delivering healthy amounts of rain to those far out of northern California and stacking snow in the northern Sierra Nevada area. But the systems have not delivered the widespread rain that the state desperately needs to dampen the landscape and limit the risk of fire.

“In the wettest places, this precipitation can very well be considered ‘fire season ends’ – and rain elsewhere has significantly reduced the risk of fire in fire,” wrote Daniel Swain, climate scientist at UC Los Angeles, on his Weather West blog. “But real season-ending rain has still not come over some parts of NorCal and certainly not over most of SoCal yet.”

Swain noted that fall 2020 is set to be among the top five driest on record in large parts of California.

“This comes immediately after the warmest August-October period recorded in California,” Swain wrote.

In short, the fire season is not over.

Shep Smith breaks his silence about why he left Fox News