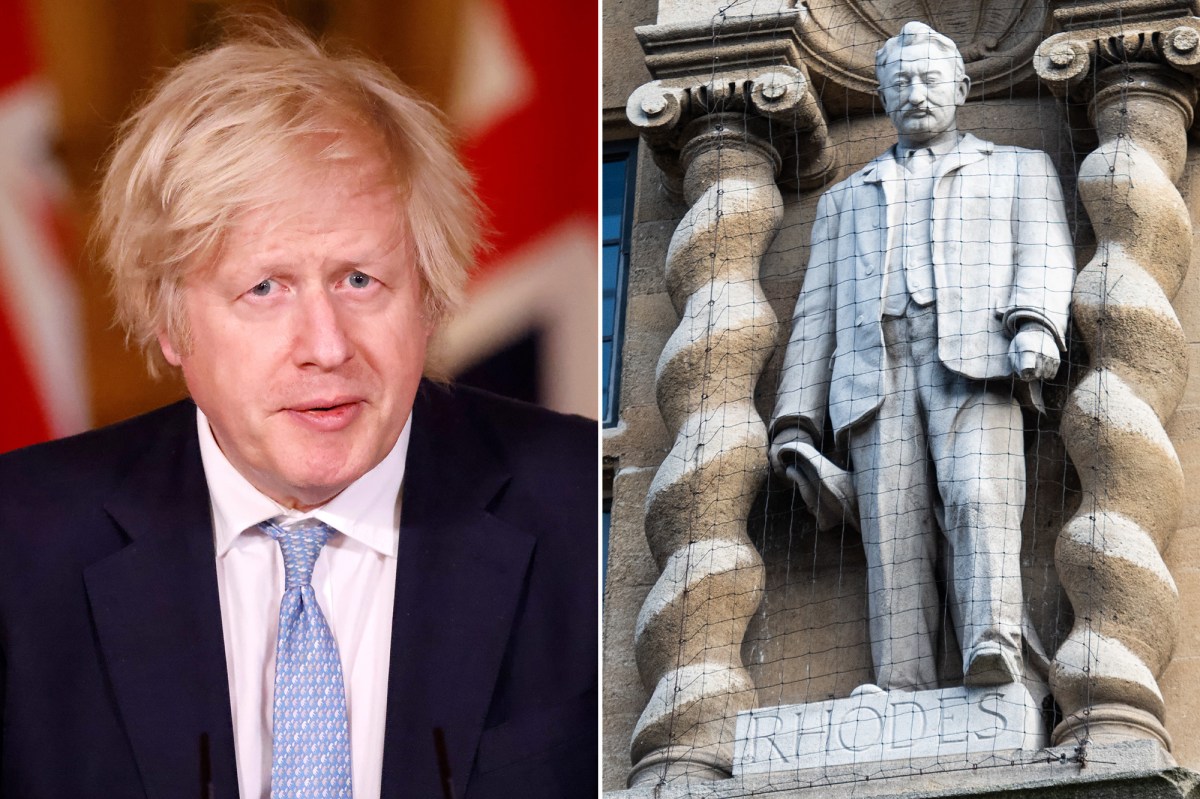 More than 150 academics from Oxford University refuse to teach unless a statue of a controversial British colonial leader is removed – being torn down in parliament as a “useless bunch” driven by “wokeness”.

Lecturers signed a “declaration of a boycott of Oriel College” over the decision to keep a statue of Cecil Rhodes, who ran colonial expansion in southern Africa in the 1800s and for whom the school’s Rhodes Scholarship is named, according to The Telegraph.

“In the face of Oriel’s stubborn attachment to a statue that glorifies colonialism and the wealth it produced for the college, we feel we have no choice but to withdraw all discretionary work and goodwill cooperation,”

; the teacher said in a statement.

The response to the boycott threat came as high as Prime Minister Boris Johnson, whose office said he expects “appropriate action” to be taken to ensure students receive compensation for any canceled classes.

“Students rightly expect to get a great deal for their investment in higher education,” his spokesman told The Telegraph. “We fully believe in protecting academic freedom, but universities have a duty to maintain access to good quality teaching as a priority.”

The lecturers say they plan to refuse to teach Oriel’s students, help with outreach work or hold lectures or seminars “until Oriel makes a credible public commitment to remove the statue,” according to The Telegraph.

The boycott came as Oxford was already under fire after students at neighboring Magdalen College voted to remove a portrait of Queen Elizabeth II because she “represents recent colonial history.”

The leader of the House of Commons, Jacob Rees-Mogg, dismissed Magdalen students as “a couple of pimple young people who get excited.”

As for the rebellious speakers, he told parliament: “I am half tempted to say that you should be lucky not to be taught by such a useless bunch.”

“We must not let this vigilance happen,” he said, asking, “Why are they not proud of their country, our amazing history, and our success?

“Rhodes is not a black and white figure, perhaps they are not learned enough to have bothered to look up the history of Rhodes in detail,” he said, calling him “a figure of importance and interest and of enormous generosity towards Oxford. ”

MP Tom Hunt also asked Parliament to give us “time to discuss what we can do to prevent the ‘wokification’ of Oxbridge colleges?”

Rhodes, who founded Rhodesia and served as prime minister of the Cape Colony in the 1890s, supported apartheid-like measures in southern Africa, The Telegraph said. He is also known for providing the foundation that supports the famous Rhodes Scholarship in 1903.

Students started the “Rhodes Must Fall” campaign in 2015, but it was revived after other statues were toppled during Black Lives Matter protests last year, The Telegraph said.

Other academics at Oxford called the boycott “pathetic” and “ridiculous,” The Telegraph said.

“The petition is clearly bonkers and the adults around Oxford should know better,” an associate professor told the British paper.

“It’s crazy to remove their virtue signaling on Oriel students.”