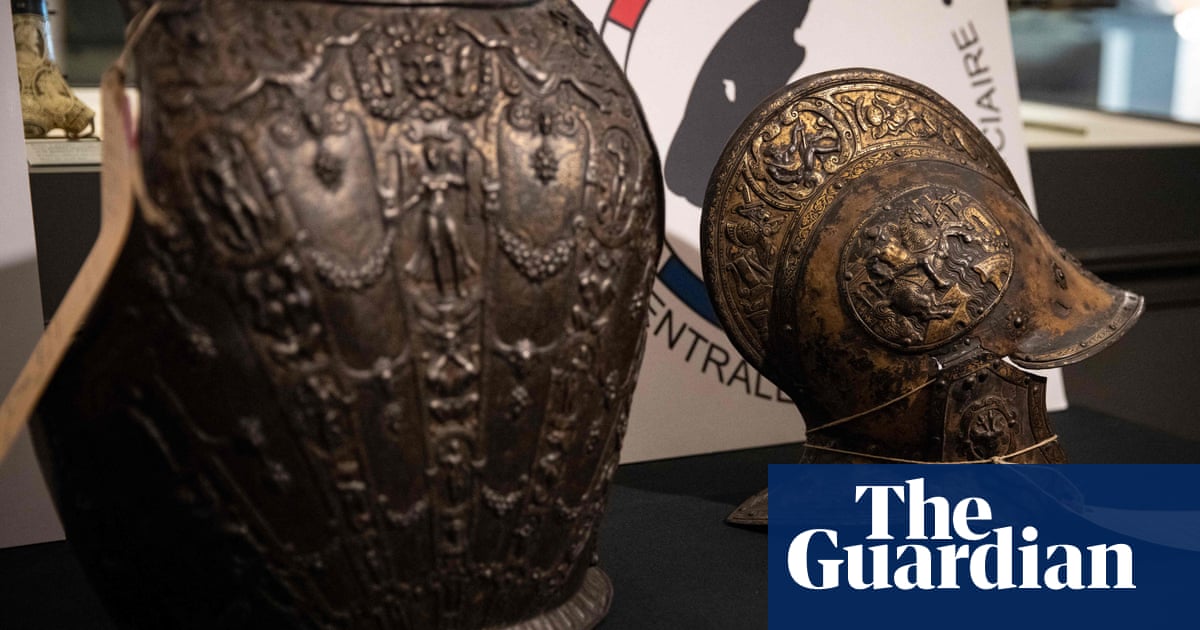 The Louvre Museum in Paris has announced the restoration of a set of gold and silver armor from the era – almost 40 years after it was stolen.

An expert on military antiques warned police after being called to advise on a legacy in Bordeaux in January and become suspicious of the luxurious helmet and body armor in the family collection.

, 1983, under circumstances that remain a mystery.

Bordeaux prosecutors are now investigating how they ended up in the family property.

It is believed that the armor and helmet were made in Milan between 1560 and 1580. They were donated to the Louvre in 1922 by the Rothschild family.

“I was sure we would see them reappear one day because they are such unique objects. But I could never have imagined that it would work so well – that they would be in France and still together, “said Philippe Malgouyres, Louvre’s head of cultural heritage art, on Wednesday.

“They are prestigious weapons, made with virtuosity, similar to a luxury car today. In the 16th century, weapons became works of very luxurious art. Armor became an ornament that had nothing to do with use, ”he said.

There are 100,000 items in France’s database of global stolen works of art, 900 of which were added last year alone.

According to Jean-Luc Martinez, president-director of the Louvre, the last theft from the world’s most visited museum in 1998 was a 19th-century portrait of French artist Jean-Baptiste-Camille Corot.