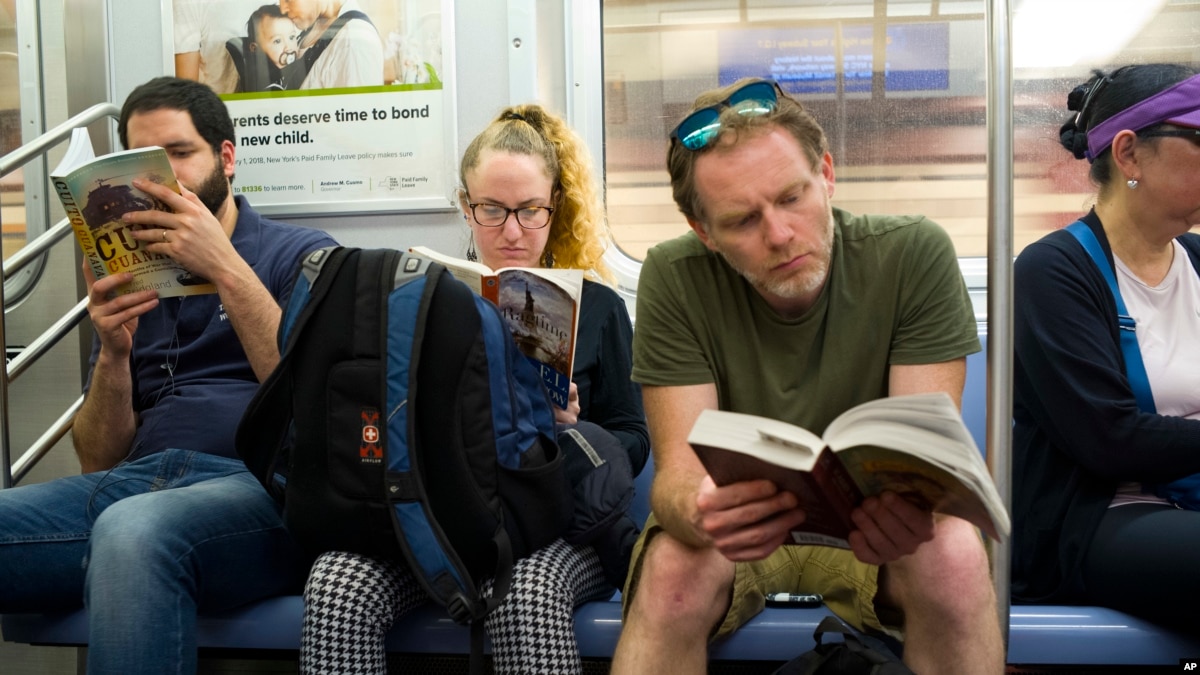 If you want to make sure that you understand this story as fully possible, you might consider printing the article and reading it on paper. This is one of the findings of a recent study of research done on the differences between paper and screen reading.

Virginia Clinton carried out the research examination. She is a professor of Education, Health and Behavior at the University of North Dakota. She found what she called a "small but significant " difference in reading text from screen versus paper.

Researchers have been investigating for years the ways in which screens affect the quality of a person's reading. The magazine Scientific American reported that at least 1

00 studies have been published on the issue since the 1980s.

Until the early 1990s, most studies found that people read more slowly and with less accuracy than on paper. Later studies show more mixed results. Some continued to report findings similar to those earlier studies. Others suggested technological improvements over the years had improved reading quality on screens.

Clinton's aim was to bring together some of the most recent findings on reading performance, reading speed and a knowledge known as metacognition.

Clinton looked at 33 past studies that examined paper versus screen reading. All of the studies were done between 2008 and 2018. The studies collectively had 2,799 study subjects, including both children and adults. All were native English speakers and had usual reading skills for their age.

Clinton's examination found that reading from paper generally led to better understanding and improved performance on tests connected to the reading material. And, she found no major differences in reading speed between the two. In other words, paper reading was found to be more efficient .

Such differences were not only found when the reading materials were expository texts– or explanatory and based on fact. Clinton said she found no major difference when it came to narrative fictional texts.

Clinton also found that paper readers usually have higher recognition of how well they have understood than text readers. This skill is called metacognition. The word "cognition" means the mental action of increasing knowledge and understanding. "Metacognition" simply means thinking about one's own thinking.

Clinton and other researchers have found screen readers often believe they understand a text better than they really do. And they are more likely to overestimate paper readers than they would read on the materials they have read

Clinton said this is common among all readers.

She said, "We think that we" re reading the story or the book better than we actually are. We think we understand what we are actually reading. ”

Yet, this inflated sense of understanding, or overconfidence, is especially common among screen readers.

Clinton said there are many possible reasons for such findings. Overconfidence of screen readers, for example, could be the result of distracted less focused reader preference is also important, she said. Research shows the majority of people – of all ages – prefer reading from paper.

But, if someone prefers screen reading to paper reading, that person's understanding of the material is not likely to suffer.

Several studies have found that people often think of paper materials as more important and serious.

" If you are reading from paper, your mind thinks, "This is something important. I need to pay attention to it, ”Clinton said.

Readers might connect computer screens with fun, less serious activities – such as checking social media or watching Netflix. That, Clinton said, could explain why most studies find no major difference in screen and paper among narrative, fictional reading materials. Clinton described this with reading as "enjoyment reading."

Although her findings may support paper reading on screen reading, Clinton says she does not believe in reading should be avoided.

Instead, she points to new and developing tools that can be used to improve a screen reader's understanding and focus

"For example, when you're reading off of a screen, it can be programmed with that you have to answer questions and get them right before you can continue. Paper can make you do that. ”

Other tools in development will offer students reading at a lower level more than just texts while providing their other classmates more complex versions of the same text.

Clinton said," I think the answer, or appropriate response to see findings like mine … is to think of "Okay, what can screen do that can do?" "

Clinton's findings were published earlier this year in the Journal of Research in Reading. She also presented her results this month at the American Educational Research Association's yearly meeting, hero in Toronto, Canada.

Start the Quiz to find out

Signs in This Story

– adj. – n. the original words of a piece of writing or a speech efficient – adj. capable of producing desired results without wasting materials, time, or energy

distracted – adj. unable to think about or pay attention to something: unable to concentrate

appropriate – adj. right or suited for some purpose or situation

response – n. something that is said or written as a reply to something