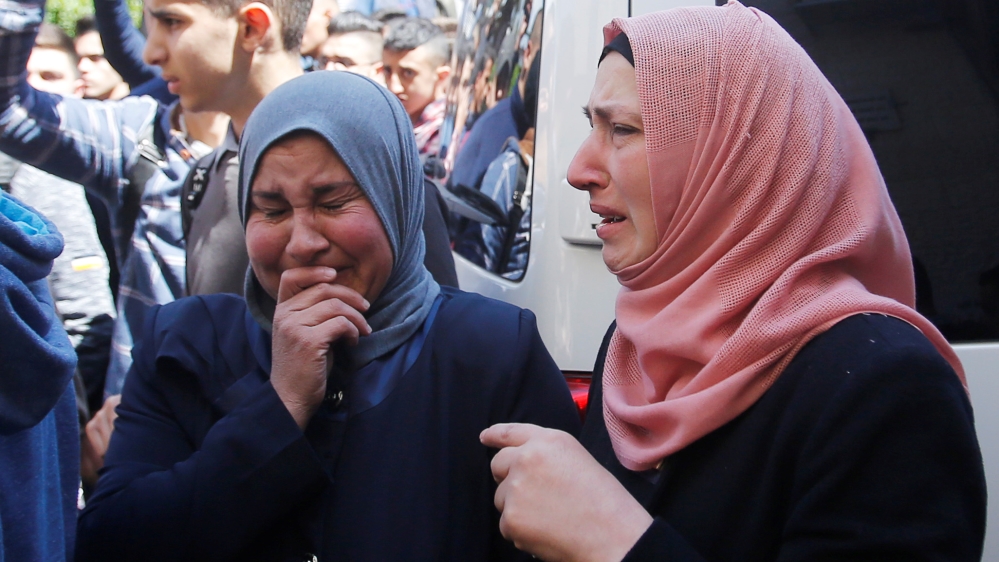 Israeli forces shot and killed an 18-year-old Palestinian medic after the army raided a refugee camp in Bethlehem on the occupied West Bank.

Sajid Muzher was shot in the stomach and later died on the operator's table at Beit Jala Hospital, Palestinian medical sources said.

The sources added that the young man was killed when Israeli soldiers were extinguished while wearing a medicine vest to rescue the injured demonstrators in the Dheisheh refugee camp.

Witnesses pointed out that the Israeli soldiers were deployed in large numbers in the camps and streets with the sniper camp located on the rooftops during the shooting.

The Palestinian Authority's Health Minister Jawad Awwad condemned the murder and noted that the teenager served as a volunteer medic and that he was shot while trying to help others.

Awwad said that "the killing of a voluntary medic by the profession of shooting him in the stomach is a war crime."

Three other Palestinians were wounded by Israeli fire.

Israel's forces often raided refugee camps to carry out arrests or other operations that often kicked clashes with residents.

There was no response from the army.