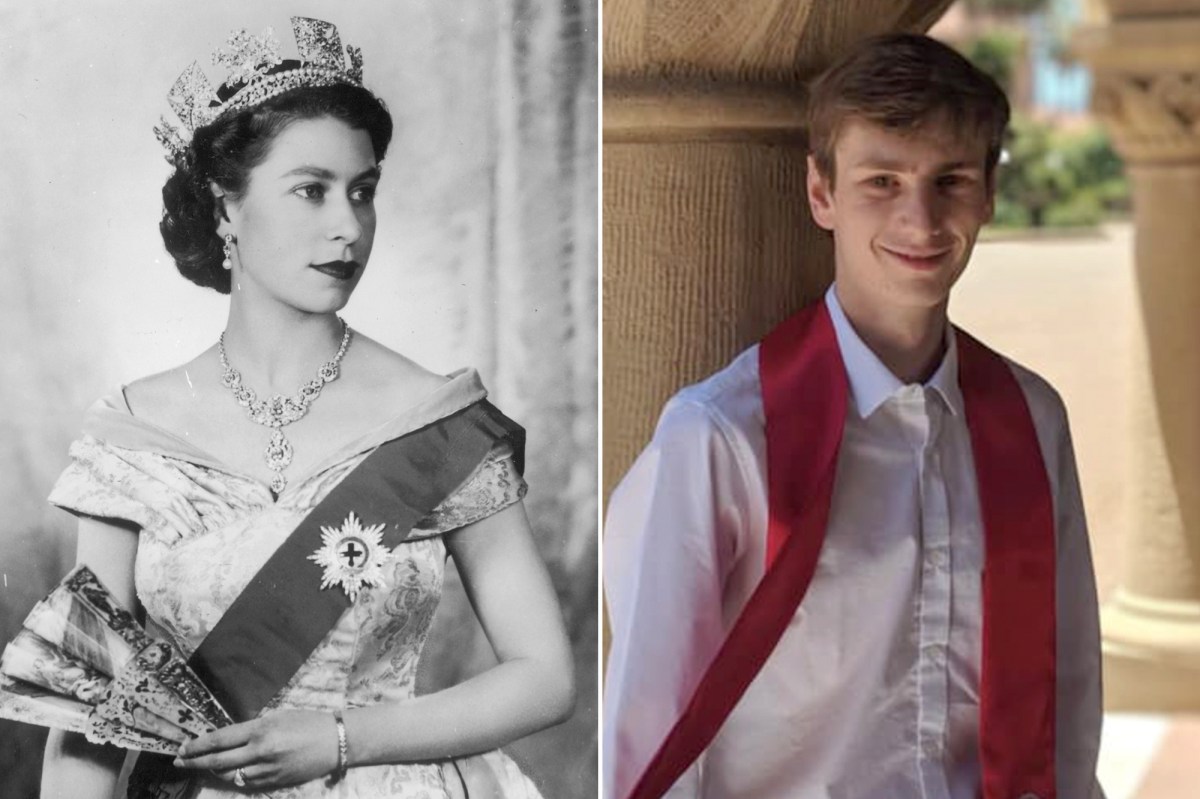 Oxford University student who led a vote to remove Queen Elizabeth II’s portrait – which created anger in the upper echelons of the British government – is a wealthy American private schoolboy who is a Captain America fan, it emerged Wednesday.

Stanford graduate Matthew Katzman, 25, presented the motion to remove the image from Magdalen’s Middle Common Room, saying it was not inviting because the monarch “represents recent colonial history.”

Members of the Middle Common Room then voted in favor by a “significant” majority – which triggered violent setbacks.

The Queen “is head of state and a symbol of what is best about the United Kingdom,”

; tweeted British Education Secretary Gavin Williamson. “During her long reign, she has worked tirelessly to promote British values ​​of tolerance, inclusivity and respect around the world.”

A spokesman for Boris Johnson then told the Daily Mail that the prime minister “supports” his minister’s statement.

Now it turns out that the man who led the movement to take the portrait down was not even British, but from Washington, DC – only added the outcome.

Katzman is the son of commercial lawyer Scott Katzman, 65, who lives in a DC mansion worth more than $ 5.5 million, according to the Mail.

Her younger sister, Sasha, also went there, as did Nancy Reagan, Chelsea Clinton, President Biden’s grandchildren and descendants of other presidents, including Theodore Roosevelt and Richard Nixon.

But the computer scientist insisted in the marketing that removal of the portrait did not “correspond to a statement about the queen.”

“The royal family is exhibited in many areas of the college, and it was ultimately agreed that it was an unnecessary addition to the common room,” he said.

“It was decided that the space should be an inviting, neutral place for all members regardless of background, demographics or views,” he said.

“No decision was taken on the queen or the royal family – the conclusion was simply that there were better places to hang this pressure,” he said.

Magdalen College – which has distanced itself from the vote – had long been “solidly royalist”, with its famous alumni including King Edward VIII, and the Queen herself received an honorary degree in 1948.

The monarch also visited in 2008 to mark his 550th anniversary.

Magdalen College President Dinah Rose stressed online that the students “do not represent the college,” while emphasizing that it “strongly supports freedom of speech and political debate.”

“The image is saved securely,” she said.

Lord Chris Patten, vice-chancellor at the University of Oxford, said he hoped the scandal “does not damage the college’s reputation too much.”

“Freedom of speech allows even intelligent people to be offensive and uncomfortably ignorant,” he said, according to the Mail.

But Sir John Hayes, chairman of a Common Sense group of MPs, said those “involved should be thoroughly ashamed of themselves.”