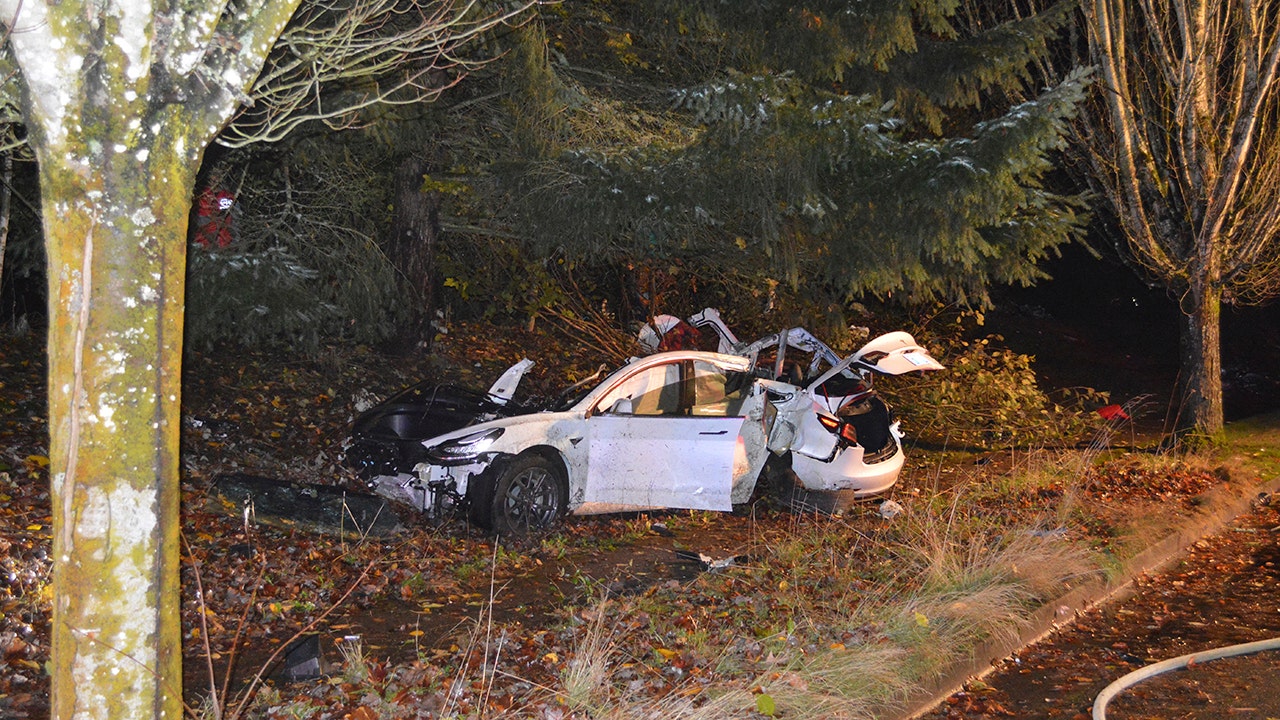 , was driving the car through a residential neighborhood at about 100 mph when it hit and knocked down a power pole and two trees, according to police.

The impact was so severe that the battery pack of the electric car tore up and hundreds of the cylindrical cells inside escaped. Tesla’s package consists of approx. 3,000 to 4,400 cells depending on the model.

Police said some of the cells landed in someone’s lap while they were in bed, igniting the bedding.

Milota fled the scene with minor injuries but was caught nearby and charged with driving under the influence of marijuana, hit and run, criminal malice, reckless driving and reckless danger, police lieutenant Eaton said.

Police warned residents that despite emergency crew cleanup efforts, there could still be some of the potentially toxic and dangerous cells in the area near the intersection of NW Walnut and NW Fairlawn Boulevards.

Tesla apparently no longer has a functioning press office to respond to requests for comment, and CEO Elon Musk has not said anything about the incident on social media.