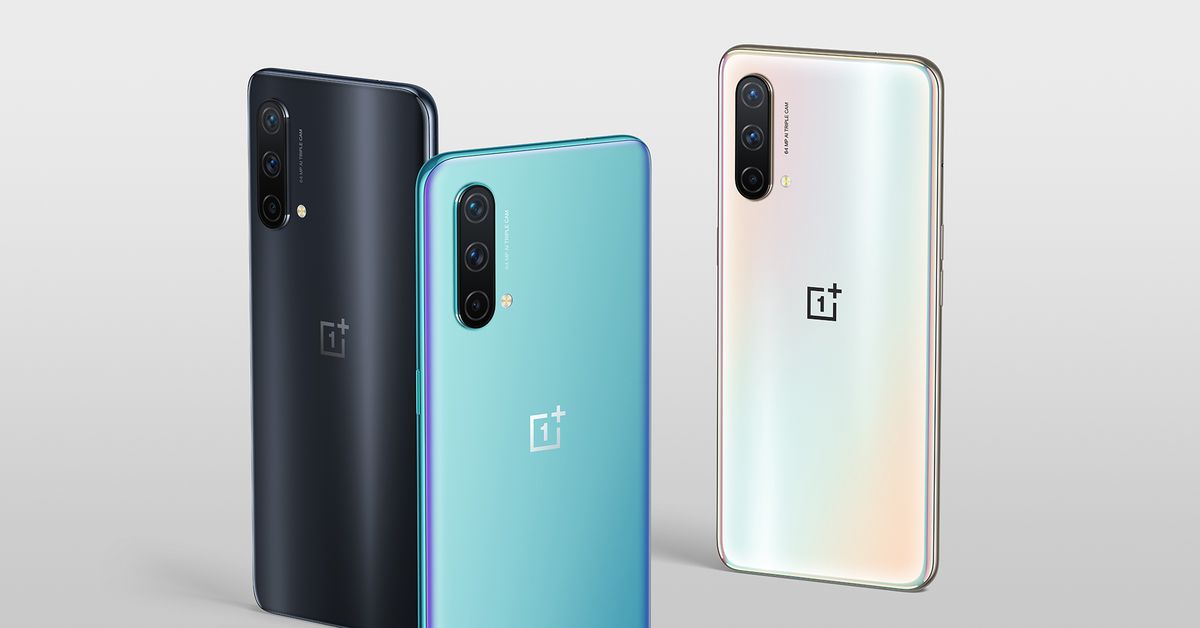 OnePlus has announced a new addition to its range of mid-range phones, Nord CE. According to the company, “CE” stands for “Core Edition”, an indication that the company is focusing on the basics, rather than blowing the device’s specification sheets with unnecessary accessories. The phone is being launched in Europe and India and there are no plans for a US release.

What this focus on the basics means in practice is that Nord CE is a bit cut off compared to last year’s Nord, but it’s also a bit higher than its predecessor. So you get a 64-megapixel main camera with higher resolution (up from 48 megapixels), but there are only three rear sensors in total. (There is also an 8-megapixel ultra-wide with a 1

19-degree field of view and a 2-megapixel monochrome sensor.) The Nord CE also has only a single 16-megapixel selfie camera without secondary ultrawide like the original Nord.

Internally, there is a Snapdragon 750G that drives this year’s model compared to the 765G in last year’s phone. OnePlus claims that its CPU is 20 percent faster while its GPU is 10 percent faster. It is paired with a choice of 6, 8 or 12 GB of RAM, although these options vary slightly depending on the region. There’s a 4,500mAh battery inside the North CE, up from 4,115mAh last year, and the phone supports Warp Charge 30T Plus fast charging, which OnePlus says should charge you from 0 to 70 percent in half an hour.

Externally, Nord CE looks a lot like its predecessor. It has a very similar styled camera bump on the back left (though with three rather than four cameras) and a hole for its selfie camera on the front of the phone (again with one instead of two cameras). But at the bottom of the phone you’ll find a headphone jack that was missing from last year’s device. In terms of screen, Nord CE comes with a 6.43-inch 90Hz 1080p OLED panel. The phone is available in blue, black or silver.

Like the original Nord, OnePlus says it has no plans to release Nord CE in the US. Instead, the United States has the OnePlus Nord N200 5G to look forward to. It’s a successor to the N100, which OnePlus CEO Pete Lau recently confirmed will sell for under $ 250.