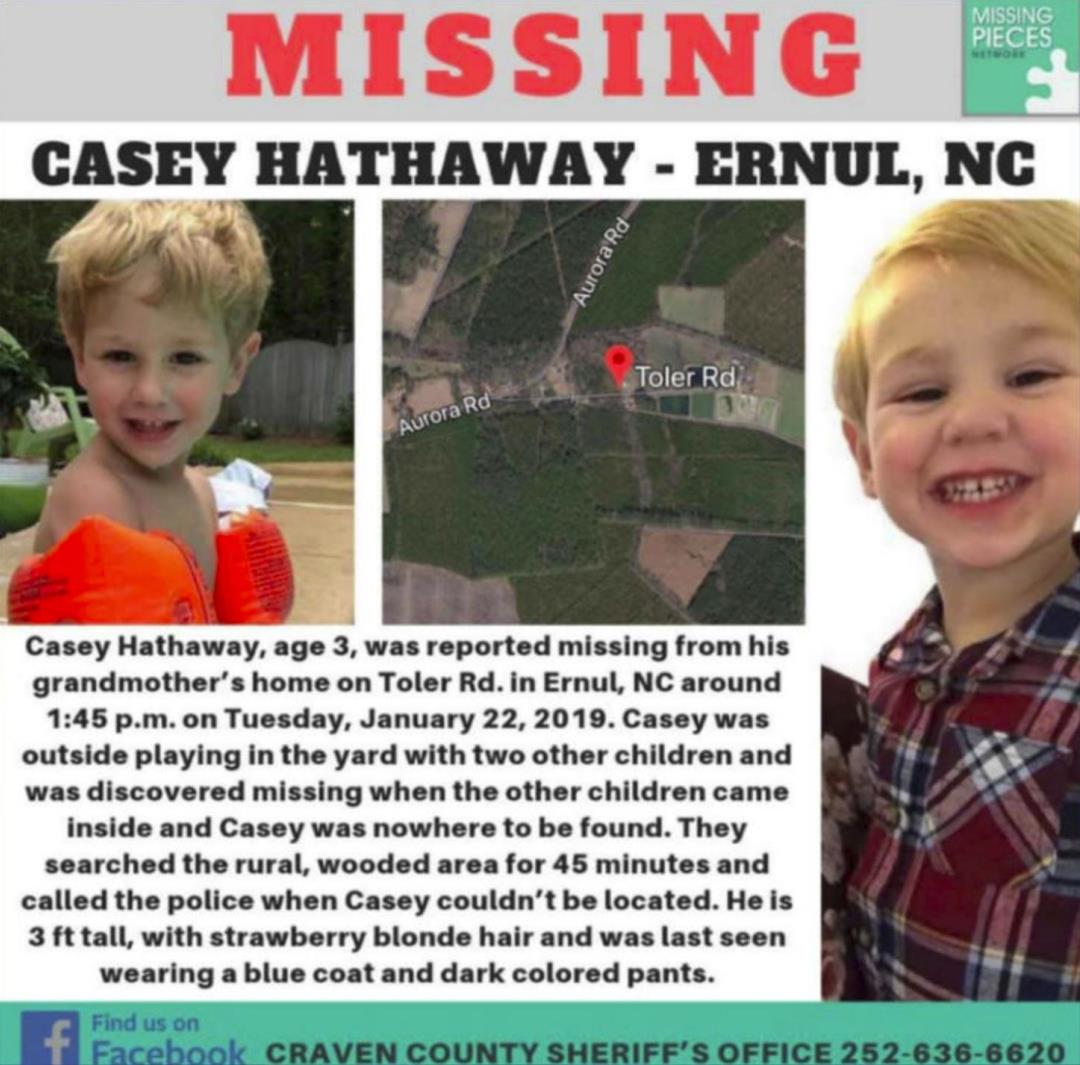 (newser)
–
Little Casey Hathaway can now check out "hung out with a bear" off his bucket list. At least, that's according to the 3-year-old himself, who says that's what he did while he was missing in the woods of North Carolina for two days, the Charlotte Observer reports. "God sent him a friend to keep him safe," he posted on Facebook Thursday, noting the preschooler was "healthy, smiling, and talking" after his ordeal. Casey was found Thursday in the woods of Ernul, caught up in briars, after wandering away from his grandmother's home Tuesday. He was less than half a mile from where he'd first gone missing. Authorities were able to locate Casey crying out and called 91


Casey's bear story is raising some eyebrows — one Facebook commenter notes "anyone who truly believes that a bear cared for him and knows him nothing about bears" have been a real live bear but an image or a dream sent by God to keep that baby moving and to keep him from giving up. " Casey spent Friday in hospital getting checked out, "eating cheetahs, nuggets, and watching Paw Patrol ," his aunt wrote on Facebook. She adds that, on request, the family will set up a PO box for him as well-wishers can send him notes and gifts. "Both his and his big sister have [endured] so much about the last three days so we thank you for wanting to be so kind to them," she wrote Friday. By WBTW, Casey was deemed in good condition by the hospital and had been set to be released either later Friday or Saturday. (Read more uplifting news stories.)