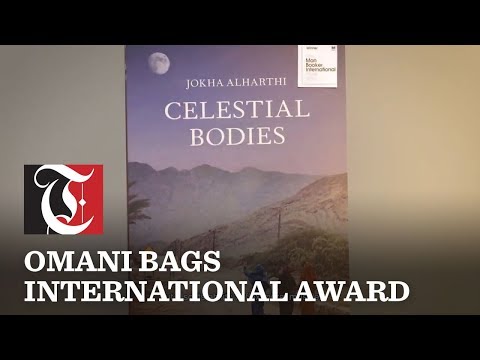 According to a statement by Man Booker, "Celestial Bodies, written by Jokha Alharthi, translated by Marilyn Booth from Arabic and published by Sandstone Press, is today, Tuesday 21 May, announced as the winner of the Man Booker International Prize 2019. "

The judges were impressed with the book's writing style, but its depictions of Oman and its moral ideas. The award comes with a cash prize of OMR 25,000.

Jokha Al Harthi, who studied literature at Edinburgh University, said that literature played an important role in her life.

Jokha, who pursued a PHD in Edinburgh University, said about the university on its website, "the literature classroom moments saved me. That feeling of being immersed in my dream: a literature paradise. "

Elnathan John, a novelist and one of the judges, said," We were very impressed by the subtlety of the style, the depth of the writing, its intellectual reach. But also its ability to flex moral muscle. "

The statement by Man Booker read," Jokha Alharthi, the first female novelman to be translated into English, is the first author from the Arabian Gulf to win the prize. "

Celestial Bodies tells of family connections and history in the coming-of-age account of three Omani sisters. It is set against the backdrop of an evolving Oman, which is slowly redefining itself after the colonial era, at the crossroads of its complex present.