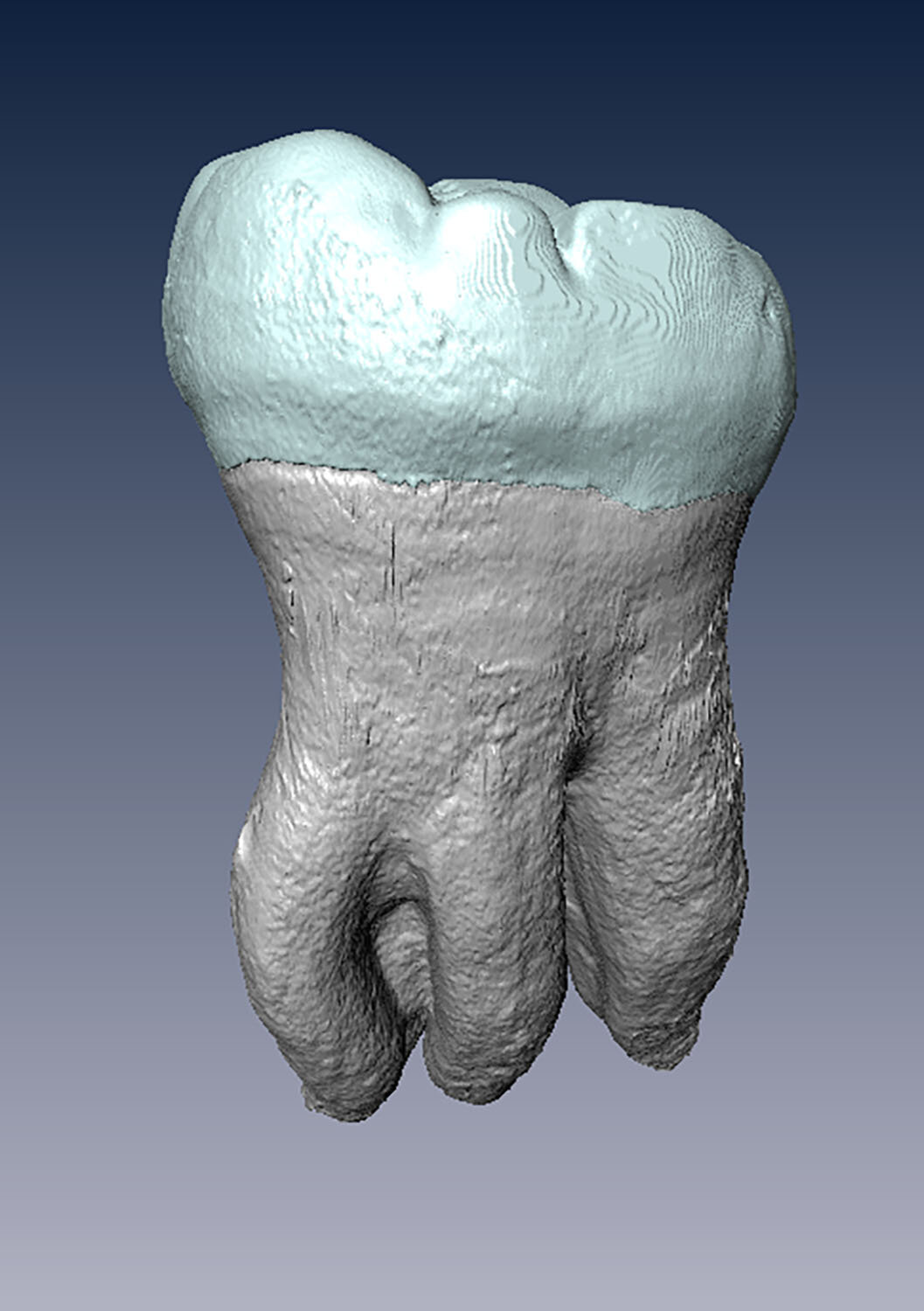 An analysis of a 1

The study, which appears from the journal Proceedings of the National Academy of Sciences focuses on a three-rotated lower molar-a rare property found primarily in modern Asians – previously believed to have evolved after H. sapiens dispersed from Africa.

The new research points to another evolutionary path.

"The presence of the property in the fossil suggests both that it is older than previously understood and that some modern Asian groups gained traits through interbreeding with a sister group of Neanderthals, Densiovans," explains Shara Bailey, anthropology professor at New York University and lead author.

In a previous study published in Nature, Bailey and her colleagues concluded that the denisovans occupied the Tibetan plateau long before Homo sapiens arrived in the region.

The work with the new PNAS analysis focused on a hominin lower mandible found on the Tibetan plateau in Baishiya Karst Cave in Xiahe, China in 1980.

The PNAS study, which also included NYU anthropologist Susan Antón and Jean-Jacques Hublin, director of the Institute of Human Evolution at the Max Planck Institute of Evolutionary Anthropology, centered on molar with the goal of understanding the relationship between archaic people occupying Asia more than 160,000 years ago and modern Asians.

"In Asia, there has long been a demand for continuity between archaic and modern people because of some common features," notes Bailey. "However, many of these features are primitive or are not unique to Asians. The three-rat lower molar property is unique to Asian groups. Its presence in a 160,000-year-old archaic person in Asia strongly suggests that traits were transferred to . H. Sapiens in the region through interbreeding with archaic people in Asia. "

First hominins on the Tibetan plateau were Denisovans

Citation :
Old molar points to interbreeding between archaic people and Homo sapiens in Asia (2019, July 8)
retrieved on July 8, 2019
from https://phys.org/news/2019-07-ancient-molar-interbreeding-archaic-humans.html

Earth’s satellites, power grids and planes may have more time to prepare for the threat of sun rays