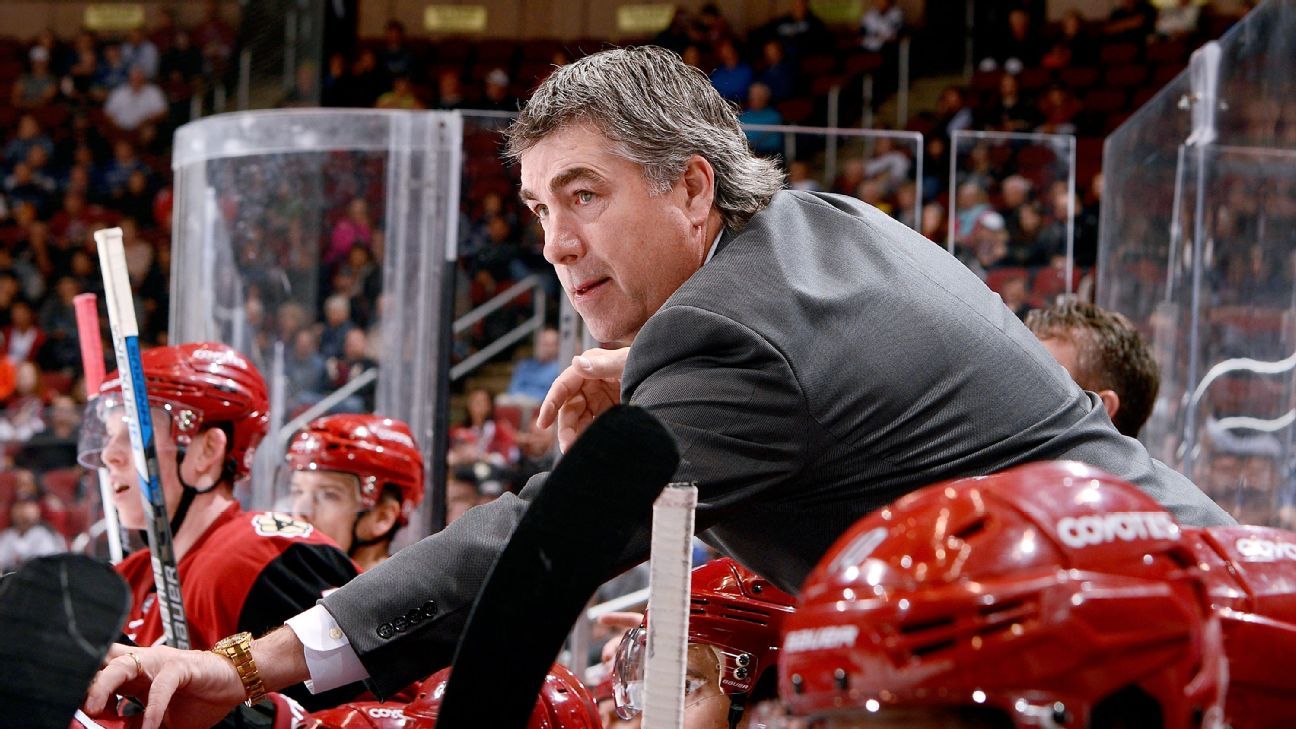 Dave Tippett has been hired as the 16th head coach of the Edmonton Oilers – and the third of superstar Connor McDavid's five-year career. ] Tippett, 57, has previous coaching experience with the Dallas Stars from 2002-08 and the Phoenix / Arizona Coyotes from 2005-1

His teams made the playoffs in eight of nine seasons from 2002 through 2011, before his teams in Arizona struggled to compete due to financial constraints. Most recently, he was a senior advisor for the NHL's Seattle expansion franchise, helping to design their revamped arena and build out their hockey operations department.

He didn't go to Seattle to become the team's general manager or coach, although the Laughing job started intrigue as his competitive fires started burning again. But with Seattle entering the league in 2021, that would have been too long for him to get back into coaching.

The Oilers, however, had a more immediate opportunity, with newly hired general manager Ken Holland looking for a replacement for coach Ken Hitchcock, who took over the team midseason and assisted in the hiring process after the season.

Both kept circling back to Tippett as the best candidate and signed him to a three-year deal. They liked the structure with which his teams played. They liked the results he had in previous stops in the NHL.

"I'm big on experience," Holland said. "When you are in the NHL, there are always some choppy waters. You have to be steady on the rudder."

The waters aren't just choppy in Edmonton. Using that analogy, the Oilers are hockey's worst jacuzzi. They've made the playoffs once since 2006 – McDavid's second season – but now they have their chance to contend with the best player in the world on their roster.

Tippett sees the Oilers as more than a two-man team with the 22-year-old McDavid and Leon Draisaitl. He said he sees a team that should follow the template of the current Stanley Cup finalist Boston Bruins and St. Louis Blues.

"Sound defensive teams," said Tippett, "but teams that allow their players to flourish with the puck."

But when it comes to the big two, Tippett said he likes to see McDavid, who has a deal that runs through 2025-26 with a $ 12.5 million cap hit, and Draisaitl playing together.

Tippett said the two on the ice together reminds him of McDavid's coaching as an assistant with Team North America in the World Cup of Hockey in 2016, when Auston Matthews was added to McDavid's line as a winger.

"I like seeing them together. It seems like they feed off each other," Tippett said. "That being said, I'm not stuck on that. I want to see how the rest of that lineup looks." Many are curious what the Oilers will look like under Tippett. His teams in Arizona were known for smothering defense. After Hitchcock, have the Oilers gone for a second straight veteran defensive coach?

Tippett pushes back against that label.

"I laugh at that time. My first [head coaching] job in the NHL, I got because I was an offensive coach, "Tippett said, referring to being hired in Dallas after serving on the [Los Angeles Kings] staff. "Then I went to Arizona and I had to figure out how to win those high-end scorers."

He has them now in Edmonton, and Tippett's message at his introduction was clear: team he's been given.

With that, the focus returns back to Holland, who will be tasked with trying to find the people with whom Tippett can win.