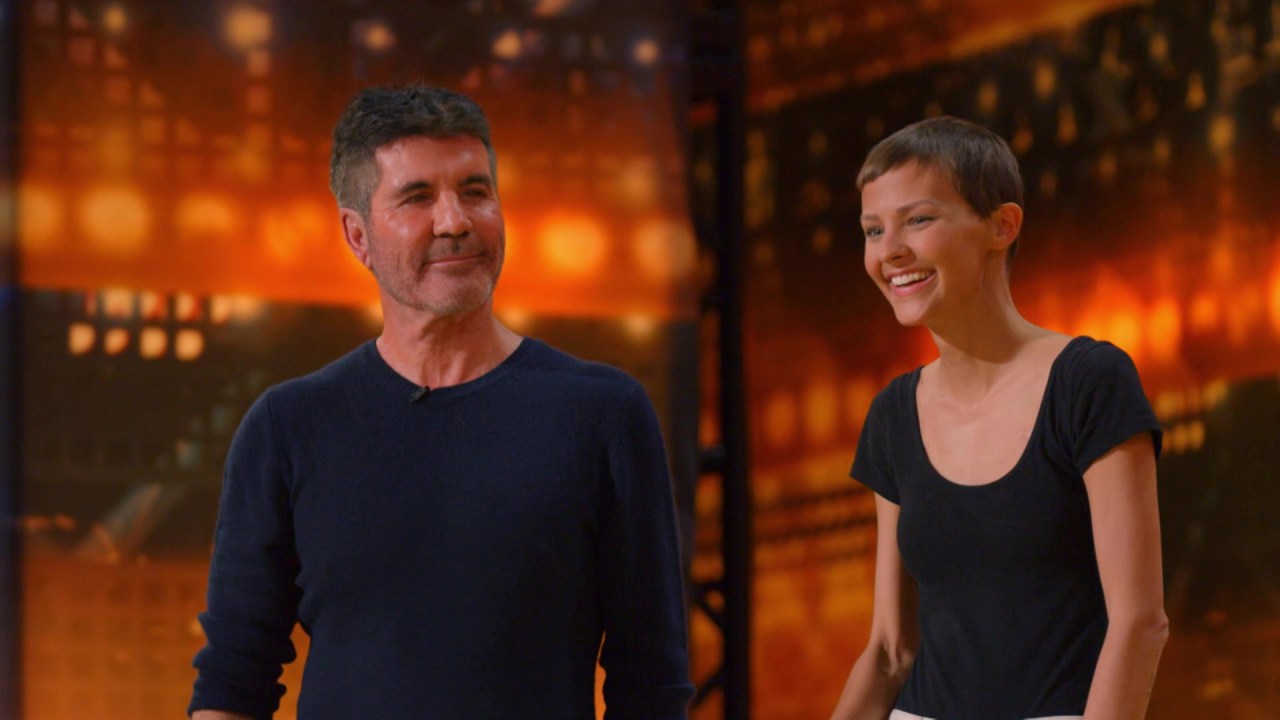 1; Musical artist Nightbirde, from Zanesville, Ohio, has won America’s Got Talents’ second Golden Buzzer of the season after a magical performance during the second round of auditions given to her by Judge Simon Cowell.

Jane Marczewski, who goes under the imaginative moniker “Nightbirde” when she sings, told the judges that she planned to sing the original song “It’s OK” and explained, “It’s the story of the last year of my life.”

When asked by Howie Mandell what she does to live, Marczewski, 30, opened up about her cancer battle.

“I haven’t worked in a few years,” she explained. “I’ve been dealing with cancer.”

Before going up to the microphone, she added, “It’s important that everyone knows I’m so much more than the bad things that happen to me.”

After a standing ovation, the judges’ compliments rained down on her, and eventually also gold confetti.

“It’s funny because singers come and, and I and I think about authenticity, that you know when you feel it when it moves you. It felt like the most authentic thing I’ve heard this season, ”Judge Howie Mandell said.

“It was strong. It was heartfelt and I think you are fantastic, ”Judge Sofia Vergara jumped.

“You gave me chills. I mean, your voice is so beautiful to listen to. It was beautiful all around, ”added judge Heidi Klum.

“Your voice is amazing. Absolutely amazing! Declared Simon Cowell. “And I completely agree with what Howie said. You know about authenticity. There was something about that song, and the way you just almost randomly told us what you’ve been through. ”

Marczewski then addressed the judges directly.

“You can not wait until life is no longer difficult before you decide to be happy,” she told them.

Which made Cowell give a deep, heavy look.

“There are some good singers this year, though,” he then added with a slight smile. “And I will not give you a yes. I’ll give you something else. ”

And with that, Cowell hit the Golden Buzzer in a dramatic way.

After the confetti dropped and she received a hug from Cowell, host Terry Crews spoke to her behind the scenes.

“You blew us all away,” said the crews. “You’re the voice we all need to hear this year.”