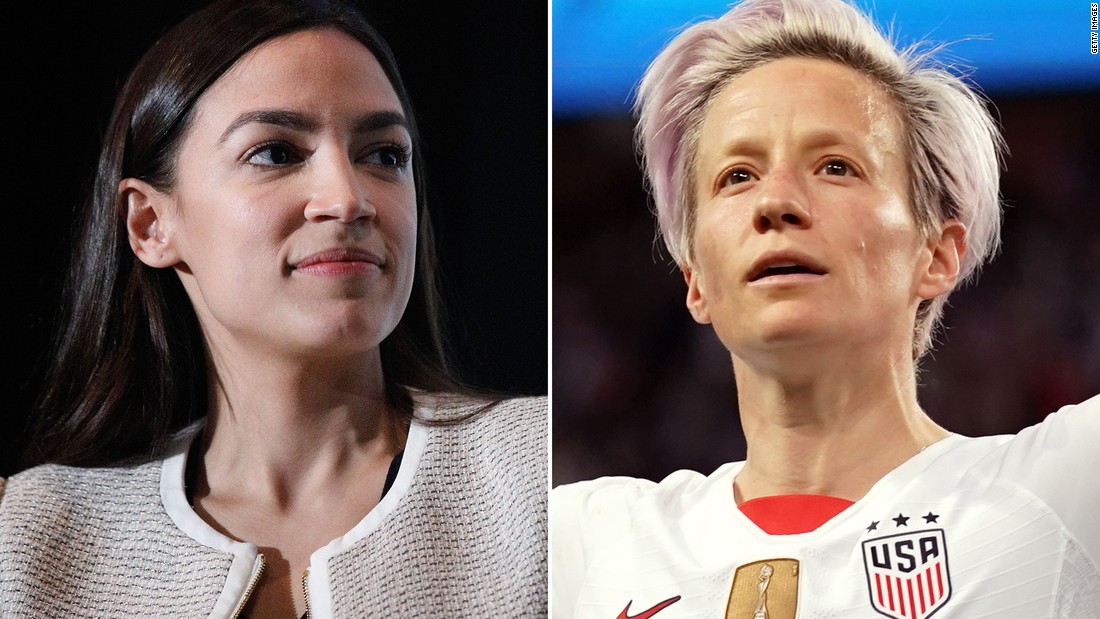 So, Rep. Alexandria Ocasio-Cortez decided to invite the team to another house: The House of Representatives

Ocasio-Cortez posted her invitation Friday just hours after the team defeated host France to reach the World Cup semifinals. Rapinoe scored both goals in the 2-1 win.

"It may not be the White House, but we'd be happy to welcome @mPinoe & the entire #USWMNT for a tour of the House of Representatives anytime they'd like, "wrote the New York congresswoman.

Rep. Ayanna Pressley of Massachusetts got into the conversation and said she would bring red velvet cake for the occasion.

Rapinoe made her comments about not wanting to go to the White House to a reporter for Eight by Eight, a soccer magazine.
President Trump responded to Rapinoe's comments on Twitter saying "I am the big fan of the American team, and Women's Soccer, but Megan should WIN first before she TALKS! Finish the job!"

The team will play England in the semi-final on July 2.