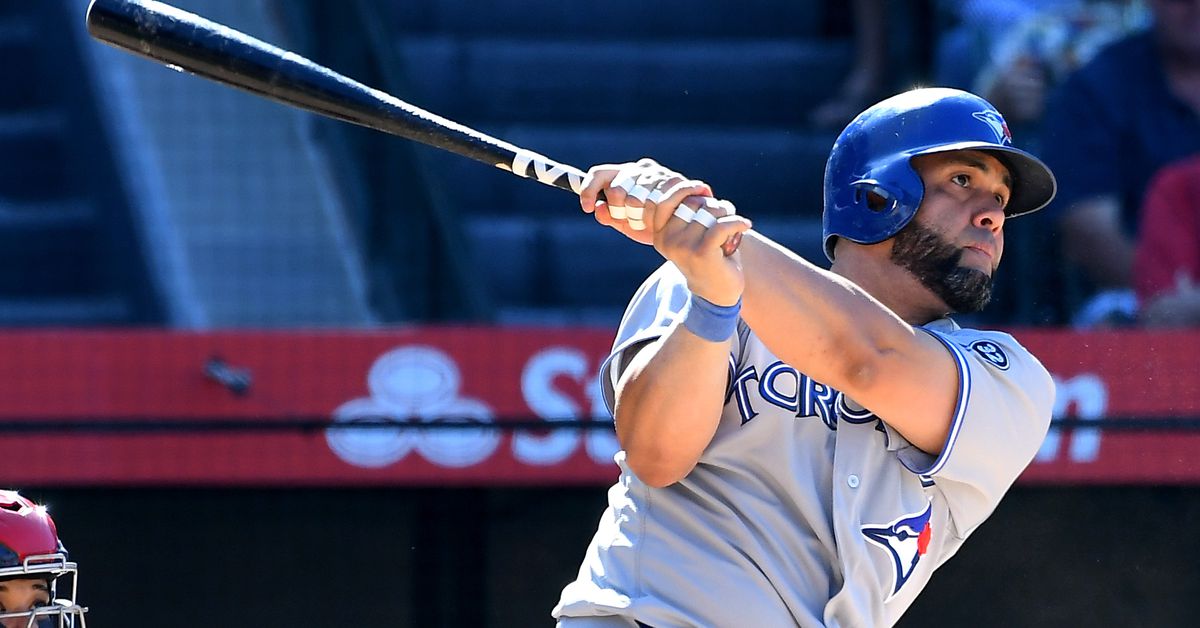 Oakland A&O took over Kendrys Morales from Blue Jays Wednesday, the team announced. In exchange, Toronto received a smaller leaguer and international slot money. Morales is slated to earn $ 12 million this season, and Blue Jays will cover more than $ 10 million while the Aces pay him less than $ 2 million, reports Susan Slusser from S.F. Chronicle.

Opening day is less than 24 hours away, but it's easy to see why Oakland pushed in a last move. Last week, the first baseman Matt Olson lost to a broken hamat and he is expected to be out for a month or two. They have a collection of versatile and promising players who were ready to fill in, including other baseman Jurickson Profar, who is preparing to slip over part-time work, but instead they go with an external add-on.

For his part, Morales gives an above-average bat, even as he approaches his 36th birthday in June. He's far from getting downballot MVP votes in 201

5, but he's still gathered a 106 wRC + in the three years since then. He has on average 25 homers over the last four years, and at best he also does a decent job. Here is his 2018 figure, which is also representative of his 2016-18 line except for the career-high walk (with a career-low swing rate).

Perhaps most important is Morales a switch hitter. After losing Olson and catching Chis Herrmann for injuries, Oakland's lineup leaned hard to the right – the only left-handed swingers left on the active roster were Profar and outfielder Robbie Grossman. Now Morales is producing three lefties, which are still not ideal, but at least closer to it. Slussen suggests that Morales could see a peloton with Mark Canha in the first base, as the novice "has consistently mauled right-handed pitching throughout his career," according to GM David Forst ( via Slusser ). The downside, his defense seems unlikely to be positive. He has mostly served as a DH since 2012, with only 129 starting at first base in the seven years combined, so at least he has not got a lot of practice in games recently. However, his sample sophisticated measurements are decent enough, no matter what they are worth, so he may not be bad either. But he is probably here for his bats first and foremost.

In exchange for Morales, Oakland gave less league infielder Jesus Lopez. The guys signed him for nearly a million dollars back in 2013, but he has not made any serious noise on the field so far and has never done any of our community lists. Melissa Lockard of The Athletic has the following to say about the 22-year-old infant: "Lopez has long been an exciting talent and has looked good in the complex, only to often fight in the high season ball. But there is still a potential for Jays to shape. "Last summer, he played for Single-A Beloit and released 96 wRC + in 84 games with 10 homers and decent record discipline.

To make room for the 40-man jug Jharel Cotton was transferred to the 60-day damaged list as he completed his recovery from Tommy John's surgery. No movement has yet been made to fit Morales on 25-man roster, but beatwriters all suggest that the infant Franklin Barreto is the logical choice to go down, as he would probably initially have if Olson had not been injured. Slusser notes that it is unclear whether Morales will arrive in time for Thursday afternoon's games, so it is possible that he will not participate in the active roster until Friday.

I don't understand. I mean, I get it on its logical core. The guys lost their left wing first baseman, so they found a new first baseman, which bats left and is a decent enough hitter. It did not cost much between a nominal outlook and only a mill or two in cash. It makes sense in a world where people were desperate for an answer.

But it didn't seem like they were, and Olson won't even be out there for a long time, so what was the point? They went to all these problems to build a roster full of versatility and dynamic youth, but instead of using it, they just picked at the last minute and found a safe mediocre stopgap. They did not give up much, but even a mill or two are more than nothing, and when you are one of the lowest budget teams in the league, all these small pairs of depths begin.

Don't make me wrong that's up. Morales can get hot and smash the ball for a month and make a big positive contribution, but only in the way that every competent hitter could theoretically. Like breakout candidate Pinder might be in the role of everyday life, or as high-ceiling youth Barreto might have blown up the scene with a hot month, if some time is spent on another base. Meanwhile, it's nice to have the extra left wing, but is it really the big deal in the short term, especially when the keywords don't seem to have big problems?

Having said all that, I am not disappointed that Profar will not have to move out of position and stay where he should be. And I can't say that Morales gets worse on the ground than the other internal options like Profar or Pinder; No one has much experience, and someone would have been a significant downgrade from Olson's brilliance. It was just not something I thought they needed to do a whole different deal. However, on the bright side it sounds like it will at least not affect Canha's ability if Slussers platon guess is correct. (I was personally in favor of Canha, just getting the daily 1B job, but it wasn't already before Morales came here.)

But still. The Agencies have a looooong line of quality actors and prospects of itching, and we got dangerously close to actually seeing some of them. Instead, Kendrys Morales gets a month or two of the bat. He is a fine player who belongs to the majors and is able to do some damage, and he is a good fit to the lineup, but I'm just not sure how much an upgrade he is or why this panic movement was necessary. Hopefully he will return to his 2015 form and marsh until Olson returns, because that is the only way it seems to end up being the hassle.