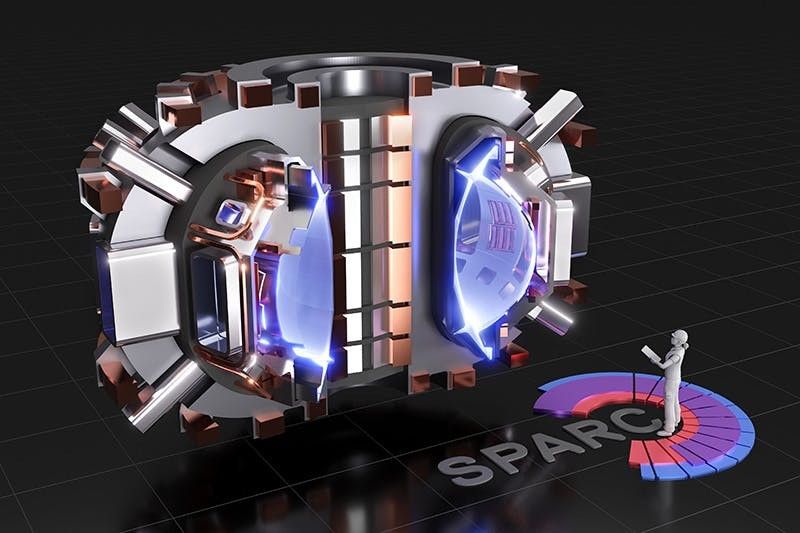 A viable nuclear fusion reactor – one that spits out more energy than it uses – could be here as soon as 2025.

It is the takeaway of seven new studies published on September 29 in Journal of Plasma Physics.

If a fusion reactor reaches this milestone, it can pave the way for massive production of clean energy.

During fusionatomic nuclei are forced together to form heavier ones atoms. When the mass of the resulting atoms is less than the mass of the atoms that went into their creation, the excess mass is converted into energy, releasing an extraordinary amount of light and heat. Fusion drives the sun and stars like the mighty gravity by their hearts merge hydrogen to create helium.

Related: Science facts or fiction? The probability of 1

But an enormous amount of energy is required to force atoms to fuse, which occurs at temperatures of at least 180 million degrees Fahrenheit (100 million degrees Celsius). However, such reactions can generate far more energy than they require. At the same time, fusion does not produce greenhouse gases such as carbon dioxide that drives global warming, nor does it generate other pollutants. And fuel for fusion – such as the element hydrogen – is plentiful enough on the earth to meet the energy needs of all mankind for millions of years.

“Almost all of us got into this research because we’re trying to solve a really serious global problem,” said study author Martin Greenwald, a plasma physicist at MIT and one of the leading researchers developing the new reactor. “We want an impact on society. We need a solution to global warming – otherwise civilization is in trouble. It seems it can help solve it.”

Most experimental fusion reactors use a donut-shaped Russian design called a tokamak. These designs use powerful magnetic fields to limit a cloud of plasma or ionized gas at extreme temperatures, high enough for atoms to fuse. The new experimental unit, called the SPARC (Soonest / Smallest Private-Funded Affordable Robust Compact) reactor, is being developed by researchers at MIT and a spin-off company, Commonwealth Fusion Systems.

If successful, SPARC would be the first unit to ever achieve a “burning plasma” where the heat from all fusion reactions keeps the fusion going without the need to pump in extra energy. But no one has ever been able to harness the power of burning plasma in a controlled reaction here on Earth, and more research is needed before SPARC can do so. The SPARC project, launched in 2018, is scheduled to begin construction in June next year, with the reactor starting in 2025. This is far faster than the world’s largest fusion power project, known as the International Thermonuclear Experimental Reactor (ITER), which was conceived in 1985, but first launched in 2007; and although construction began in 2013, the project is not expected to generate a merger response until 2035.

An advantage that SPARC can have over ITER is that SPARC’s magnets are designed to limit its plasma. SPARC will use so-called high-temperature superconducting magnets, which only became commercially available in the last three to five years, long after ITER was designed. These new magnets can produce far more powerful magnetic fields than ITER – a maximum of 21 teslas compared to ITER’s maximum 12 teslas. (By comparison, the Earth’s magnetic field varies in strength from 30 millionths to 60 millionths of a tesla.)

These powerful magnets suggest that the core of SPARC may be about three times smaller in diameter and 60 to 70 times smaller in volume than the heart of ITER, which is designed to be 6 meters wide. “The dramatic reduction in size is accompanied by a reduction in weight and cost,” Greenwald told WordsSideKick.com. “It really is the game changer.”

In seven new studies, the researchers outlined the calculations and supercomputer simulations behind SPARC’s design. SPARC is expected to generate at least twice as much as 10 times more energy than is pumped in.

The heat from a fusion reactor would generate steam. This steam will then drive a turbine and an electric generator, in the same way that most electricity is produced today.

“Fusion power plants can be a one-to-one replacement for fossil fuel plants, and you don’t have to restructure electrical networks for them,” Greenwald said. In contrast, renewable energy sources such as solar and wind are “not well catered for by the current design of electrical networks.”

SPARC only produces heat, not electricity. Once scientists have built and tested SPARC, they plan to design the Affordable Robust Compact (ARC) reactor, which would generate electricity from the heat by 2035.

“It’s very ambitious, but that’s the goal we are working towards,” Greenwald said. “I think that’s really plausible.”

Does our solar system survive the death of our sun?