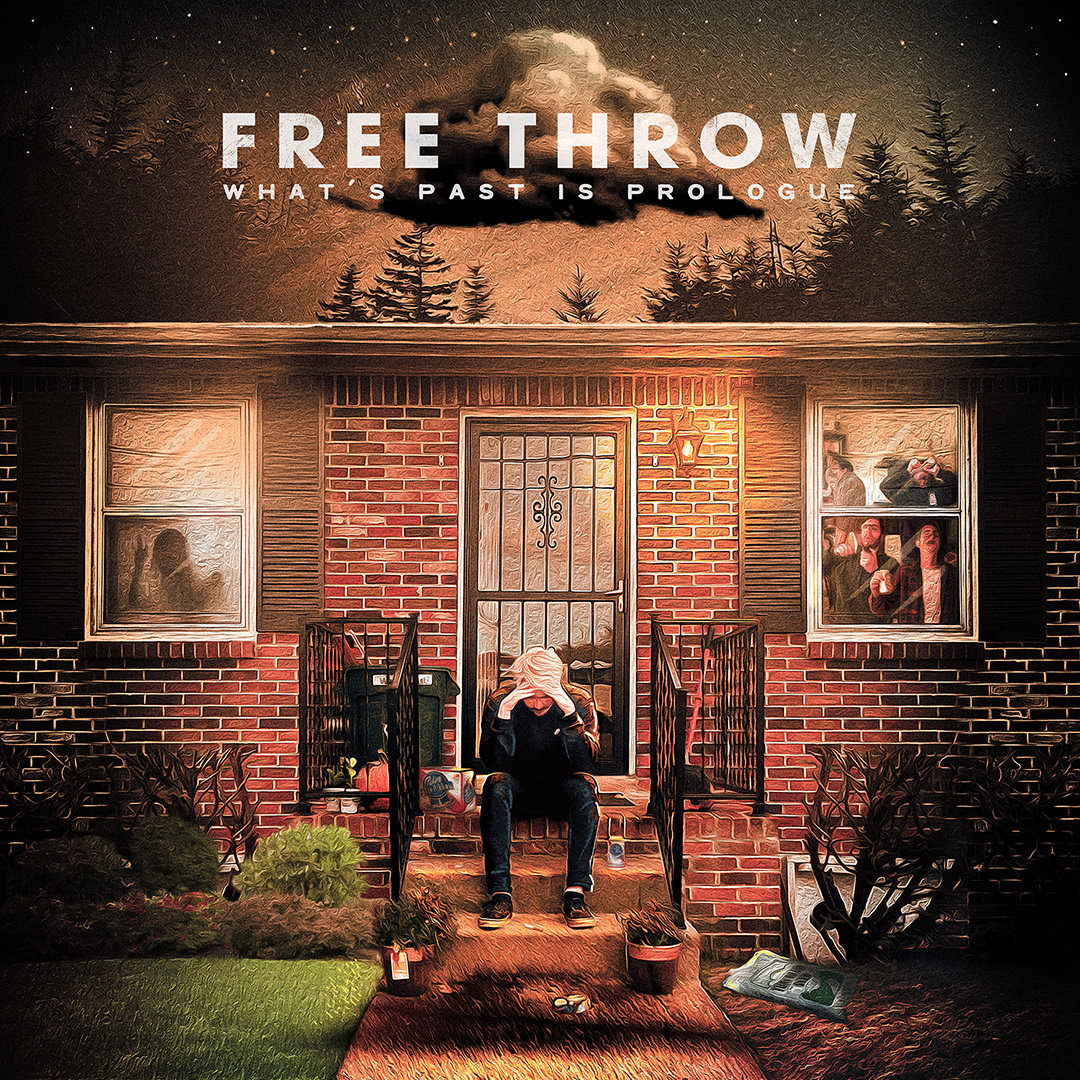 So many artists, so little time. Every week we review five new albums (of all genres), round up even more new music that we would call "indie" and talk about what metal comes out. We send music news, show recaps, track premium sites and more all day. It includes many tour announcements, a list of tonight's NYC shows, and NY shows that just went on sale. We publish a monthly playlist of some of our favorite tracks. Here is a daily roundup with a bunch of interesting, recently released songs in one place …

Nashville emo band Free Throw publishes their new album What formerly Is Prologue on March 29 via Triple Crown and lead of lead single "The Corner & # 39; s Dilemma", it sounds as if the band really strengthens their game for this. It has gotten everything from freaks to hardcore to dull Midwest emo to big pop punk hooks, all rolled up in a passionate, powerful song.

Blackened Philly punks Devil Master has shared another single out of their upcoming Relap debut, Satan Spits on Light of Children and as the last single it is raw and dark and cruel, but with light, catchy tunes trying to fight through. The video resembles a vintage horror flick that perfectly matches the song.

Larry "Ratso" Sloman is a NYC-based author who has been bound to hip with pop and pop since the 60s and has collaborated with Bob Dylan, Lou Reed, John Cale and Leonard Cohen and helped Anthony Kiedis and Howard Stern write their autobiographies. (Look for him to have a big part in Scorsese's upcoming Netflix documentary on Bob Dylan.) At 70, he adds another feather to the hat: singer-songwriter. "Maybe I can be the Jewish Susan Boyle," Ratso says. "The oldest best new artist ever, and if it doesn't spread, I can always do on subway platforms. Hi, I can come in at half price!" Working with Caged Animals the lead Vince Caccione, he releases his debut album, Stubborn Heart, April 5 via Lucky Number. The album contains performances by Nick Cave, Warren Ellis and others, including this duet with Nick. All the time around Dylan has surely rubbed off.

UK funk outfit Ibibio Sound Machine releases their new album Doko Mien on March 22 and here is another infectious jam from the album that mixes disco, 80's electro with English and Ibibio language texts. "The Ibibio lyrics on the track are about the healing power of the river," says the singer Eno Williams "and the choir." Do you want to come down, get ready "Coz we come to" invite people to come, dance and get involved in it that's going on.

Our fingers are still crossed to a new System Of A Down album, but meanwhile, frontman Serj Tankian keeps lending of his awesomely separate voice to other artists' songs (he is a bit to become alt-metal Other 3000). His latest vocal contribution is to "Black Blooms" by O.R.k., the prog supergroup that includes lead singer Lorenzo Esposito Fornasari, Porcupine Tree bassist Colin Edwin, Marta Sui Tubi guitarist Carmelo Pipitone and King Crimson drummer Pat Mastelotto. The song will appear on ork's upcoming album Ramagehead (due February 22 via Kscope Records).

Brooklyn Band Patio has been together for about four years, honing their songwriting craft and sound, which draws from post-punk and indie rock . The band is set to release their debut album Essentials on April 5 via "Fire Talk" and have just shared wiry first single "Boy Scout" that blends vocal and guitar lines.

Atlanta rap duo EarthGang publishes their real debut album MirrorLand on J Cole's Dreamville Records at some point this year and they have now shared A song with colleagues Atlanta rapping Young Thug, it's poppy, jumping and a bit odd – the perfect kind of song for Young Thug to jump on.

Lots of Appeal Records start 5 Tour with Fashawn, Straw, Ezri, Cantrell and 070 Phi starting Wednesday (2/6) and before the tournament has released the label Starting 5: Vol 1 compilation. It has many things worth hearing, including opening tracks "Apostles" containing label head Nas along with Start 5 tourmates Fashawn and Ezri. With a fuzzy, psychedelic, backlash from Statik Selektah, this is much more in Nas & # 39 ; comfort zone than last year's Kanye-produced album, and it's nice to hear him g make this kind of thing again.

The Misery Index has shared another bone crusher out of their upcoming Rituals of Power . It's called "The Choir Invisible" and it hopes that this new LP will be a ripper.

If you wrote by Wand as just another garage-psychic band, check back with Cory Hanson and the crew whose new single sounds more like the end of the 90's Radiohead than anything that Ty Segall has done.

Many rooms, including Houston-based musician Brianna Hunt, follow up in 2018 There is a presence here with a new single – the joking, extra and atmospheric "99 proof."

Mat Kerekes is the front man of post-hardcore band Citizen, but he explores other types of less aggressive music with his solo career, and new single "Diamonds" is a much clear greeting to queen.

Devi McCallion and Rook released their debut LP as Black Dresses, WASTEISOLATION and a follow-up in EP, HELL IS REAL in 2018. One month in 2019 and they have shared another new release, THANK YOU who find the duo continue to pay tribute to powerful, loaded song lyrics

Norwegian artist Susanna & # 39; s Hieronymus Bosch-inspired collaborative paper with The Lady of Our Lady, ] Garden of Earthly Delights will be released on February 22nd. She has shared a third new single, "Wilderness" from it; Another dose of atmospheric piano-backed pop.

Jamila Woods has announced her new album LEGACY! LEGACY! (due 5/10 via Jagjaguwar) and shared the very promising second single "ZORA", which we wrote more about here.

TR / ST – "GONE" [19659012] Robert Alfons is back with his first new TR / ST album in five years. Make it two entries that Destroyer will be a two-party, both out this year. Check out the first single.

Lemonhead's new album, Varshons II, is all cover, but "Unfamiliar" is actually a Evan Dando is co-starred with Tom Morgan from the 90s Australian band Smudge (and dates from around 2003).